A Christmas Proposal Leads to Vows in the Spring 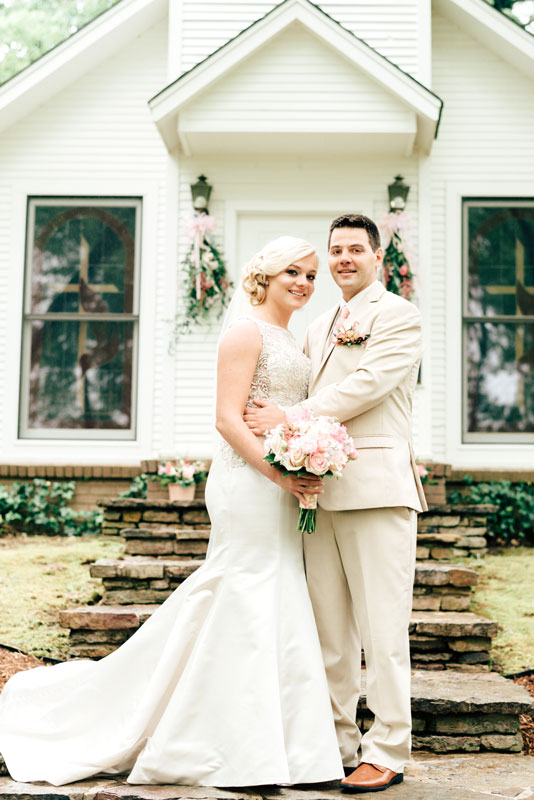 Leah Yeager and Edward Payne Harding say “I do” in a romantic ceremony on the family’s Little Rock farm.

restaurant. Harding had just returned from culinary school in New York in his first restaurant role. “I was at 1620 for dinner one night and ordered his special,” says Yeager. “He came over to the table and asked how it was. I was immediately attracted to him but was too shy to say anything.”

Two years later their paths crossed again when Harding opened downtown restaurant, Cache, and the spark was still there. “We recognized each other right away,” says Yeager. “I only worked there temporarily and left quickly to pursue my career as a hair stylist.” Harding didn’t wait long. Soon after Yeager’s departure from Cache he asked Yeager out on their first date and the two have been together since. 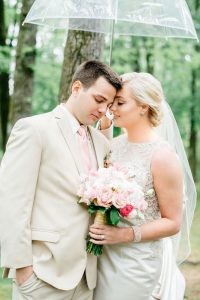 Standing together as man and wife under the umbrella after the ceremony was the highlight of the day for the groom.

On Christmas day 2015 the couple were planning a long drive to visit Yeager’s family for the holiday. “We went to Payne’s parents house for brunch before leaving town and he was acting a tad bit funny. I thought he was just dreading the long drive,” says Yeager.

“Right before we left he pulled me to the garden area by our house,” says Yeager. “He hugged me and told me all the things he loved about me and how he couldn’t imagine ever being without me.” To her complete surprise Harding then got down on one knee and proposed.

“Without any hesitation I said ‘yes!’ We were both so happy, I cried and couldn’t wait to share the news with my family,” says Yeager. “We shared our first meal as an engaged couple at one of the only gas stations open,” says Yeager. “We ate corndogs. It was Christmas day and every restaurant was closed. It was our special moment and I wouldn’t have had it any other way.”

There was no question where the couple would wed. “It had to be at the family’s farm,” says Yeager. “I knew we would spend many years to come visiting and having a constant reminder of the best day of our lives.”

In a private ceremony for family and the bridal party, the bride wore an antique ivory sheath, floor length gown from Allure Bridals from Low’s Bridal & Formal in Brinkley. The satin and beaded dress boasted a chapel length train. Yeager was escorted down the aisle by her father. “One of my most memorable moments of the wedding was having my dad walk me down the aisle,” says Yeager.

For Harding, his unforgettable wedding day memory will always be the two exchanging their vows. “I’ll also never forget standing underneath the umbrella taking photos after our ceremony.” Sharing their first dance as Mr. and Mrs. Harding was  also an unforgettable experience for them both.

The post nuptial reception came with many well wishes from the over 250 guests and, of course, lots of marriage advice that Yeager and Harding plan to heed. “Everyone has said that ‘the first year is the hardest,’ and to ‘laugh often and never go to bed angry,’” says Yeager. “Mostly, it was important to us everyone had a great time and was present to celebrate with us on our special day.”

The couple is planning a honeymoon to St. Barthelemy in the Caribbean. 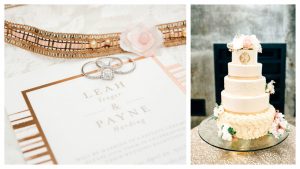 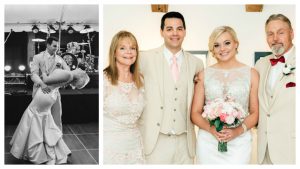 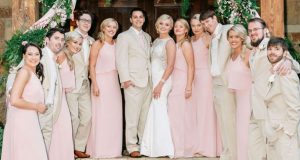 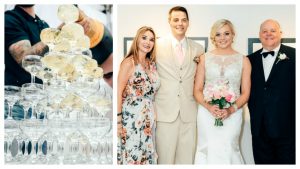