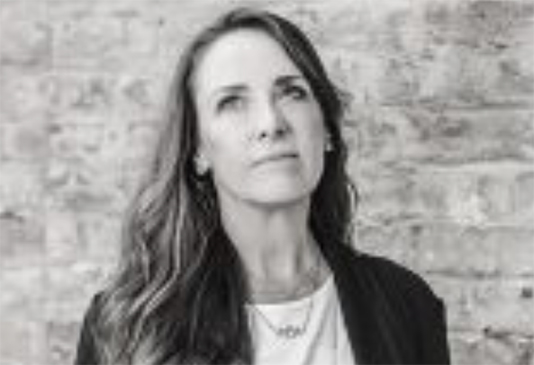 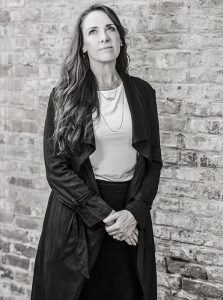 The blood pounded in Jajuan Archer’s ears as she ran, feet slapping the pavement, the frantic air clogging her throat. She’d run down the streets of her Bryant neighborhood many times since she took up the activity, but never like this. Never in the erratic, zig-zag pattern of one expecting a slug to cut them down. Never with such fear and desperation. Never before running for her life.

A few seconds earlier, she’d shot him. Trapped inside her car staring down the barrel of a rifle, she couldn’t talk him down like the last time, couldn’t get his brain to click past idling on the idea of killing her and himself, seeking some twisted vindication. He’d told her as much, his eyes black with rage. “It’s over for you,” he said, and she believed him.

So she snatched the pistol she’d only recently started carrying in her purse and, knocking the rifle barrel into the dashboard, fired into her former boyfriend until there was nothing left but clicks and smoke. Her door flew open, her feet found the pavement, and she was off.

Witnesses told her later the man staggered out of the driver’s seat, levelled the rifle on the trunk of the car and took aim, but never fired. A passerby came along in a pickup, mouth agape at the sight, and pulled over around the next bend. Archer raced to him, flung herself at the now-parked vehicle and began begging him for help, stammering, shaking, wheezing through the adrenaline of what had just happened so quickly, yet slow enough she’d never forget it.

Jajuan Archer had finally fought back.

It’s quiet in the beauty salon, the place where Archer makes her living. It’s been a hectic day and her niece Alexis Broderick has insisted on pampering her for a few minutes, brushing and braiding her long, brown hair.

“Thanks, I love you,” Archer says.

It’s a phrase Archer says a lot – “I love you.” Her husband, her stepsons, her daughter off at her first year of college – “I love you.” An employee of the salon on his way out the door, “Goodnight, I love you.” If you didn’t know her story, you’d think it was an oddly-placed tic of the subconscious, something she didn’t even know she was saying. But Archer knows and feels it every time. She hears it whispered to her in prayer, sees it embodied by her very survival, and so she has to say it to others every chance she gets.

And the most prominent “I love you” Archer has given to the world, the formation of Women’s Own Worth (WOW), transforms the sentiment into real-world action. Informed by her own near-fatal experience, Archer created the nonprofit to raise awareness and help bridge the gap among state and federal resources for survivors of crime and domestic violence.

“I really honor and appreciate people, other survivors that tell their story, because it’s really hard,” she says. “We learn to live with it and over and through it. I’m a better person now. I am.”

It wasn’t that Archer turned a blind eye to women in the community who were facing abuse prior to her own experience. The image of the hairdresser as amateur shrink is no mere stereotype as clients regularly talk about their lives while in the chair. Still, WOW is an organization that likely would have stayed beyond her reach of understanding, had she not had a taste of domestic violence firsthand.

“I would hear of things through the salon by people who were mistreated or abused, and I really didn’t have any of the answers for that, other than to say, ‘You can do better than that,’ and ‘You can move on,’” she says. “But me giving that advice to someone and having never been through it, it was totally different.”

In many ways, Archer is the perfect advocate for women trying to pull together lives altered by violence, because she doesn’t portray what many people assume a victim to be. The successful businesswoman and mother grew up in a close-knit family, one that took up for their own.

When she had enormous difficulty concentrating in school, it only strengthened her parents’ view of her potential.

“My dad said you will never have a label put on you,” she says. “We’re going to make sure you get tutoring or whatever you need, to get to whatever level you need.”

What Archer may have lacked in the classroom, she more than made up for in natural sales skills and moxie. As a kid, she earned $300 mowing yards one summer, then on her father’s suggestion, wrangled a deal at a local flea market to buy a vendor’s supply of unsold shoes which she sold off the back of a truck, tripling her money.

“I was like, ‘OK, I like sales. I like sales a lot,’” she says, with a chuckle that fades to a sigh. Her father died not long ago, making the memory bittersweet.

“He always said if you want something you worked hard for it, and I’ve always lived by that, you know?” she shrugs, sniffling. “I learned a lot from both my mom and my dad.”

Archer’s entrepreneurism, fueled by her tireless drive, allowed her to finish her cosmetology license while still in high school. She hit the working world at full gallop. By 1994, she’d opened her salon, Beyond Hair, as well as accumulated several income properties.

A first marriage yielded her daughter, Erica Cloy Legate, but ultimately didn’t work out. It was during the divorce that she befriended a client, Calvin Keith Brown. Brown was a great listener and Archer soon considered him one of her closest confidants, though in hindsight she can recognize the early stages of manipulation.

RELATED: Cosmetology Students to be Trained in Domestic Abuse Awareness

“I’m a strong, independent person, so I never felt that I would ever be a person manipulated either physically or mentally in any way, shape or form,” she says. “But I came to realize after the fact that it can happen to the strongest of people. [Abuse] doesn’t make any economic or social discrimination.”

Archer has shared the facts of her life in the press and in speeches to groups, but time hasn’t dulled her queasiness telling the story of the relationship with Brown. What started as emotional abuse and mind games accelerated into more troubling behavior that culminated with a coerced trip to Pinnacle Mountain in July 2011. In a parking lot, Brown, who Archer says had never raised a hand to her, whipped out a handgun and pressed it against her head, threatening to kill them both on the spot. She talked him down from that incident and later called the police.

Brown initially disappeared after the incident, but resurfaced less than a month later, jumping out of the bushes at Archer’s home. Brandishing a .30-06 rifle, he ordered her into her car for the one-mile fateful drive that changed the course of two lives forever. He died at the scene and

Archer slept on the floor of a closet for months afterward. Even today her composure melts retelling the ordeal.

“I’m only telling you this to help somebody else,” she says as tears flowed down her face. “Even if it helps just one person, just one woman get out of a situation like that, by recognizing the signs and knowing what’s happening.”

Like a lot of survivors, Archer shares in the emotional tug and pull that many recovering from domestic violence feel over being corralled into a bad relationship to begin with. How could she have not known better? Where were her instincts? Why didn’t she recognize what was coming?

These very questions are detrimental to moving on, she knows, so she keeps them on a high shelf, dusting them off only to help her more closely relate to the women she’s committed to serving through WOW.

“There is nothing like Women’s Own Worth,” she says. “We are funded only through friends, family and community. We have no federal or state money at all, so our hands aren’t tied with red tape to make these people jump through hoops that might take weeks or months or years or never to get the help that they need.”

The list of families who’ve been helped by WOW since its founding in 2012 is as long as its impact is lasting. WOW has arranged and paid for legal, dental and medical services, therapy and a range of other help for survivors. Funding comes from donations and the annual WOWapalooza event, this year scheduled for October 12 at the Governor’s Mansion.

There’s been more widespread accomplishments, too. Working with Rep. Charlene Fite (R-Van Buren), Archer helped craft a law in Arkansas requiring cosmetology students to receive an hour of domestic violence and sexual assault aware-ness training. While not mandatory reporters, cosmetologists can now spot people who may be in need of community resources or other help.

Most recently, WOW has embarked on its most ambitious venture yet, securing land in Saline County for the construction of several transition homes for survivors. The project is being designed by her husband of four years, Greg Archer, director of architecture at Garver; and constructed by her sister Tonia Griffin of CrossIron Construction.

As impressive as the track record is, Archer is loath to take full credit for WOW, saying the same God that put angels between her and tragedy is bearing the organization aloft for all in need to see. Through therapy, grace and a lot of I love yous, she’s happy to be here to play the role she believes was ordained for her.

“I can honestly say we have helped every single person in one way, shape or form that have contacted us,” she says. “I’m really, really proud of that. I’m proud of what we’ve done together in this organization.”

RELATED: Women’s Own Worth Gives to Those in Need