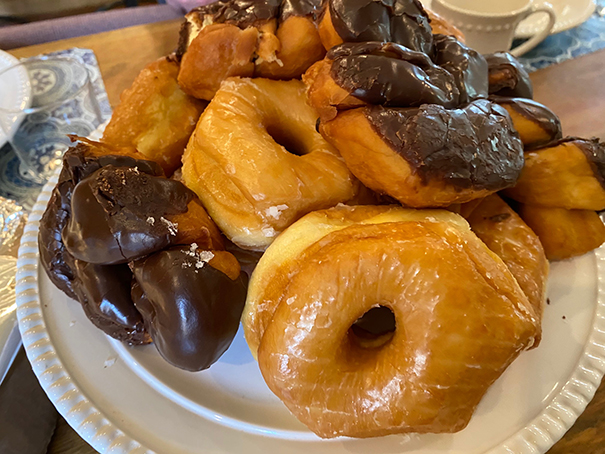 For National Coffee Day, rather than feature actual coffee, I wanted to take a slightly different approach and highlight some of my favorite, sweet tooth pairings for the incomparable java.

As much as I adore pumpkin pie, my fondness for its cousin, the delectable sweet potato pie, is just as profound. In the Little Rock area, you will not find one that beats Lindsey’s BBQ. And, of course, it pairs just right with a warm cup of coffee.

Maybe it’s the creaminess from the filling or the slight tartness from the raspberry puree topping, but a slice of Trio’s Raspberry Cream Pie rates super high for sweet treats I love with coffee. If you are dining-in, just also know that Trio’s makes a wonderfully bold pot of coffee, a rarity in the restaurant business. 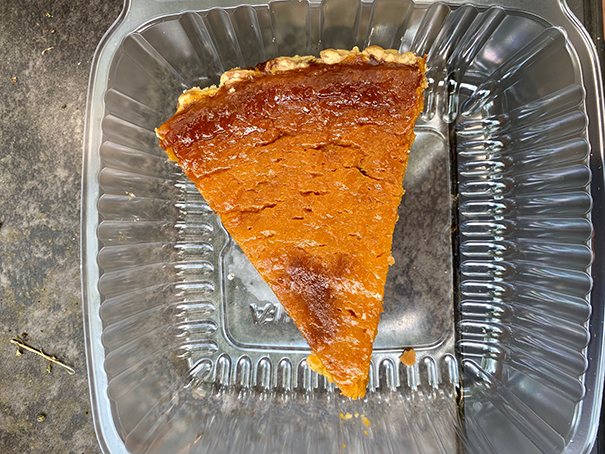 The combination of cinnamon and coffee is what dreams are made of, and it doesn’t get any better than one of Cinnamon Crème’s rustic, misshapen cinnamon rolls with a cup of Joe.

It has taken a little time, but PattiCakes Bakery in Conway has mastered the kouign-amann, a buttery, flakey, muffin-shaped pastry with caramelized sugar resting at the base. 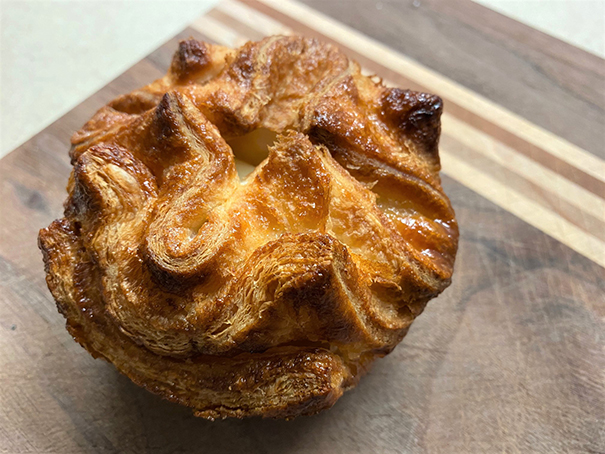 I thought long and hard about including a chocolate cake on this list, because chocolate paired with coffee is a no-brainer, but, in the end, Charlotte’s strawberry cake with cream cheese icing won out. And for good reason: the moist cake is simply irresistible, even for a restaurant that is probably best known for its pie.

What a great partner the Fidel & Co’s “Salvy Cake” is for a cup of coffee. The simple, subtle, cheese and butter flavors compliment, yet don’t overshadowed the liquid gold. 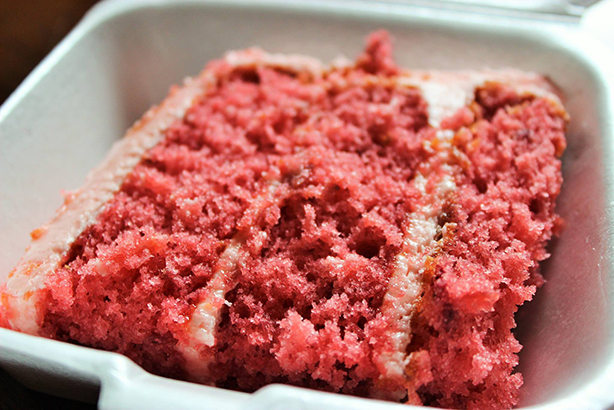 I am very picky when it comes to tres leches cake. So often than not, it’s an absolute soggy failure, but not at Mockingbird, where the hints of vanilla are a coffee’s best friend.

Anything at Mark’s goes great with coffee. I mean, come on, it’s coffee and donuts. But I wanted to feature the chocolate bow tie, a monster-sized donut which is iced with a combination of chocolate and cinnamon. 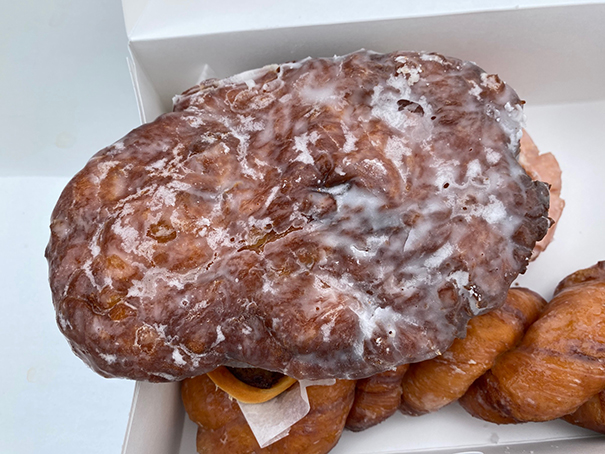 Dales nails the apple fritter with a version that is better than any other in the area. The oval-shaped fried dough is the circumference of a small volleyball and includes apple chunks and heavy hand of cinnamon that play well with the coffee.

I didn’t specify which flavor because every one of them is great with coffee. Believe me, I’ve had them all at Blue Cake. And, let’s face it, the beauty of the petit-four is the smallness, which gives you the opportunity to eat multiple flavors during one sitting.