101 Things to Do in Arkansas Before You Die 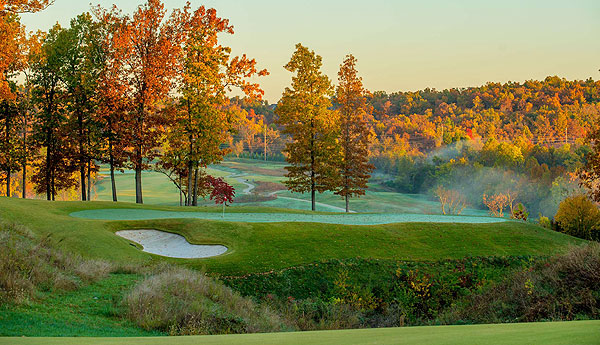 101 Things to Do in Arkansas Before You Die

Seems to me Arkansas is a pretty nice place to retire. We have reasonably low taxes, four distinct seasons, good medical care, relatively scandal-free government and some of the friendliest people on the continent. But when a couple of my skeptical out-of-state friends asked what they could do to keep busy should they choose to retire here, I decided to assemble this list of 101 opportunities for Arkansas retirees:

1. Sign up for free college classes (Arkansas’ state-supported universities offer tuition-free courses for residents 60 and over).

2. Live your Robinson Crusoe fantasies for a day on one of Lake Ouachita’s many islands.

3. Set aside a couple of hours for the Museum of Native American History in Bentonville. 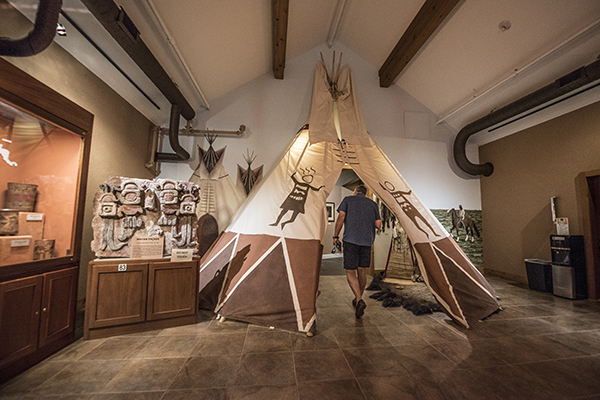 4. Explore Rush, a fascinating ghost town up in Marion County. 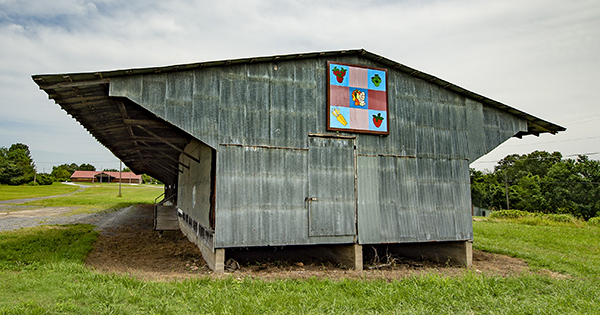 6. Catch a trout on the White and Little Red rivers.

8. Devote a day to fully appreciate the Crystal Bridges Museum of American Art in Bentonville.

9. Mingle with the monks at Subiaco Abbey (and purchase a bottle of Monk Sauce).

11. Gaze at the mastodon skeleton at the Arkansas State University Museum in Jonesboro.

13. Volunteer at Heifer Village in Little Rock and help the world become a better place.

17. Broaden your horizons at the Ozark Folk Center State Park in Mountain View.

19. For a wonderfully different experience, float the Buffalo National River from the Highway 14 bridge to Buffalo Point in an innertube.

20. Spot an alligator basking in the sun at Arkansas Post National Memorial. 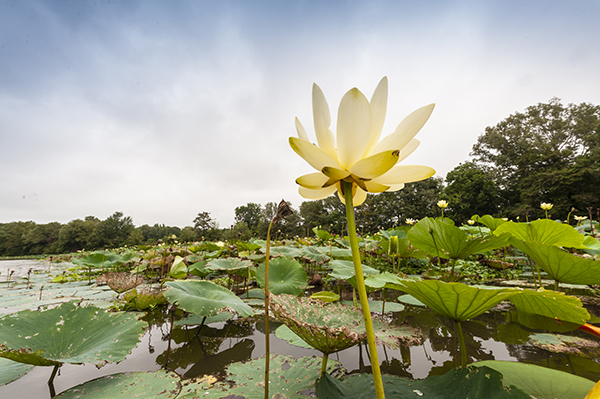 22. Sample a Spudnut or two in El Dorado.

25. Shop for antiques in Hardy.

26. Learn about the rise of blues, gospel, country, and rockabilly music at the Delta Cultural Center in Helena.

27. Drop in at the Arkansas Air Museum in Fayetteville.

28. Explore the Wolf House, a classic dogtrot structure, in Norfork.

29. Cool off in Blanchard Springs Caverns. 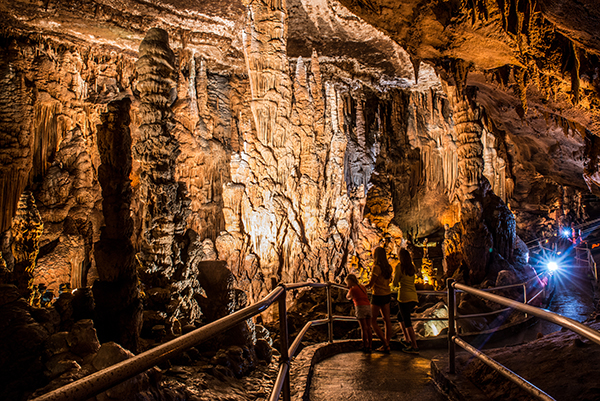 #29 Cool off in Blanchard Springs Caverns

30. Expand your creativity with a class at the (soon-to-open-in-2022) Arkansas Museum of Fine Arts in Little Rock.

35. Overnight in one of the many B&Bs in Eureka Springs. 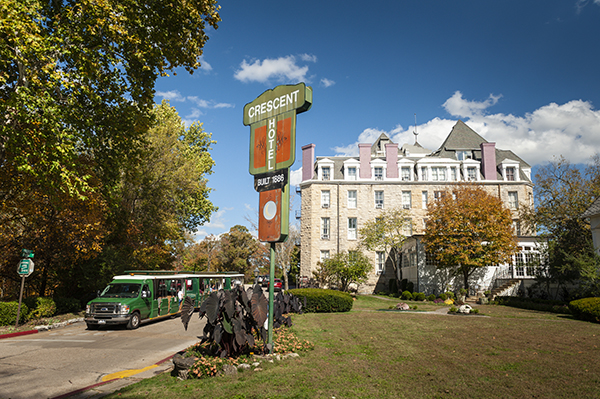 36. Tour the World War II Japanese American Internment Museum in McGehee, and learn about a disturbing chapter in American history.

40. Browse through thousands of titles at the Dickson Street Bookstore in Fayetteville.

41. Buy a ticket, support the Arkansas Scholarship Lottery, and maybe win a fortune.

43. Join the Ozark Society, meet some great people, and sign up for some of the group’s excursions.

44. Discover the legendary artistry of the CCC workers at Mather Lodge, an iconic symbol for Petit Jean State Park.

45. Spend a day in Wilson, a fascinating community in eastern Arkansas.

48. Enjoy the latest exhibits at the Clinton Presidential Library in Little Rock, Clinton fan or not.

53. Take in the view from the Hot Springs Observation Tower.

54. Sign up for the ghost tour at the Crescent Hotel in Eureka Springs.

55. Record a photo op at the original “little rock.”

56. Take the baths and then get a massage in Hot Springs.

58. Sample the goods at the Delta Dirt Distillery in Helena.

59. Enjoy the view of downtown Fayetteville and the University of Arkansas from Mount Sequoyah. 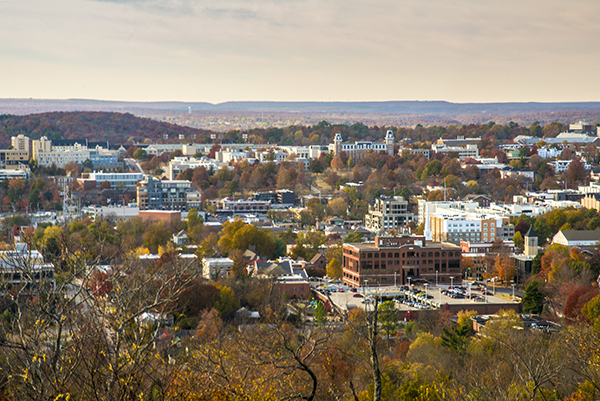 #59 Enjoy the view of downtown Fayetteville and the University of Arkansas from Mount Sequoyah.

60. Wander through the Arkansas Museum of Automobiles near Morrilton.

61. Take in a Broadway show at Robinson Center in Little Rock.

62. See the Mississippi River at Sans Souci Park in Osceola.

64. Relive a Gone with the Wind experience at The Old Mill in North Little Rock.

65. Buy a hand-crafted walking stick at an Arkansas State Park, and hike a new trail.

66. Set aside a couple of days and drive the entire length of Scenic Arkansas 7 from the Arkansas/Louisiana state line north to Bull Shoals Lake.

67. Develop a new appreciation for America’s military history at the Wings of Honor Museum north of Walnut Ridge.

68. Expand your epicurean experiences with stops along the Arkansas Wine Trail.

71. Purchase a lifetime fishing license (65 years and up) from the Arkansas Game and Fish Commission for only $10.50.

72. Bring a camera and check out the cascades at Cossatot River State Park/Natural Area in southwestern Arkansas.

76. Grab your walking stick, slip on your hiking boots, and discover Lost Valley, a beautiful day-use area within the Buffalo National River.

77. Pencil in a trip to El Dorado, making plans to see its vibrant downtown and the Murphy Arts District (MAD).

78. Take a towel and some sunscreen and plunge into one of the state’s ideal swimming holes, places such as Long Pool on Big Piney Creek or Little Missouri Falls.

79. Appreciate the spectacular view from the Skycrest Restaurant at Mount Magazine State Park.

80. Gawk at the huge locomotives on display at the Arkansas Railroad Museum in Pine Bluff.

81. Plan to spend several hours at the Little Rock Zoo. 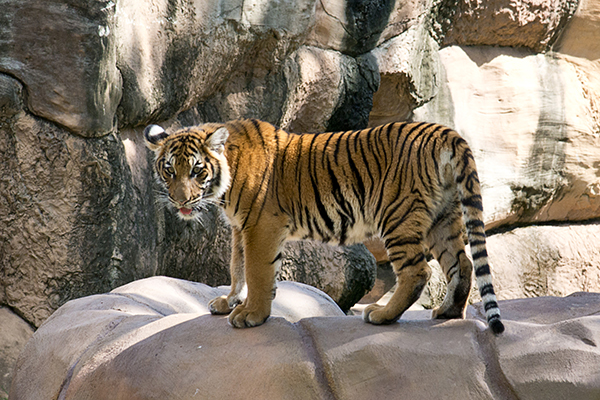 #81 Plan to spend several hours at the Little Rock Zoo

82. See the birth of a river at Mammoth Spring State Park.

83. For an introduction to Arkansas artists and craftsmen, visit the Galleries & Bookstore at Library Square in Little Rock’s River District.

84. Take advantage of one of the “you pick” orchards and bring home some fresh fruit.

85. Stop by the national fish hatchery at the base of Norfork Dam to see more trout than you can imagine.

86. Sip a beer made from some of the purest water in the world at the Superior Bathhouse Brewery in Hot Springs.

87. While driving the Ozark Highlands Scenic Byway through the heart of the Boston Mountains, consider a stop at the Nature Conservancy’s Smith Creek Nature Preserve.

88. Set aside at least an hour to fully appreciate the exhibits at the Little Rock Central High School National Historic Site.

90. Bring your camera and explore the botanical displays across the 210-acre Garvan Woodland Gardens in Hot Springs.

91. Include Little Rock’s Museum of Discovery on your itinerary, especially if you have some youngsters in your group.

92. Plan your visit to the Delta Rivers Nature Center in Pine Bluff to coincide with the feeding schedule for inhabitants of the 20,000-gallon aquarium.

93. Purchase a piece of artisan pottery at Osage Clayworks in northwest Arkansas, and then visit the nearby graves of famed editor/writer Helen Gurley Brown and her husband, Hollywood producer David Brown.

94. Drive across Table Rock Lake on the picturesque Little Golden Gate Bridge, a 554-foot single-lane suspension bridge near the town of Beaver.

95. Meet new people and display your thespian skills at one of the many community theaters staging productions across the Natural State.

96. Expand your knowledge about an interesting era of this country’s history with a visit to the Gangster Museum of America in Hot Springs.

97. Set aside August 5-7 for the 45th Annual Hope Watermelon Festival.

98. See the site of a fatal 1837 knife fight between two state legislators in the Old State House Museum in downtown Little Rock.

99. Given its wealth of genealogical resources, the Central Arkansas Library System (CALS) has friendly experts to help you build your family tree.

100. Expand your piscatorial experiences — because no matter where you are in Arkansas, you won’t be too far from decent fried catfish.

101. At the risk of offending my many acquaintances in the tourism industry, I’ll point out that with its central location, Arkansas also offers easy access to a fine assortment of fascinating out-of-state destinations, places such as Oxford, Mississippi, St. Francisville, Louisiana and Jefferson, Texas.

This list is by no means comprehensive, but I’m hopeful it’ll convince my distant acquaintances that Arkansas should remain near the top of their lists of possible states to relocate to once they retire. Maybe you can share it with some of your friends, too. After all, we live in a special place.

READ MORE: Leave No Trace: This is the Way