13 Rivers to Float in Arkansas 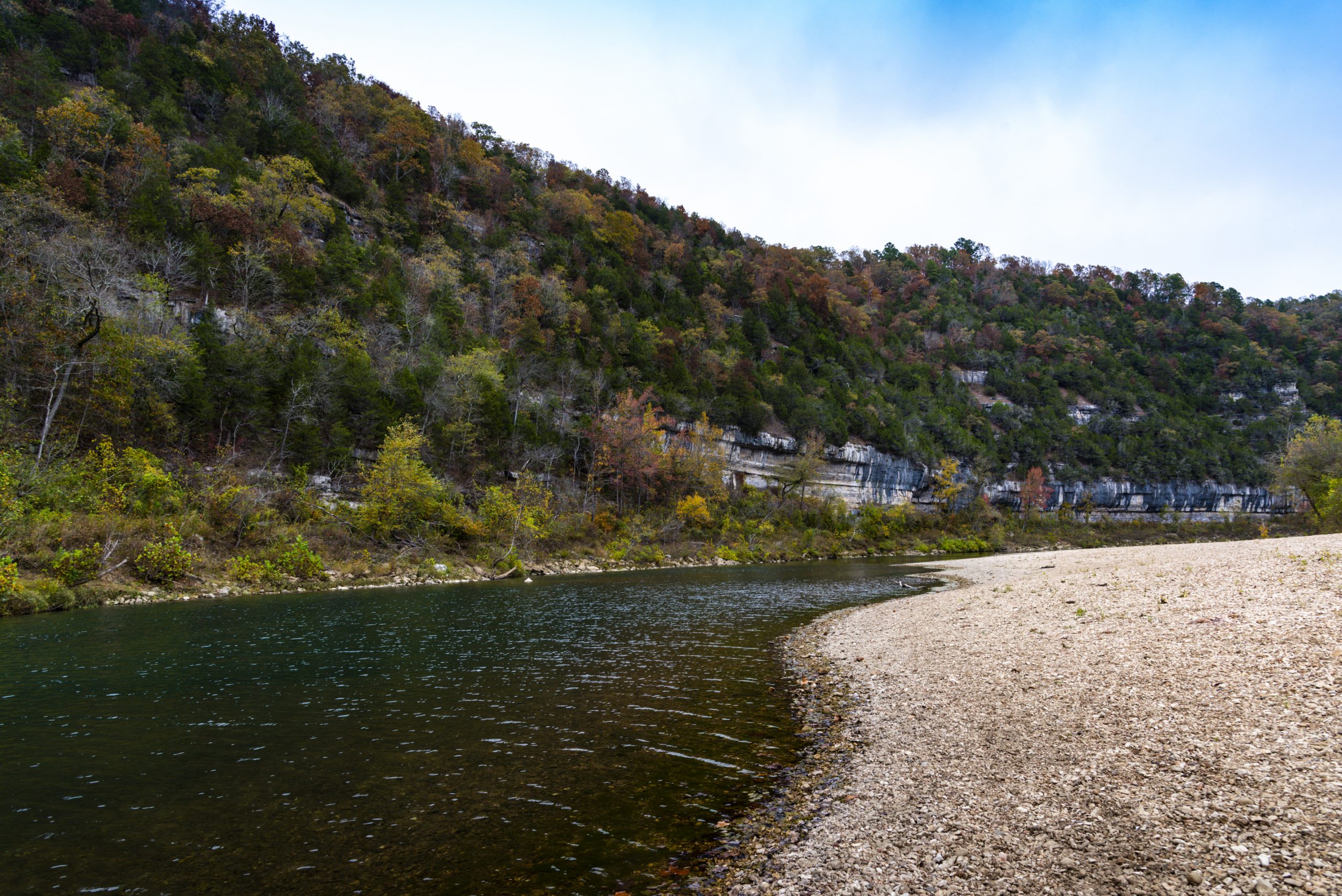 13 Rivers to Float in Arkansas

Miley Cyrus had it right when she sang, “That’s when I make the wish, to swim away with the fish. Is it supposed to be this hot all summer long?” Arkansas has once again delivered a hot, humid summer that makes walking to the car feel just like running a 5k marathon. Luckily, Arkansas also delivers plenty of bodies of water to cool down in.

Float trips might be one of the best Arkansas things you can do, and although it may be late in the season for a few rivers, there’s no better time to plan next year’s excursions than when the A/C is on full-throttle.

The Natural State has too many waterways to count, but we’ve picked out a few that we think are musts for the perfect float trip. 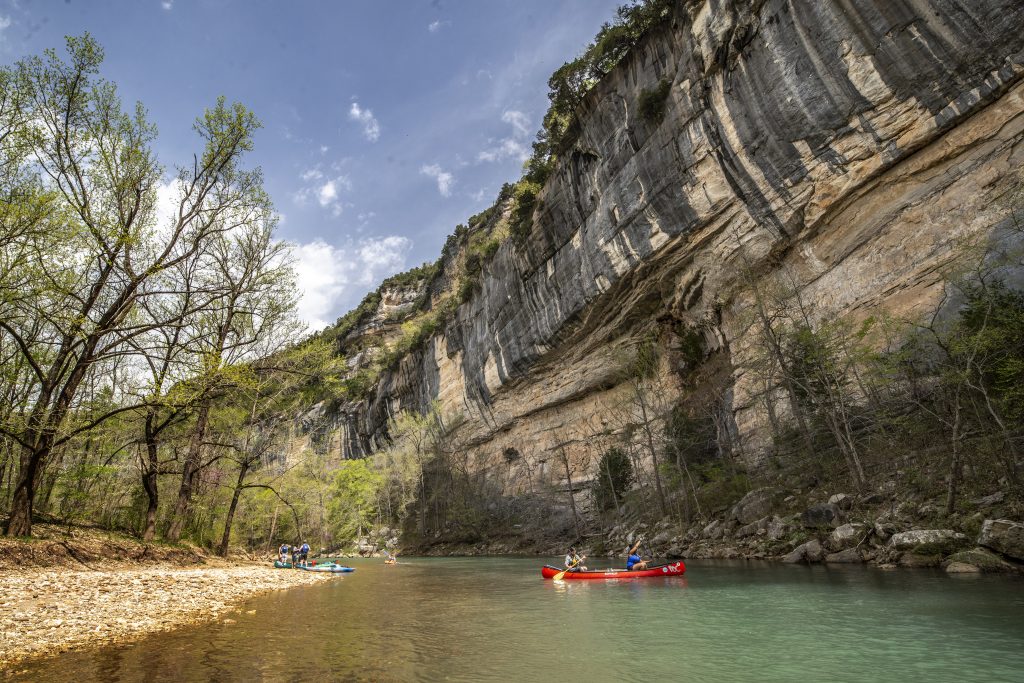 The godfather of rivers in Arkansas, the Buffalo River is a favorite float spot for everyone. The upper region of the river is characterized by sharp ridges, cliffs and uneven terrain that makes for beautiful scenery when just floating along. After rainstorms, experienced kayakers and canoers will often head to the Buffalo for some whitewater fun, and it should be noted that floaters may need to look ahead of time at the water level to know if they are comfortable with the current. 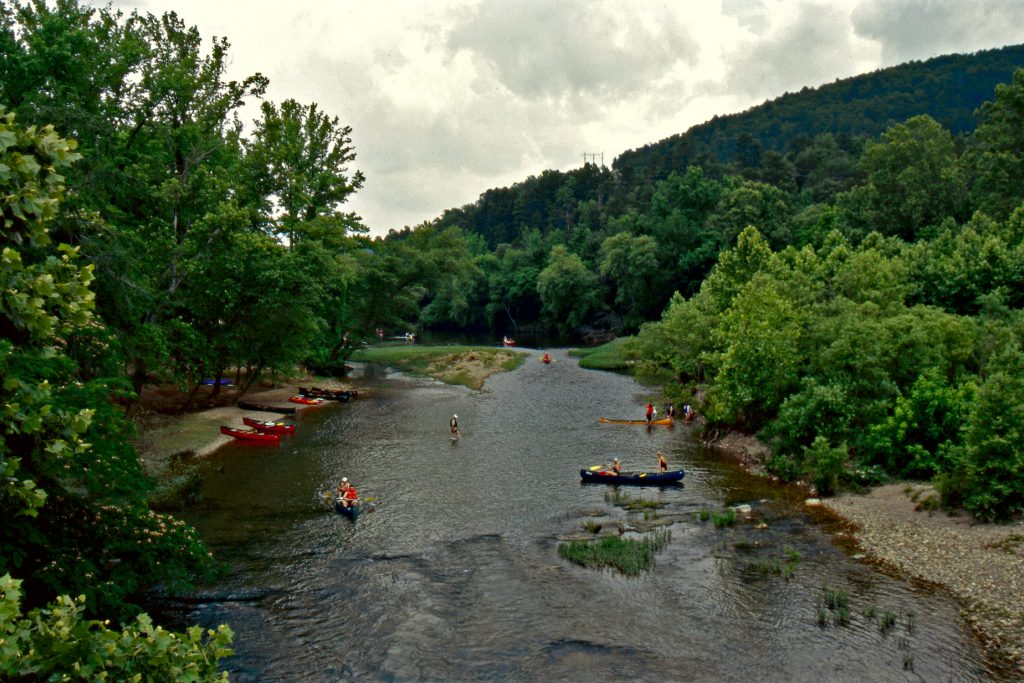 The Caddo is the perfect place for anyone looking for a relaxing day-float. By tube, kayak or canoe, the Caddo has few if any difficult sections. The upper Caddo is especially perfect for the whole family to fill up a canoe and let the slow current carry them onward. There are plenty of banks for floaters to pull over and enjoy a picnic in the shade. 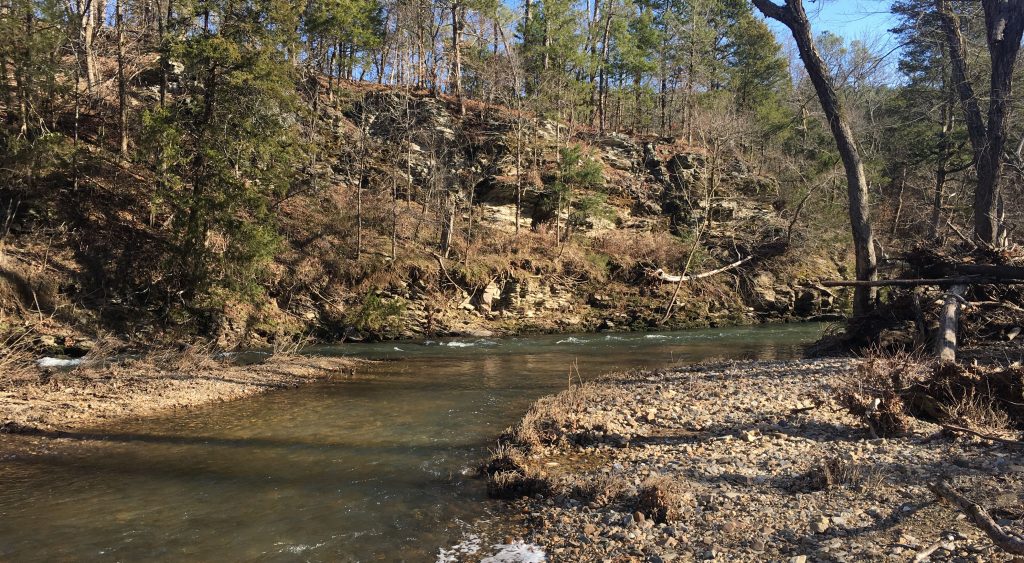 The Saline has four tributaries: the South, Middle, Alum and North Forks. Flowing from the foothills of the Ouachita Mountains between Hot Springs and Little Rock, the Saline River is one of the best-kept secret fishing spots for bass, sunfish and crappie. “Wade a little, fish a little,” is said to be a good motto when going to the Saline, so bring your canoe and rod and make a day out of it. 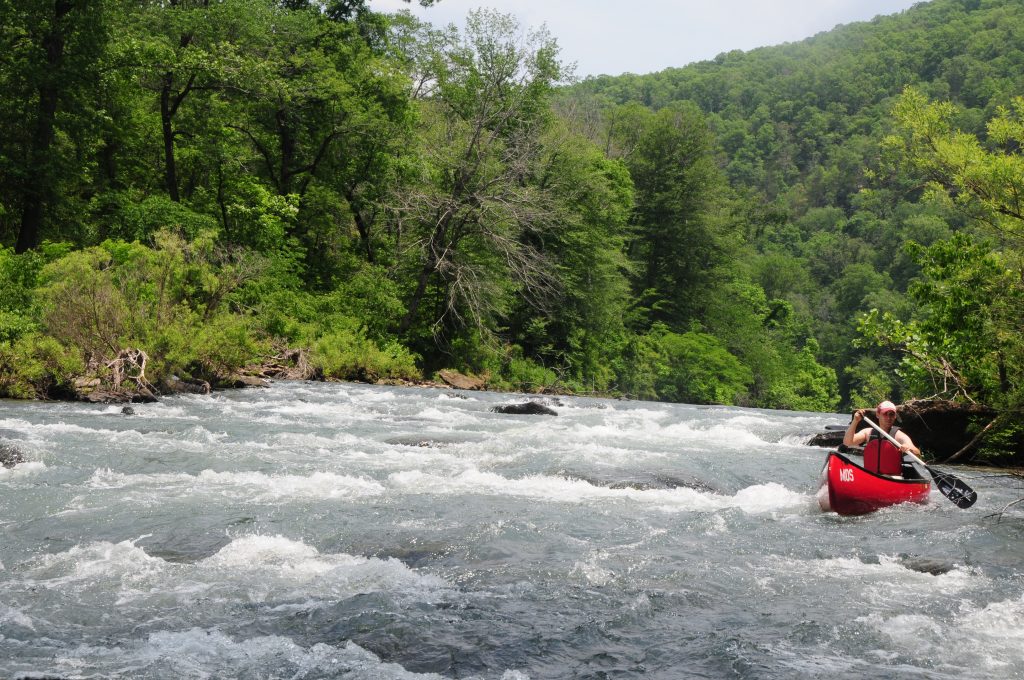 Big Piney may not be on everyone’s radar of rivers to float in Arkansas, but it should be. This river takes you through an exploration of sandstone bluffs, waterfalls, pools and groves of oak, hickory and pine. If you’re a fan of botany, this stretch of landscape surrounding the river has many species of endangered and rarer plants such as the Alabama snow-wreath. With that being said, be mindful and cautious that you don’t disturb the plants.

The best time to get on the Big Piney is when the water levels are between the 3.0 to 5.0 range, but anything over 5.0 on this river could be dangerous for novice floaters. Unlike some rivers that have “float seasons,” Big Piney is in its prime from late fall through mid-summer depending on the rainfall. 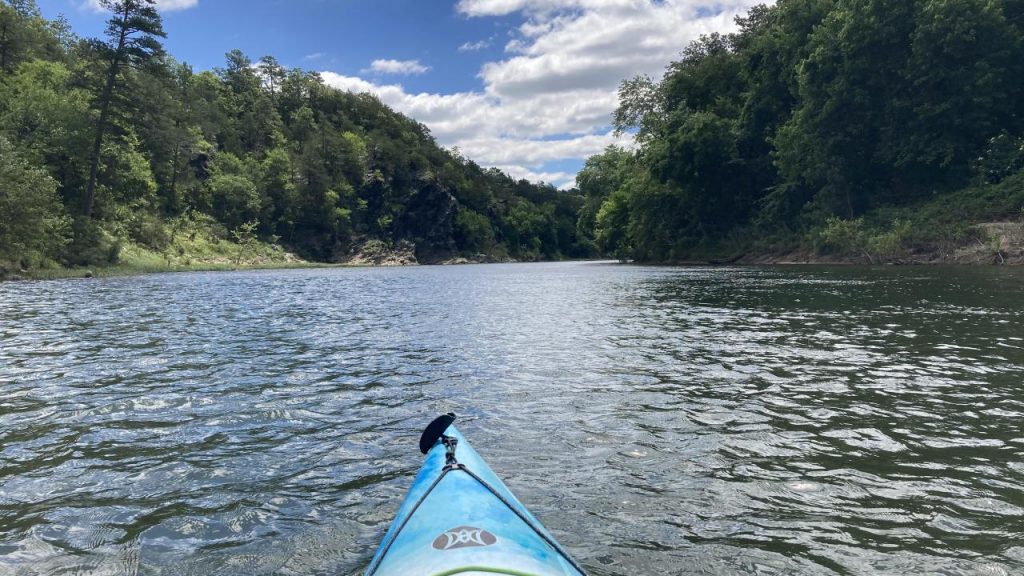 The lower stretch of the Ouachita River is a favorite of many to float for a quick day trip. A five-mile stretch of river, with views of mountains, cliffs and a few whitewater segments at the end, has something for everybody. The rapids at the end of the stretch are often full of kayakers proving how strong and agile they are while the rest of us topple over on the first drop. This is the place to go if you don’t have a lot of time but you’re looking for some outdoor fun. 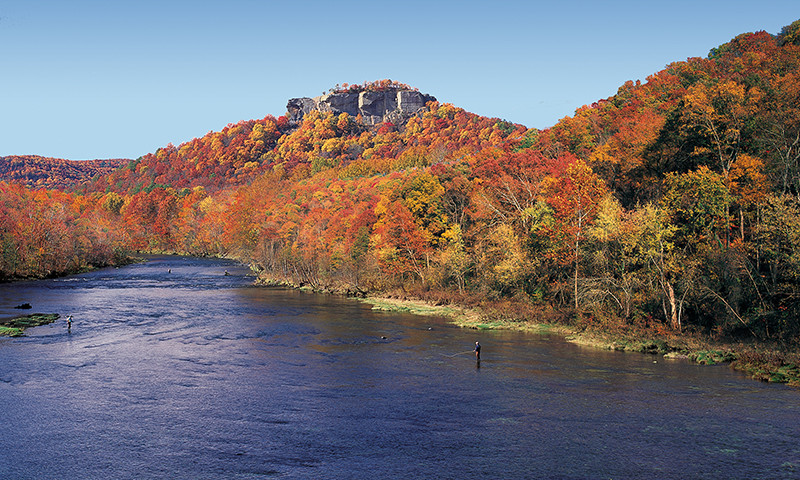 One of Arkansas’ best fishing spots, this “little” river flows from the Ozark Mountains and is full of rainbow and brown trout, spotted, rock and smallmouth bass, and bluegill, longear and green sunfish. Depending on the needs of the nearby dam, the Little Red is almost year-round. Campgrounds surround the area, so if you want to take a boat out for a few hours, stop and hike and then continue the next day, that is definitely possible. 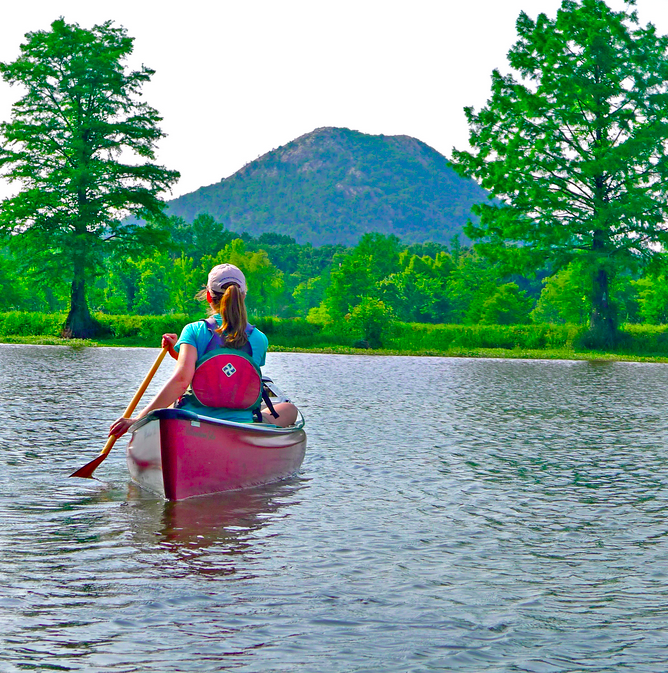 If you’re looking to get the most out of nature, the Little Maumelle may be your place. Cypress trees, lotus, beavers, white-tailed deer, wading birds and birds of prey all make the Little Maumelle their home. Fishing on the river is common for bass, crappie and bream. The water is not known for rapids, but some parts can be quite fast for beginners, so it’s better to come with others to be safe. 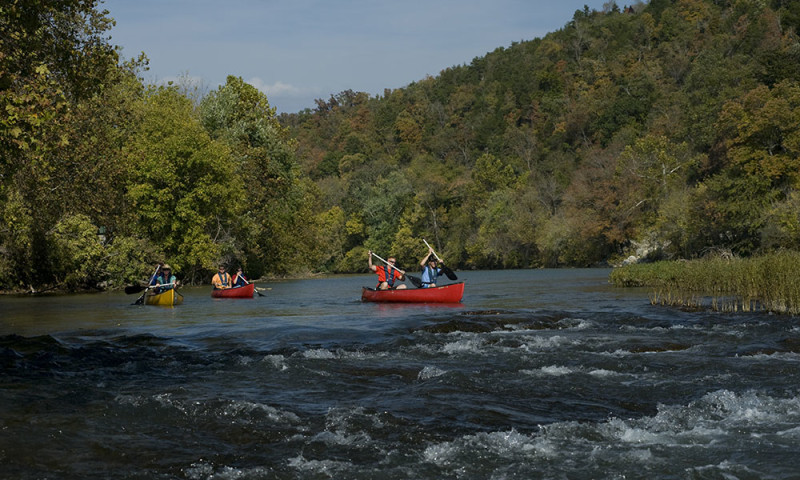 Looking for crystal-clear water to rival tropical islands? Go no further than the Missouri border in north-central Arkansas at the Spring River. A natural stream, the water has long pools, whitewater falls and hardwood forests that take the view while floating to the next level. Another great fishing spot, bring your pole for some good walleye fishing. 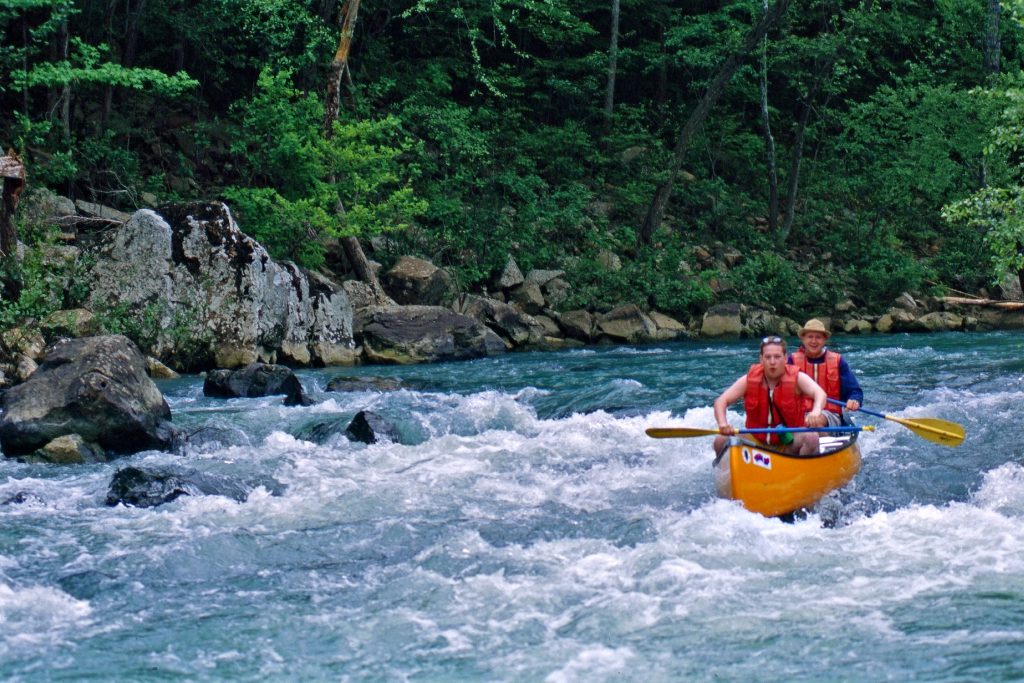 Mulberry originates in the heart of the Boston Mountains, or to those newer to the Arkansas area, the highest and most rugged peaks of the Ozarks. The Mulberry River is as free as rivers can be without any obstruction in its tributaries by dams. The ideal season for the Mulberry is later October to mid-June. This odd season is due to how shaded the river is during the hot summer months, preventing the river from receiving a lot of rainfall to keep water levels high. For those looking for an extended trip, the Mulberry has around 40 miles of good floating. Pack some camping gear in your canoe and go deep into Arkansas. 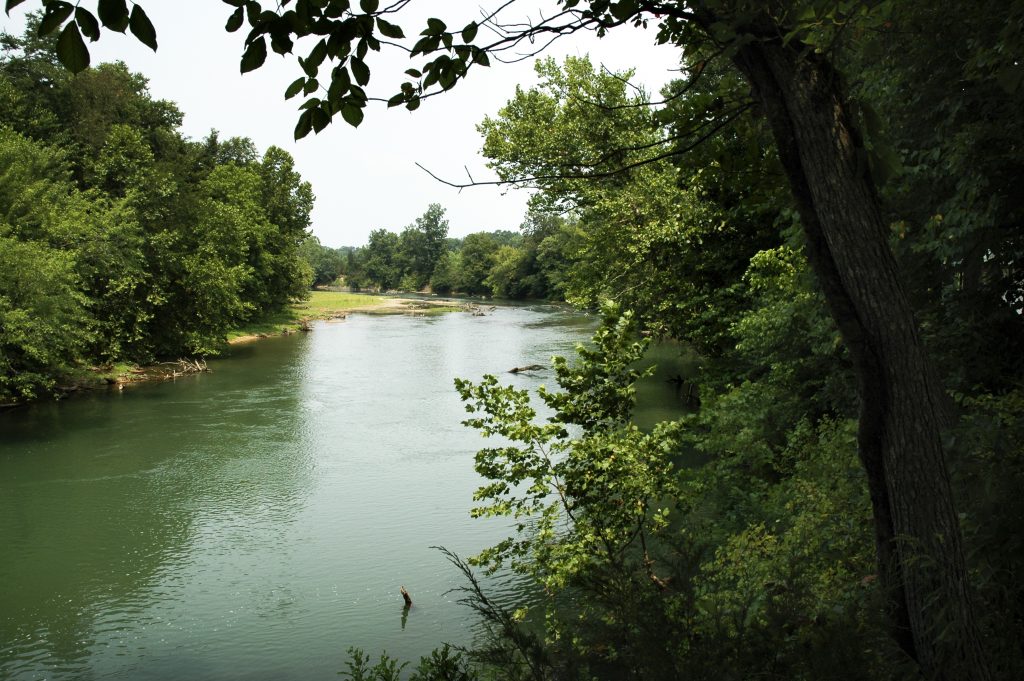 A year-round river, the Eleven point runs parallel to its sister river, the Spring River. Around 70 percent of the river’s flow comes from springs making the water appear clean and clear. Even during droughts and immense heat waves, the Eleven Point still provides a great amount of movement for floating. Canoeists and fishers can often be found on the Eleven Point year-round. The water gets cold, and the water gets hot, so be prepared for all seasons. 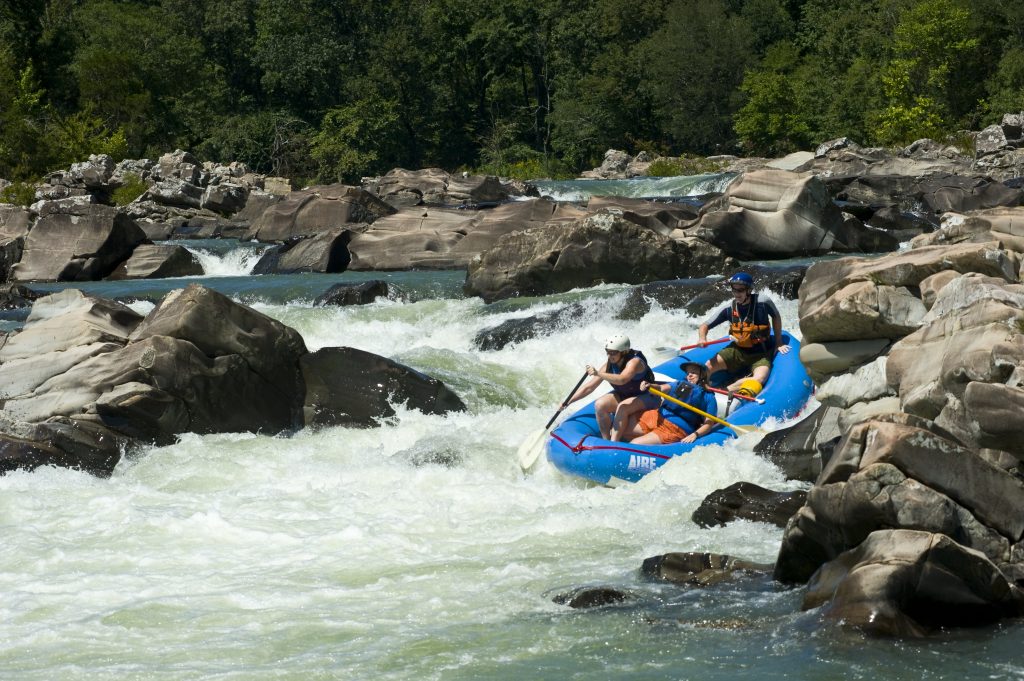 The Cossatot River is known to be Arkansas’ whitewater destination for kayakers and canoers. The river is dependent on rainfall, and when there’s a storm, you can guarantee there will be paddlers on the water the next day hoping to ride out some whitewater waves. Still, pools are laid out along the stretch, so the float trip could be made into a day trip or a week-long trip depending on your preference and endurance. 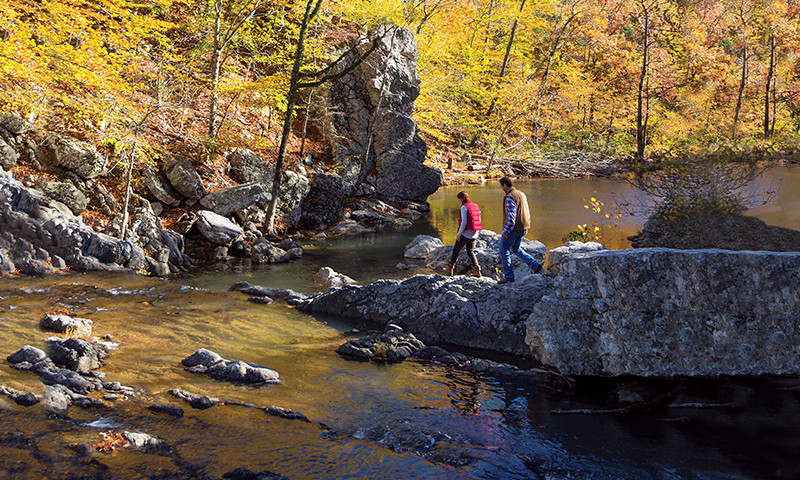 The Little Missouri is not a float trip for beginners after a good rainfall or when the Narrows Dam empties. Starting at the Riverside Picnic Area, the most popular area of the river to float is about a 10-mile stretch. Frequent floaters say the first 5 miles and the second 5 miles are polar opposites to one another. Do them as one trip or separate the two. The first half is the fast, choppy segment that gets the adrenaline flowing; the second half is for the more relaxed and less advanced floaters looking for a lazy river. However you choose to float the stretch, be sure to check up on when the Narrows Dam runs so you don’t show up to half an inch of water. 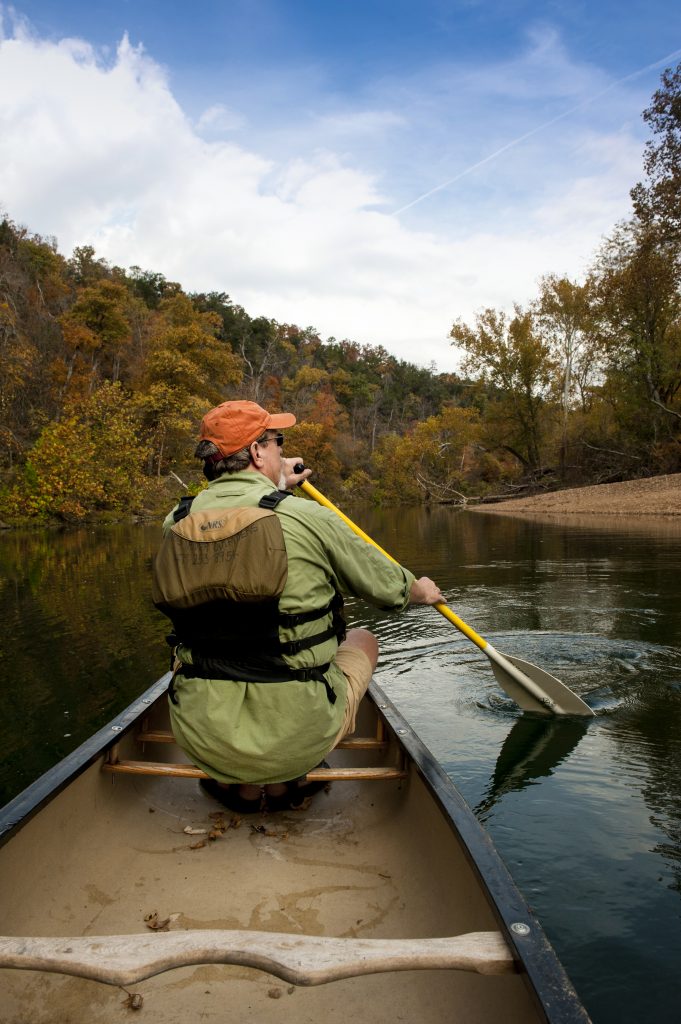 The Kings River takes the crown for being one of the most visually interesting rivers in the state, with clear pools, gravel bars, rocky cliffs and a waterfall. The river is commonly broken up into parts with the upper stretching 11 miles and the lower portion around 8 miles. Both parts offer eye-catching geography, so choose one or both to make an extended trip. There are plenty of areas to pull over and set up camp, so pack all of your gear and see a little more of Arkansas.

Pack the car, stock the ice chest, and get out there to experience some of the great rivers to float in Arkansas.