15 Places to Visit in Arkansas for Military History Enthusiasts

November is Veterans and Military Families Month, a time set aside to give thanks for the sacrifices so many Americans have made for our country. It may not be mentioned often, but Arkansas possesses a rich military history. There’s a plethora of museums and landmarks scattered all over the state that tell the stories of the more than 200,000 veterans living in Arkansas.

There’s no time like the present to learn about the past, so here are 15 museums, parks and landmarks that honor and celebrate our veterans. 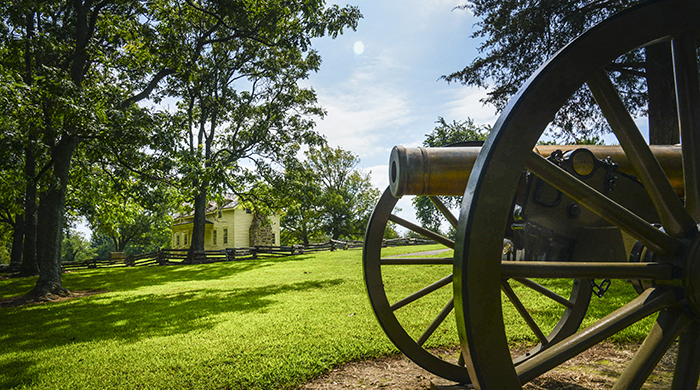 Here’s a little out-of-the-way museum to pay a visit this Thanksgiving season. Prairie Grove Battlefield State Park is huge — 900 acres, to be exact. It is one of America’s most well-preserved battlegrounds, and every even-numbered year, the largest Civil War reenactment in Arkansas takes place here in December (the next one won’t be until 2022, unfortunately). Also on site is the Hindman Hall Museum, where bullets, weapons and other artifacts from the battle are kept on display. 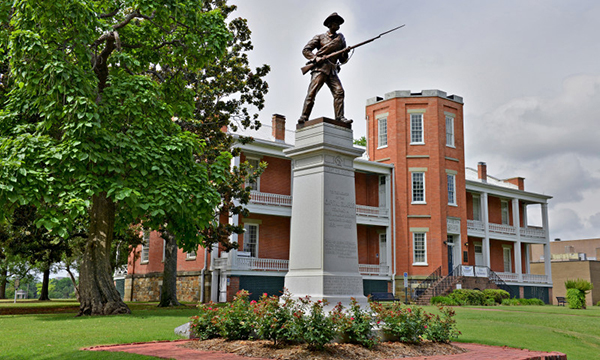 Named in honor of Arkansas native Gen. Douglas MacArthur, the MacArthur Museum is a major hub of military and veteran history right in the heart of Little Rock. The museum boasts a variety of military artifacts from 1840-1970. Tours are self-guided, and visitors are able to explore the three floors of the museum at their leisure. If you want to learn more about the roles Arkansas has played in our nation’s past military conflicts, the MacArthur Museum has you covered. Even better — admission is free. 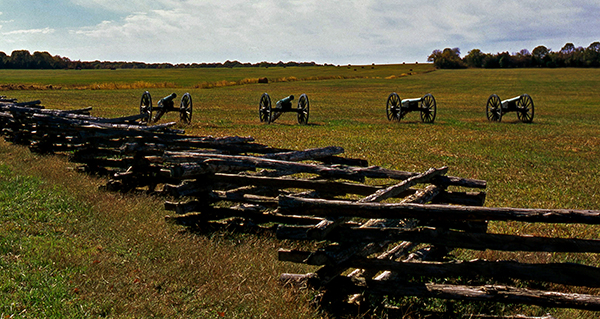 This park preserves the historic Pea Ridge battleground, where more than 20,000 soldiers fought for control of the Missouri-Arkansas border in the early days of the Civil War. Visitors can tour the battlefield themselves, or alongside a knowledgeable guide. Plan on spending a couple of hours here. There’s something sobering about walking around an old battlefield. See the old replicas of cannons, read the markers, walk the trails and take in the sights. It’s a beautiful and peaceful area, a perfect place to reflect on the past and appreciate the present. 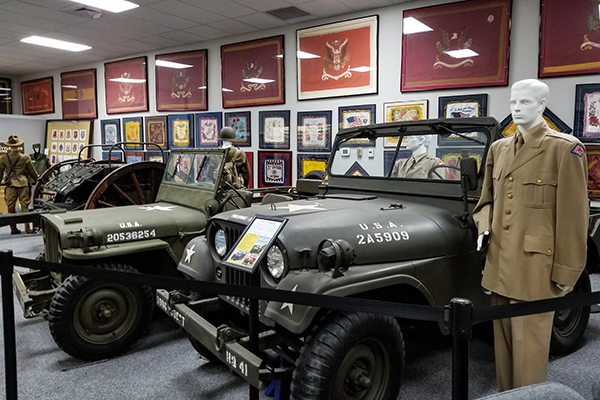 The Arkansas National Guard Museum tells the story of our National Guard, going back to the year of its inception in 1804 and chronicling its roles in a variety of conflicts. The museum features models of weapons and artillery utilized by the National Guard, showing its progress from an old-fashioned militia to a modern-day fighting force. The museum is located within Camp Joseph T. Robinson, meaning that entry requires a valid ID, vehicle registration and proof of car insurance. 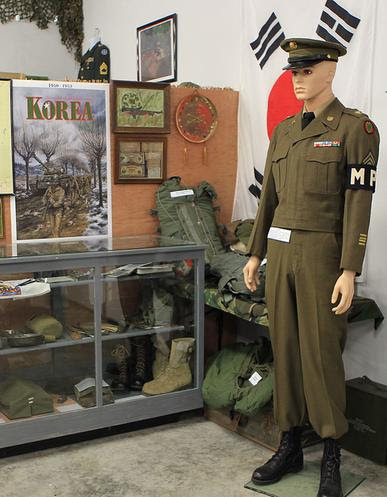 Hidden away in Vilonia, this small museum makes up for its size with the rigorous passion that goes into its maintenance. Local veterans, teachers and high school students work together to maintain the collection and educate visitors. A really cool aspect of this museum is the fact that many local veterans volunteer here and have an active role in cultivating the museum’s archives. Originally founded in 2012, a devastating tornado destroyed the original museum two years later. Now reopened, there’s a need for financial assistance to expand the museum. If you wish to help out, more information can be found on the museum’s website at veteransmuseumvilonia.com. 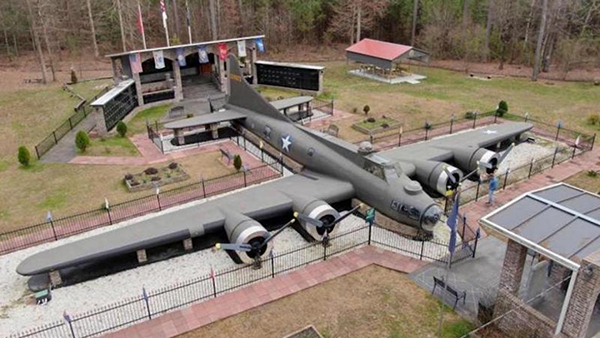 This park is a somber memorial to nine men who lost their lives in a tragic plane crash during World War II. It is located about 6 miles north of Sheridan, in the field where the plane originally crashed. The centerpiece of the park is the life-size B-17 bomber replica with the names of the nine crash victims on the wings. There is also a memorial wall inscribed with the names of various soldiers who fought and died in World Wars I and II. 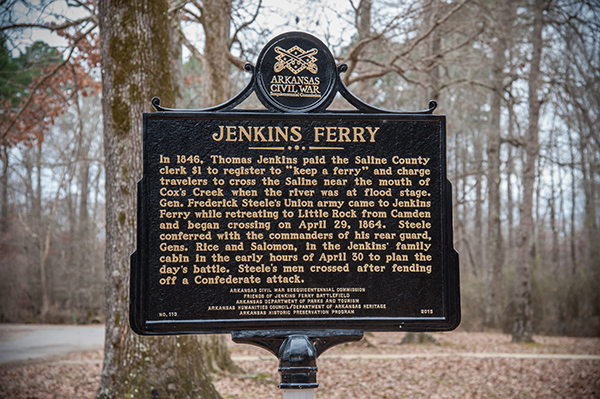 Jenkins’ Ferry is another Civil War battlefield, located in south-central Arkansas on the banks of the Saline River. The Battle of Jenkins’ Ferry resulted in a Confederate victory, forcing Union troops to flee across the Saline River back to Little Rock. With the park being right on the river, visitors can take the opportunity to explore the battlefield on foot or by boat. Markers and signs describe the battle and its historical context, and there’s a plaque dedicated to the memories of the soldiers lost in the fighting. 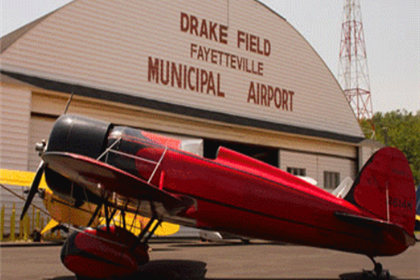 The Arkansas Air and Military Museum plays host to a staggering array of military artifacts. From planes to Air Force uniforms, old engines and more, visitors can get up close and personal to real pieces of history. Feel free to wander this place at your own pace; there’s a lot to soak in. Spread out over three separate hangars, there are tons of both military and civilian planes on display, so don’t worry if you don’t have time to view the whole collection at once. 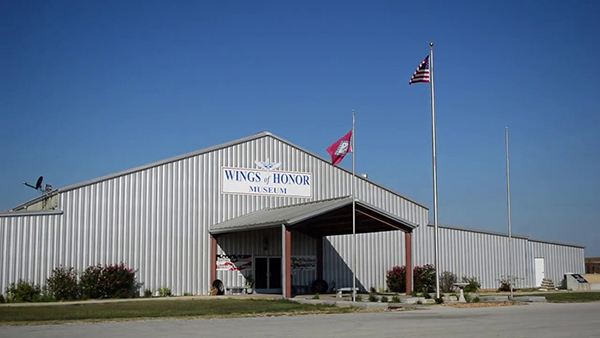 Speaking of planes, the Wings of Honor Museum in Walnut Ridge is another hidden vestige of Arkansas military history. Built on the site of an old pilot training school, the museum memorializes the many cadets who died in training. The museum seeks to tell these cadets’ stories and educate the public on the manufacture and usage of the “warbird” bombers utilized at the school. At the moment, plans are in motion to construct a new hangar to house a BT-13 bomber on museum grounds. Go a little out of your way and give the Wings of Honor Museum a visit. There’s no entry fee, although you are encouraged to donate however much you can. 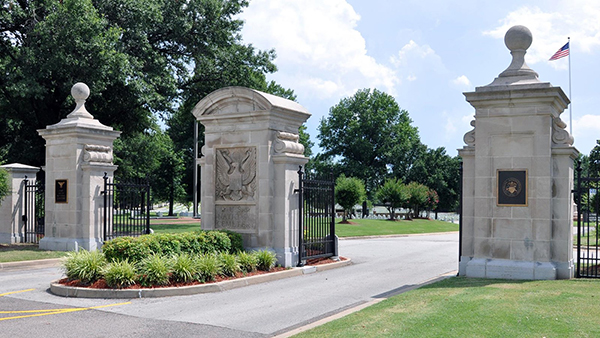 This cemetery is almost as old as Fort Smith itself. The grounds were cleared to house the remains of 44 U.S. soldiers who died while garrisoned at Fort Smith in the early 1800s. After leaving Fort Smith for a time, the army returned and refurbished the site. The cemetery has grown ever since, now encompassing 32 acres. Various memorials have also been built over the years to commemorate those who died at Pearl Harbor, in Vietnam and in Korea. 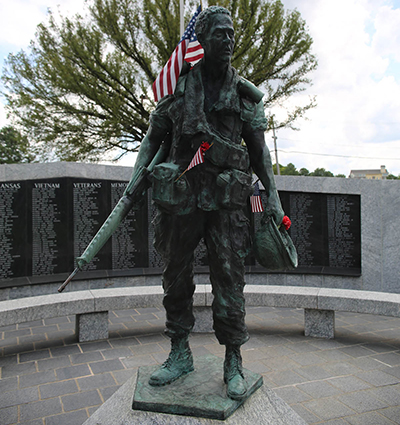 Located on the southeast corner of the State Capitol grounds, the Vietnam Veterans Memorial is a lovely place to pay tribute to those we lost in Vietnam. The memorial itself is a black wall with the names of the 662 Arkansans who died in Vietnam etched into it. Standing before the wall is a statue of a young soldier with all the branches of the U.S. military inscribed at his feet. The memorial is one of many at the venue, including the Medal of Honor Memorial and the Law Enforcement Officer Memorial, so take a stroll around the area, and visit as many as you like. 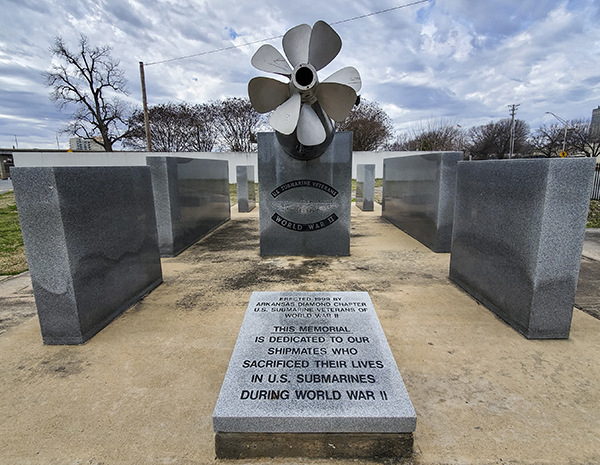 The Arkansas Inland Maritime Museum features two restored naval vessels: the USS Razorback and the tugboat, Hoga. The Razorback is 90 percent operational, and going inside gives you a chance to have an authentic submarine experience. This means close quarters and a 14-foot climb down a ladder into the sub itself. Visitors can also walk around topside, visit the Hoga’s main deck, and read about the roles these two ships played at the tail end of World War II. 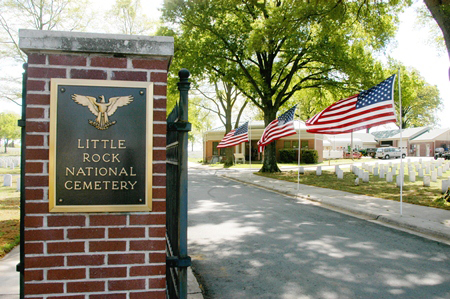 Located 2 miles south of Little Rock, this cemetery is currently the resting place of 25,172 people, the majority being soldiers. The cemetery was used in its early days to bury and honor the myriad soldiers who died in Arkansas during the Civil War and has steadily grown ever since. It is also home to a monument built in the memory of a detachment of Minnesota soldiers who fought and died in Arkansas during the Civil War. 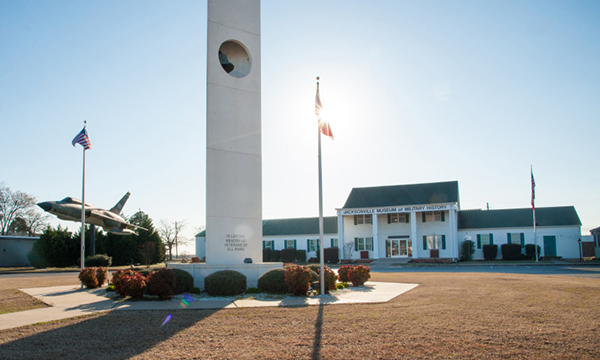 The Jacksonville Museum of Military History explores the history of local military conflicts and the actions of Arkansas soldiers abroad. While the museum has the usual array of bullets, uniforms and the like, it also tells less battle-centric stories. For example, there’s an exhibit that shares the story of WOWs (Women Ordnance Workers) who built bombs and munitions at the Jacksonville Ordnance Plant in World War II. There are several exhibits dedicated to all the individual conflicts America has participated in, although the museum is primarily WWII-centered. 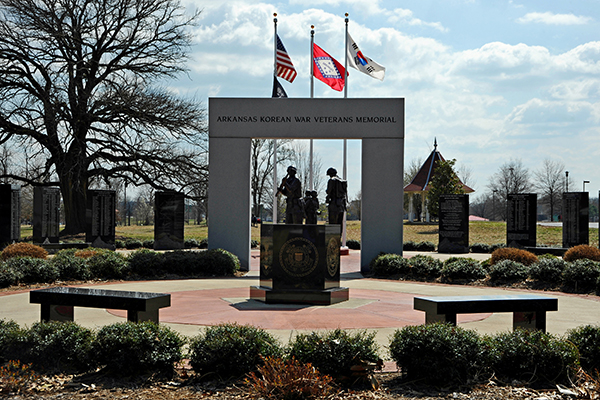 When you go to the MacArthur Museum, don’t forget to stop by the Korean War Veterans Memorial located on the grounds. Dedicated in 2007, the memorial features three statues, one representing the fallen soldiers, one for the Korean people and one dedicated to the medical personnel who served in the conflict. The memorial also honors six Arkansan Medal of Honor recipients.

READ MORE: A Star on the Wall