Getting Ready for the 2019 Arkansas Cornbread Festival 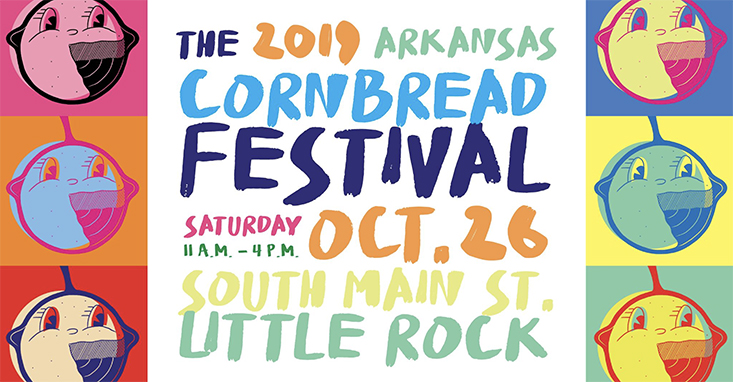 Every fall, thousands fill into the streets of Little Rock’s SoMa neighborhood to pay homage to that most Southern of foods: cornbread. Since 2011, the Arkansas Cornbread Festival has fed and entertained thousands with its good-natured culinary competition and entertainment.

Attendees can come out to enjoy the atmosphere and try out all of the competitors’ foods.

A host of competitors, both professional and amateur, will be serving up their best cornbread and sides. The professional teams include notable restaurants like The Root Café, Mockingbird Bar & Tacos, Community Bakery, Boulevard Bread Company, Allsopp and Chapple, 8311 Catering, DoubleTree Little Rock and Marriott Little Rock.

In addition to the tasty cornbread, there will be some great live musical performances to enjoy. Arkansas favorites like MaQuis Hunt, A Rowdy Faith, and Dazz and Brie will be performing. Here’s the schedule of performers during the festival:

11 am: MarQuis Hunt with percussionist Stephin Both