Jonesboro is getting in on the roots music action this year. On April 13, The Arkansas Roots Music Festival will kick off at Jonesboro’s City, Water, and Light Park.

The free festival will highlight rockabilly and roots music, but there will be a range of musical genres on display. A number of Arkansas artists will be on-hand to show off their musical prowess.

One of the performers will be the Ozark Highlands Trio, out of Mountain View. The trio will kick the festival into gear at 1 p.m. on Saturday. Consisting of fiddle champion Mary Parker, clawhammer banjo virtuso Grace Stormont and guitarist Keith Symanowitz, the Ozark Highlands Trio specializes in Ozark ballads, spirituals, bluegrass and more. For this performance, they will be joined by bassist Jerry Bone and guitarist John Severs. 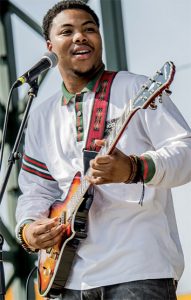 At 2 p.m., the Kurt and Andrea Stephenson Band will be taking the stage with their full band, bringing their unique bluegrass and gospel sound. Andrea is an Arkansas native, while Kurt is an Arkansas State graduate who is a past winner of the national bluegrass banjo championship. 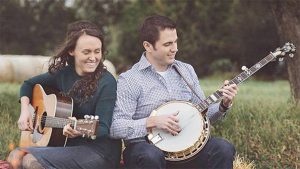 Country blues is alive and well, and Marcus “Mookie” Cartwright is one of the leading lights for the genre. This Stuttgart-born, Holly Grove-raised musician recently performed at the King Biscuit Blues Festival.

Boss Tweeds, from Mountainburg, will be closing out the festival at 4 p.m. The group performs original songs inspired by classic rockabilly and rock and roll, as well as covers by renown Arkansas musicians. 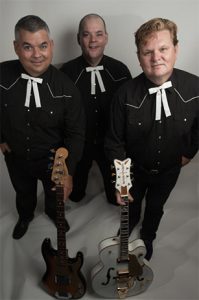 The festival is a joint effort between KASU, the Department of English, Philosophy and World Languages at ASU, and the West End Neighborhood Association.

Images courtesy of the artists