Checking Out the 2020 Super Bowl Commercials 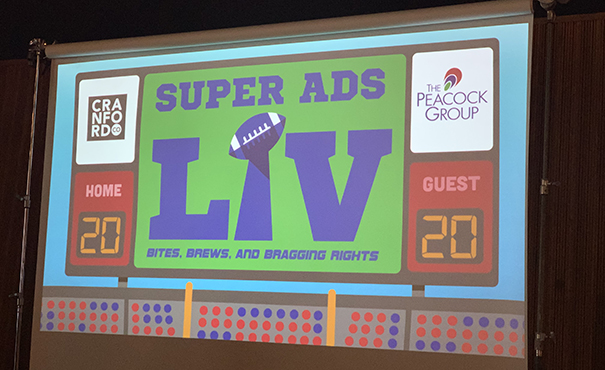 Sunday is a big day, in case you haven’t heard.

A football game will garner some $5.6 million dollars per 30-second ad for the Super Bowl. Viewership is predicted to get  98.2 million viewers which is an 11-year low.

Some media folk were part of a preview of many of the spots at Cranford Co. with the Cranford boys and the Peacock Group with Denver Peacock and his staff. It’s a now-yearly event called “Bites, Brews, and Bragging Rights.”

“Did you see the spot?” Jay Cranford says that’s the goal of advertisers. Monday morning, we’d like to hear which ones made you remember it the next day.

These are some highlights we saw: