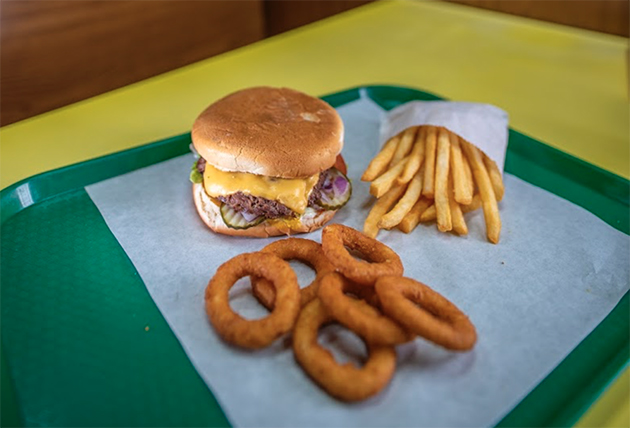 by Dustin Jayroe and the Department of Parks, Heritage and Tourism

On Feb. 22, the newest inductees into the Arkansas Food Hall of Fame were announced by Arkansas Heritage. This group of newfound royalty was selected from a packed cast of finalists, announced in January, and an even larger group of nominees.

The pandemic certainly made things a little more interesting this year, but this being the fifth anniversary of the event, it seemed ironically fitting that it would look different than usual. The winners were announced in a virtual ceremony that was months in the making, an exciting cap to another successful year for the program.

Like in past years, winners were announced for the following categories:

Arkansas Heritage also named the Food of the Year, one of the latest categories added to the mix, as corn.

Finalists and winners are whittled down by a special selection committee, which this year included the likes of Paul S. Austin, Jimmy Bryant, Chip Culpepper, Cindy Grisham, Stacy Hurst, Montine McNulty, Rex Nelson, Tim Nutt, Kat Robinson, Christina Shutt, Donna Uptigrove, David Ware and Stanley Young. People’s Choice is the only exception, as it is decided by votes from the community.

“Each year we take pride in honoring some of the incredible restaurants and industry stakeholders within our state, but something felt extra special this year,” Stacy Hurst, secretary of the Department of Parks, Heritage and Tourism, said in a statement. “Celebrating Arkansas food is a great way for all of us to enjoy our state’s heritage and share it with others, especially during uncertain times. We are thankful for each person across the state for getting involved.”

This award remembers the collective culinary legacy of a once-and-always influential Arkansas restaurant that has since ceased operations.

Fisher’s was a landmark on Broadway in North Little Rock for the better part of a century, where many memories were made and even a movie was filmed. Incepted and helmed by Roy Fisher and later run by his family, the Central Arkansas staple was a hotspot for politicians and celebrities, as well as simply local families after church service.

For years, The Bistro Bar & Grill has been one of the Delta’s favorite places to grab a bite. Its menu boasts a wide range of food fit for anyone’s palette, with appetizers ranging from homemade salsa to mozzarella sticks and southwest eggrolls, baskets featuring fried shrimp and juicy hamburgers and house specials like the porterhouse steak and catfish.

This award honors a chef, cook and/or restaurant owner in Arkansas who has made significant achievements in the food industry.

Little Rock’s own Matthew McClure is serving up some of the best dishes in the entire state at The Hive, located in the 21c Museum Hotel in Bentonville.

McClure studied at the New England Culinary Institute in Vermont, before settling in and cutting his teeth at a number of highly regarded restaurants in Boston. After building up this years-long resume, McClure returned home to work under Lee Richardson at Ashley’s at the Capital Hotel. In 2012, he took his talents to Northwest Arkansas, joining the opening team at The Hive.

He was awarded Food & Wine Magazine’s “The People’s Best New Chef” award for the midwest in 2015 and is a six-time semifinalist for the James Beard Award “Best Chef: South.”

This award honors a community food-themed event or festival that makes our state a great place to live and visit.

Now in its 65th iteration, the Bradley County Pink Tomato Festival is an annual celebration of the area’s favorite red berry.

Ever since the 1920s, the farmers of Bradley County have been growing and selling tomatoes. But not any strain would do; they chose a variety that would export well, picked when the tops of the tomatoes just barely turned pink. In 1956, after 30 years of plenty, a group of merchants in Warren decided to put on an event to commemorate the fruit (yes, fruit). A ripe celebration. The Pink Tomato Festival.

Today (outside a pandemic), the gathering boasts more than ever before. There is live music every night, a parade and beauty pageants, an all-tomato luncheon, street dance and arts and crafts. Past year’s events have also included eating contests and a golf tournament. Some 35,000 people attend the event each year, including every Arkansas governor since 1956.

This award recognizes those long-standing restaurants that have become legendary attractions in Arkansas.

The story beganin northern India, where Sami Lal learned to cook in his mother’s kitchen. He cut his culinary teeth in Germany and then became the co-owner of an Indian restaurant in Dallas. Little Rock presented an opportunity to introduce his vision of Indian food. Star of India opened in 1993 and its flavorful food and incredible service set it apart.

Lal never forgets a face and is dedicated to ensuring his customers have the best experience and are, of course, treated like family.

Robert “Bob” Feltner understood the ins and outs of proprietorshipwhen he was looking to set up a restaurant in Russellville in the late 1960s. Bob sat down in a lawn chair and counted cars. He opened Feltner’s Whatta-Burger in 1967.

The simple but delicious menu and fantastic staff are the keysto success, but the mouth-wateringhamburgers don’t hurt. It’s no wonder the current owners, Missy andRandy Ellis, call their team the “Whatta-Family.”

Monte Ne Inn Chicken was founded in 1972 and has been an enduring Rogers staple ever since. The familystyle restaurant dovetails with the area’s poultry industry and is one of several restaurants that boast the “best fried chicken in the state.”

With a simple, perfected menu, Monte NeInn Chicken’s signature phrase is “bringing family and friends back to the table.” Good, old-fashioned cooking made with care is the key to its success.