4 Tips to Ease the Back-to-School Transition 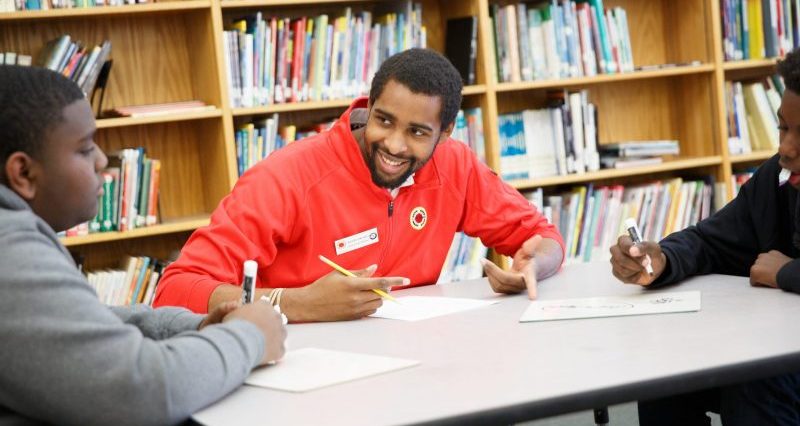 Whew! We’ve (almost) successfully made it through the constant juggling act of summer break. The shuffling between work, camps and seemingly endless activities is exhausting—not only for us but our kids, too. By mid-August, everyone is eager for a more predictable schedule, but that doesn’t mean that heading back to school isn’t without anxieties.

That’s why we’re looking to City Year Little Rock for help. Each year, its AmeriCorps members serve in Central Arkansas schools to equip local students with the academic, emotional and social skills they need to thrive in and out of the classroom. Now, the education nonprofit is sharing tips to ease the transition for our students before the new academic year:

Re-establish routines: Summer often means later bedtimes and more relaxed wake-ups, making those early morning alarms tough for everyone. There are still a few weeks until the first day of school, but City Year recommends we get back into the groove now with regular nighttime and mealtime habits.

Put it into practice: As we nail down our routines, we should ask ourselves, “Are we allowing ourselves enough time to have a full breakfast? Have we added in a few extra minutes for last-minute outfit changes?” Before the first bell rings, City Year says we should do trial runs to identify potential challenges and eliminate unneeded stressors.

Mark it down: Whether paper or digital, a detailed calendar helps us stay on track. City Year suggests avoiding over-scheduling the first few weeks of school to allow kids to acclimate to their new routines and schedules.

We have a lot to look forward to on that first day of school. But, as City Year knows, there can also be trepidation about the unexpected and unfamiliar. With these tips as a guide, the education nonprofit hopes to put us on solid footing for the academic year ahead.