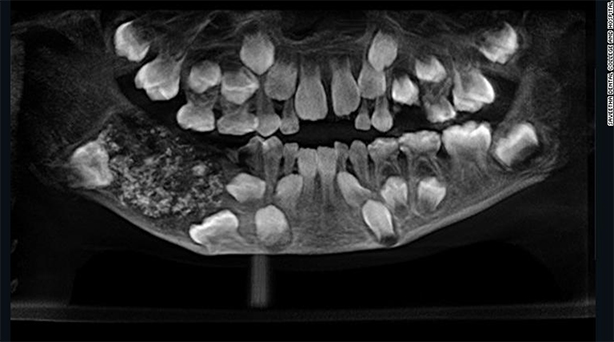 A simple toothache led surgeons in India to discover more than 500 teeth inside a young boy’s jaw.

The seven-year-old boy had complained of occasional toothaches, and when surgeons at a hospital in Chennai, India x-rayed the child’s mouth, they saw a sac along his lower jaw. They  drilled into the top of his jaw to get to the sac. Inside the sac, there were 526 teeth, which ranged from 0.1 mm to 3mm in size.

According to the surgeons, each of the teeth had a crown, enamel and root.

The sac, which was a benign tumor, was approximately 7 ounces.

This report was contributed to by The Guardian, CNN and Reuters.