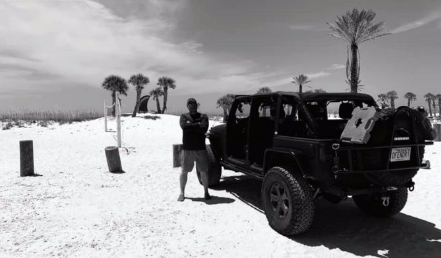 There are two types of people in this world: Those who love cars and those who are wrong. I am obviously part of that crazy group of people who love cars. For me personally, it’s anything four-wheel drive. New or old, it doesn’t matter. I just really like to see someone take a stock 4×4 and customize it and make it their own.

All car lovers, no matter what scene they are into, will agree on two things. One, that we can appreciate the time and effort it takes to create a one-of-a-kind custom car and will honor that effort by stopping to look and take pictures and admire it. And two, that we wouldn’t be caught dead in a Prius. Those are for that second group of people who think cars are only transportation and are meant to remain as the factory designed it.

Cars have significantly changed over the years, from simple combustion engines that had no-frills, to self-driving autonomous vehicles. I believe this coming year will be no different. There are some great cars coming out in 2020 that are going to prove to be major technological milestones for their respective brands. There are two that my family and I are most excited about — the first being the all-new design of the Chevrolet Corvette.

For the first time ever, the Corvette will have a mid-engine design. For those of you who don’t understand that, all supercars (like Lamborghini, Ferrari and McLaren) have mid-engine designed models. This means that the engine — instead of being upfront — is actually behind the driver’s seat. This gives the car a better overall balance of weight and allows the car to handle and perform better. The company has been talking about doing this ever since the late John DeLorean was at Chevrolet, but this is the first time it has ever made it through to production. It will be the biggest thing to hit the car market this year. And I promise, everyone will have one built for the SEMA Show (the premier automotive specialty products trade show in the world) this year. And yes, my bride already has her eye on this one.

The second big thing on the Bakers’ radar is not quite as flashy but will be a big boost for an already popular vehicle. Jeep is launching a diesel engine for both the Wrangler and the all-new Jeep Gladiator. This is major news for guys like me. Why? Because we love to modify our Jeeps and put crazy things on them, like 40-inch mud tires. When we do this, we lose power and gas mileage. But this new engine will change all of that! We have been asking for this for years, and now finally, they have answered our requests. This might just be what pushes me over the edge and gets me to order that new Gladiator that I have been thinking about.

Regardless of what you are into, 2020 has already proven it is going to be an interesting year for the car market. So do yourself a favor and find a car that speaks to you and get out and drive it!