A Bash of Historic Proportions 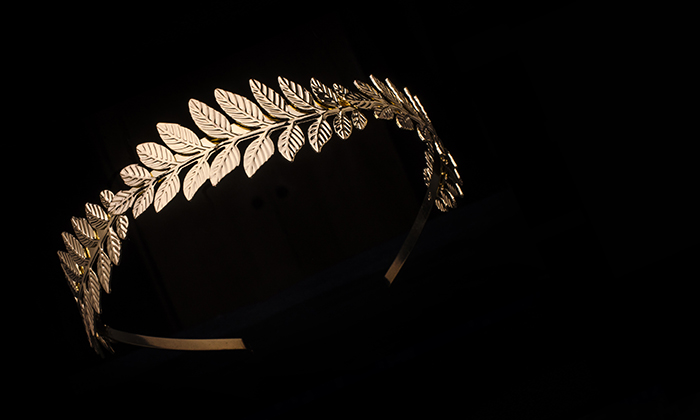 We can thank the Roman Empire for many pivotal innovations that set the groundwork for our progressive civilization. Their superior architectural structures, city planning methods, water and sewer management and mathematical systems established ways of life that are still apparent in our modern-day society.  It’s believed that the origin of the anniversary should also be credited to the Romans. Metallic wreaths were given upon milestone anniversaries as gifts of recognition for a harmonious relationship. The tradition and significance of the anniversary evolved within other cultures and over countless generations to eventually gain such popularity and commercial interest that it earned its own set of rules — designated gemstones and materials related to each year of marriage. Most anyone would agree that anniversaries are worth recognizing, no matter the year. However, the years marking significant points along the two-way highway are deserving of a true celebration.

Collectively, Bolo Bash event proceeds will subsidize the purchase of a new Mobile Health Unit (MHU) to extend health care access in areas of need across the state. It will provide a wealth of services, such as free screening, health education and coaching, as well as provide treatment in two exam rooms and store necessary refrigerated vaccines. The MHU will be staffed by a registered nurse, a registered dietitian nutritionist and a health educator. 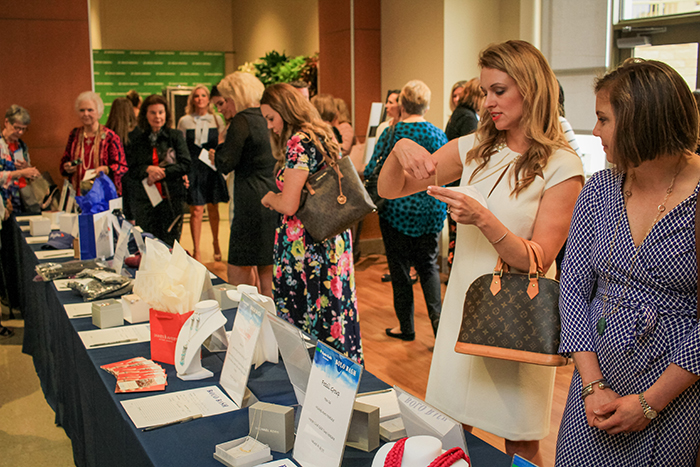 Attendees browsing the silent auction at the 2019 Bolo Bash Luncheon.

In honor of this momentous anniversary, the MHU will visit “100 Amazing Communities” in its first year of service and reach at least 7,000 individuals. These priority communities are within the service areas of all Baptist Health regional hospitals and are identified as having high food insecurity, high incidence of diabetes and obesity, physician shortages, high poverty rates and barriers to health care. After 2021, the MHU will resume travel around the Baptist Health service areas and meet disaster whenever and wherever it strikes within the state.

Flexing to accommodate the ever-changing social environment during a pandemic, yet unwavering in passion to secure the MHU for the people of Arkansas, the traditional sit-down Bolo Bash Luncheon, originally scheduled in April, will reemerge at noon on Sep. 29 — live, online as the Bolo Bash Virtual Luncheon. Senior Annual Gifts and Events Officer, Marci Atkinson shares, “With the current health pandemic we see now more than ever how important funding the Mobile Health Unit will be. Although we’ll miss hosting our supporters in person, the Bolo Bash Virtual Luncheon will allow many more supporters to participate and share the program with their family members, friends or co-workers.”

The upbeat 30-minute virtual program, presented by Dillard’s, will be headlined by actress, director and Arkansas native, Joey Lauren Adams, whose passion overflows for the healthy heartbeat of her state.

“Baptist has just been such a huge part of the community that I’m from. I was born at Baptist Memorial,” Adams says. “My grandmother worked at that hospital; my sister and mom currently work at Baptist Hospital in Little Rock.”

And she knows the importance of quality health care beyond simply having medical professionals in her family. After her brother had a life-threatening car accident, Adams spent a month’s time in the waiting room of the hospital counting the minutes before each visit with him. Adams recalls, “I spent every day after school, going and sitting in the [Baptist Hospital] intensive care waiting room to see him every four hours. The staff, the doctors, everyone there was just so kind and caring and saved his life. It’s such a great cause, and I love what they’re raising the money for this year.”

Helping Adams and Baptist realize the dream of the MHU are Little Rock gastroenterologist Alonzo Williams and his wife, Susan, who are contributing a matching gift of $30,000. Any donation made toward the MHU from Sep. 14, marking the kickoff of the 30th Anniversary Bolo Bash Golf Tournament, through Sep. 30 will be generously matched. Supporters can also partake in the Bolo Bash Virtual Luncheon online auction that will include unique experiences like a duck hunt at Paradise Sporting Club; activities such as a private barre class for 10; home and fashion accessories including Tom Ford Sunglasses; and a Vince Camuto handbag.

The online auction will also open on Sep.14 and close the day of the virtual luncheon on Sep. 29.

Bolo Bash Chairperson, Mary Wells, is delighted to see the merger of enthusiasm among the Foundation, the Bolo Bash Committee, Adams and the Williamses, even after rescheduling and updating to a virtual forum.

“This year’s Bolo Bash Virtual Luncheon from speaker to beneficiary is wholly Arkansas-centric with Baptist Health woven throughout,” Wells says.

Baptist Health has received a plethora of honors over the years, from consumer choice awards to considerable titles signifying an extraordinary commitment to health care. After this year’s Bolo Bash and upon its big 1-0-0, Baptist Health will truly receive a gift that keeps on giving, and just maybe a metallic wreath, too.

• Appeared in more than 40 films, including Mallrats, Coneheads, Dazed and Confused, Big Daddy, Dr. Doolittle 2, Chasing Amy and The Break-Up.

• Wrote and performed the song “Alive” for the Chasing Amy soundtrack.

• Appeared in more than 20 television episodes of various series, such as Married…with Children, Veronica Mars, United States of Tara and Grey’s Anatomy.

Adams’ passion to help raise funds for the MHU is “unlike any guest speaker that we have had before. Her personality, her connections to Arkansas and Baptist Health, and the connections Baptist Health will be able to make with thousands of Arkansans through the MHU merge together exceptionally well.”  — Mary Wells, Bolo Bash Chairperson

*The Bolo Bash Virtual Luncheon will begin at noon on Sep. 29 and can be viewed by logging on to www.bolobashluncheon.org.