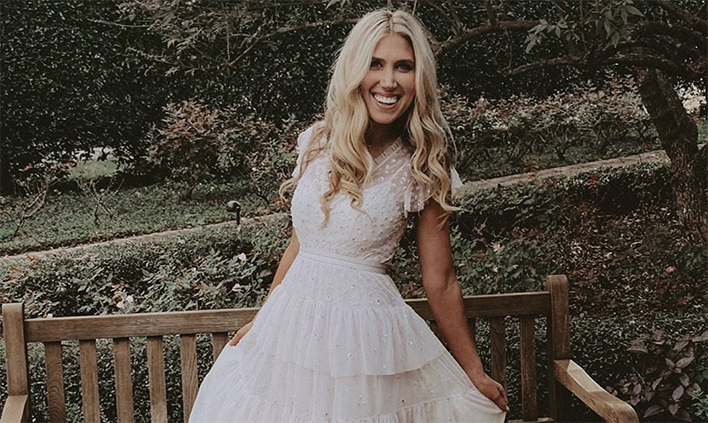 Bailey Hefley started life like any other girl in rural Arkansas.

AY About You talked with Hefley and asked her about her inspiration, her recent award, and what’s coming next.

“I grew up on a farm in Ferndale,” Hefley explains. She grew up riding four wheelers and playing in the nearby creek.

It’s here, Hefley says, that she fell in love with country music.

Hefley explained that on Sundays, her family would drive into town for church. On the way there and back, Hefley’s father would play country music CDs. He would rewind the parts that were difficult and ask Hefley to try and repeat it. She would imitate singers until her singing had improved.

“One night I was in there singing and this guy in the audience was passing through from Nashville,” Hefley explains. The man introduced himself as Woody Wood, with the Bobby Roberts Agency in Nashville. Hefley went to Nashville and met with him, and he would get her into contact with many others. “He was one of my first big contacts in Nashville.” Hefley says. She has since opened for Old Dominion, Ashley McBryde, Justin Moore, Deana Carter, and even opened at Riverfest for Hank Williams Jr.

It was Hefley’s music video for her song “Dust on a Diamond” that won best video at the Arkansas Country Music Awards this year. “I wrote that about a guy that really broke my heart. He and I were dating, and he was kind of a bad boy and I guess I liked that at the time,” Hefley explains, discussing the inspiration for the song. “And we had this magical night where he promised all of these amazing things and more or less said that I was the one, and the next day he was with someone else. And he did it to that girl too.”

The director of the music video, Roman White, is a man that Hefley describes as humble. “I was really blessed to work with him. The fact that he even personally still replies to his emails is amazing.”

When asked about how it felt to win the award for best video, Hefley replies, “When I heard my name called for the award, that was one of the most surreal moments of my entire career, and I was sitting on my couch in my workout clothes six feet away from my parents. I just want to say thank you to everyone for loving a song about my biggest heartbreak and appreciating that video as much as I did.”

Hefley mentions that the pandemic has allowed her to try new methods of songwriting. “I am thriving on Zoom writing. I feel like writing on Zoom shook up the norm for me in a cool way. I feel like you can get in a rut sometimes, and it was a good change.”

Hefley mentions how the first line of the chorus in one of her new songs, “Gotta Find Out”, is one of her personal favorites. “You could be a blessin’ or a lesson,” she says.

And where one door has closed for Hefley, another one opens.

Be sure to visit Bailey Hefley’s website to see what she does next!