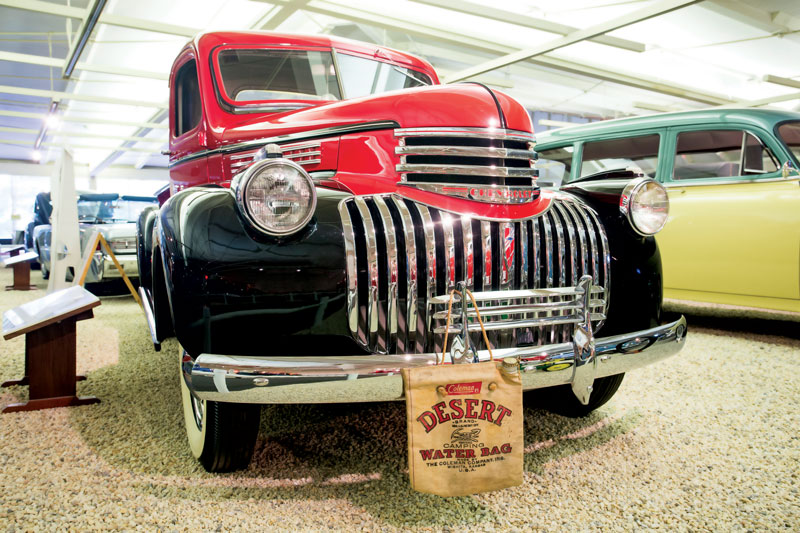 It’s probably not possible to overstate the impact of automobiles on American culture.

And speaking of “Maybellene,” to borrow a little phraseology from that Chuck Berry classic, thousands of drivers will be motivatin’ over the hills in mid-June toward Petit Jean Mountain for the 59th annual Auto Show and Swap Meet. Talk about cars and culture! 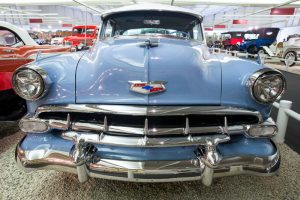 Co-hosted by the Mid-America Old Time Auto Association and the Museum of Automobiles, the five-day event attracts not only people with a multitude of cars to show off but also vendors offering a dizzying selection of car-related items. Admission is free, and visitors are welcome to stroll to their heart’s content among the more than 1,400 display spaces scattered around the museum grounds’ 57 shady acres.

Traditionally held in the week leading up to Father’s Day, this year’s event will run Tuesday through Saturday, June 13-17, capped by two car shows – an antique division and an open division.

If you’re thinking an auto show and swap meet are only for car enthusiasts, you might want to reconsider. Folks with merely a mild interest in history will likely find plenty of things to capture their imagination and maybe cause them to get a bit wistful about the past.

Buddy Hoelzeman, the museum’s executive director, says just about anything related to cars can be found each year at the swap meet, including parts, supplies, petroleum company signs, even hand-cranked gas pumps. License plates are big collectible items, he says.

He predicts there will be 500 to 600 cars for sale, about half in an area known as the car corral, and the other half scattered around the grounds. They’ll range from fully restored antiques to “parts cars,” meaning you’d only buy them for parts to put on other vehicles. Besides all that, there will be arts and crafts displays and food concessions. 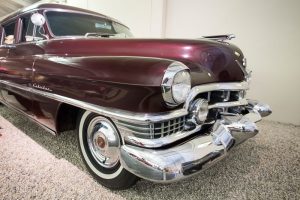 The Rockefellers and a Unique Museum

Throughout the year, the museum plays host to a total of five shows, but “there’s nothing like the show in June,” Hoelzeman says.

He should know. He’s been a driving force behind the Museum of Automobiles since the mid-1960s.

The show and swap meet’s roots go back slightly further – to Tennessee in the late 1950s. Antique auto enthusiasts in Arkansas, Mississippi, Missouri and Tennessee came up with the idea for the Mid-America Old Time Auto Association (MOTAA) in 1958. They incorporated the next year as a nonprofit organization in Tennessee and began holding shows.

Meanwhile over in Arkansas, Winthrop Rockefeller, who had moved from New York to the “Land of Opportunity” in 1953, was looking for a place to house antique vehicles he owned. This led to the Museum of Automobiles, which opened its doors in 1964 and put on a car show to help kick start things. The museum also had a car show in 1965. But, a third show, planned in 1966, was canceled, and there was no show in 1967.

In 1968 MOTAA was invited to have its annual show at the Museum of Automobiles. “They [MOTAA] found a home in ’68, and they’ve been here ever since,” Hoelzeman says.

By the time the show came to Petit Jean, Hoelzeman had been on the museum staff for a few years, having been hired as the museum’s accountant in 1966. He was promoted to office manager in 1968 and made director about 1970.

In 1973, Rockefeller died, and two years later the trustees of his estate closed the museum and began selling the cars, donating the building and grounds to the state.

“I thought the museum fit well with his legacy,” says Hoelzeman of Rockefeller, who served two terms as governor and worked to bring political, economic and cultural changes to his adopted state.

So, Hoelzeman and others quickly formed a nonprofit organization to reopen the museum. “We didn’t own a single car,” he recalls, “but we began making calls and in two weeks’ time, we gathered up 33 cars.”

Thanks to that fast action, the museum wasn’t closed long, reopening shortly before the 1976 car show. Since then, the museum has acquired 38 cars that are part of its permanent exhibit. It has others on display that are on loan.

One morning in May, Hoelzeman gave me a tour of the museum. A fascinating array of 48 cars were on display, providing not just a look at auto history, but Arkansas history as well.

The oldest car was a 1904 Oldsmobile. Known as a Runabout, it had a one-cylinder engine and could reach a speed of 20 miles per hour. Among its fancy features was a pair of oil lamps made of brass. The car cost $750 brand new. It was donated by the late Elbert L. Fausett of Little Rock, a successful real estate developer.

Another vehicle was a 1923 Climber, produced in Little Rock.

“Little Rock?” you might be saying to yourself. Yes, Arkansas’ capital city. The Climber Motor Corporation was founded in 1919 with the idea of building vehicles that could cope with the state’s primitive road system, according to the Encyclopedia of Arkansas History and Culture. The company’s owners “envisioned a car that could drive well on pavement as well as on unimproved roads and that could handle the terrain of the Ozark Mountains as well as the flat straight stretches of road found in the Delta.”

The company succeeded in building sturdy vehicles, but it was plagued by capital and parts shortages. It was bankrupt by early 1924, producing only about 200 cars and 75 to 100 trucks.

Just two Climbers are known to exist, Hoelzeman says. “Fortunately for us, we own them both.”

That’s only a sampling of the automobiles you can find at the museum.

What to Know About the Show

If you’re motivated to go to the show, be prepared for traffic. Attendance throughout the week  is estimated between 75,000 to 80,000. Hoelzeman likens the parking situation to that on a Razorback game day. A nearby field can handle at least 1,000 cars, plus there’s an area with 100 RV spaces (no hookups), a nearby church parking lot and neighbors who allow parking at their places.

Can’t make it up for the show, but feel driven to see the museum? You can tour it from 10 a.m. to 5 p.m. daily, except Christmas Day.

Admission is $10 for adults, with discounts for seniors and students. Kids five and under are free.

Much more information about the museum can be found at www.museumofautos.com.