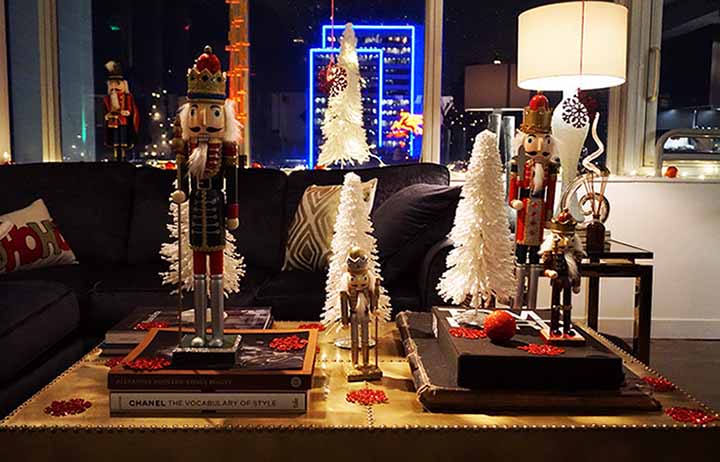 by Larry West Jr.
Growing up in the 1960s in a small Arkansas Delta town, as I did, creating “pretty” Christmas décor required a lot of patience and an extreme amount of imagination. Options were limited, to say the least. But we did our best.
Our small town (population 369) was sprinkled with a few businesses – a couple of service stations, two small grocery stores, a variety store and a “cream castle.” The government was kind enough to allow us a bank and, as with any declared city, a post office officially anchored us. Looking back, our little town was virtually a mercantile mecca (per capita, of course), but there was indeed no such thing as abundant with décor as a Silks-A-Bloom. 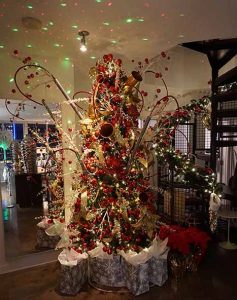 My family’s Christmas decor was always stored in the boxes that held the previous year’s presents. The boxes were filled with shiny tinsel garland and a tangle of shredded tinsel. Leftover wrapping paper was used to protect the glass ornaments, gigantic colorful Christmas lights, and the spectacular bubble lights. I was always mesmerized by the bubble lights.
I don’t recall our mercantile mecca having any place that sold live Christmas trees. Like most others in town, we went into the woods, found our tree and chopped it down. Being from the flatlands of the Delta, we were surrounded mostly by soybean and rice fields. The woods that remained hardly contained the perfectly shaped Noble Fir.
We would drag our miniature bald cypress from the depths of the closest bayou and whittle down the base so it fit into the massive water-filled tree stand. After several attempts of getting the glue-like sap from our hands, the worst and best part of Christmas was about to begin… DECORATING! 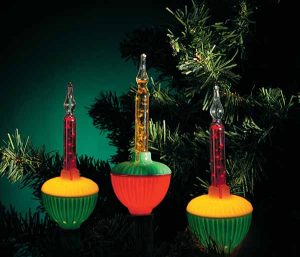 We spent hours attempting to connect weighty bubble lights to flimsy branches. The colorful balls were next. Each had to be perfectly placed so the coverage was OCD-certified and, with any luck at all, secure enough not to slip off and shatter in a thousand pieces.
After the last of the tinsel shreds was strategically tossed on the tree (by far the best part of decorating), it was time for the Christmas season to begin. I think back on those times, and even now I love to add touches of an old-fashioned Christmas into my current holiday decorating jobs. Even though today the decorating is sap-free and the artificial tree branches outweigh the ornaments, the joy of decorating and the thrill of the season still exists just as they did all those years ago.
Merry Christmas!
You may also enjoy>> Baker Home Makeover