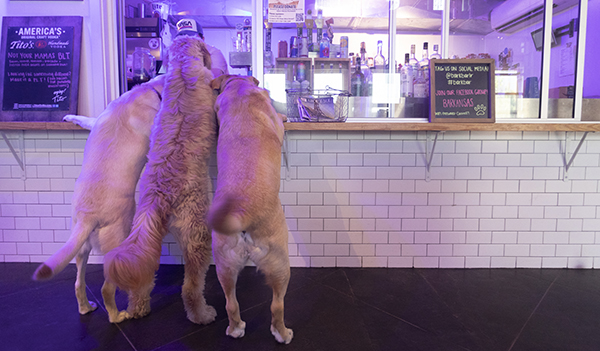 If there’s something better than kicking back with your best four-legged buddy, I don’t know what it is. Our three fluffers – Tango, Cash and Hootie – are happy just to have me come through the door, especially if I am bearing takeout or headed for the backyard grill. They haven’t quite got to the point of bringing me a cold one from the fridge, but they’re working on it.

I have dog trainer friends who tell me no matter what I see in our dogs’ eyes, they don’t love me back in the human definition of the word, nor do they feel shame or sorrow or elation the same way a person does. That may be technically true, but there are a lot of truths in life I choose to ignore and from the looks of things, I’m not alone.

According to PetPedia.co, 63.4 million Americans own a dog and of these, 96% regard the pooch less as a pet and more as a member of the family. It’s this kind of widespread devotion that inspired Elizabeth Michael to co-found Bark Bar five years ago and grow it into what it is today – the most happening dog spot in Little Rock. 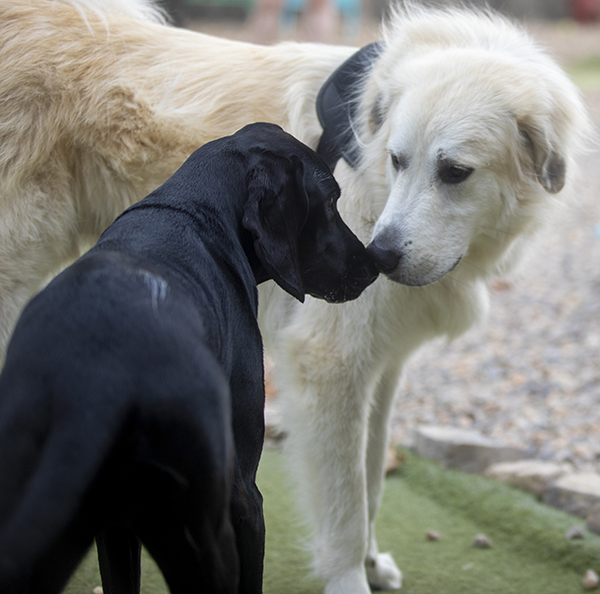 Friendships are formed at Bark Bar.

Bark Bar isn’t the first or only pet-friendly restaurant in Central Arkansas but is the first and most successful venture of its kind, an establishment that so blurs the line between dog park and bar and grill, even Michael can’t really pin down what to call it.

“If you were to ask the State of Arkansas, we’d be a restaurant that serves alcohol,” she says. “But we are for and foremost for the dogs. The primary use of our space is dog centric. People can order food and drink at the window and bring it to their table and enjoy it, but we designed Bark Bar with dogs in mind first.”

One look at the layout of Bark Bar tells you what you need to know – 6,000 square feet of indoor-outdoor space that’s completely off-leash. Once through the double-gated entrance, dogs are allowed to roam freely throughout.

“It’s super open for dogs to run and play,” Michael explains. “We have Bark Rangers on duty, but we don’t try to throttle the dogs’ enthusiasm. If the dogs get the zoomies and run all around in circles, that’s fine.”

The menu is also a cross-species affair with treats for both the hounds and their humans. Michael highly recommends the Spaniel Sundae (peanut butter and whipped cream) especially with a little calming CBD thrown in. For people, she considers the Dogpile Nachos a must-try, washed down with Poodle Punch.

All patrons are served with a smile, but don’t be surprised if your hound gets one just a little brighter. 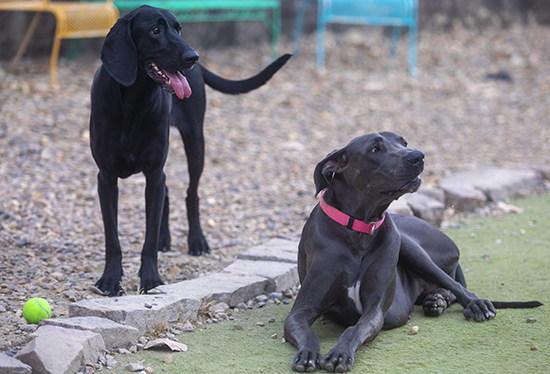 “All of our Bark Rangers know all the dogs’ names and do not know any of the humans’ names,” Michael says. “They’re like, ‘Biscuit’s mom came in.’ They have no clue what the human’s name is. Honestly, I think everyone likes it that way.”

Across the river in North Little Rock, one of Arkansas’s oldest breweries is similarly gonzo for canines. But then what did you expect, considering Diamond Bear Brewery lies in the heart of Dogtown, as NLR has long been known.

Owner Russ Melton said the company began allowing customers’ dogs after moving across the river from the original location to the new brewery and restaurant, the Diamond Bear Tap Room and Pub, in 2011. 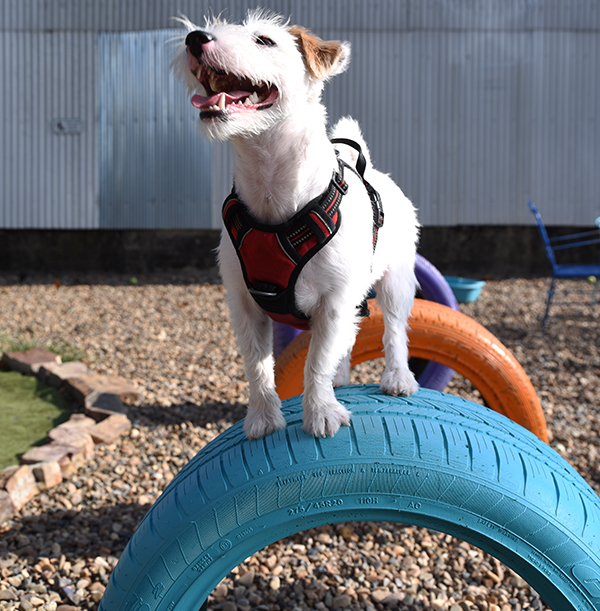 “We really didn’t have much of a patio at the other place. We have our ‘petio’ now,” he explains. “I think having dogs here adds to the ambiance, myself. They’re part of their family, so for customers to be able to bring their dogs to a dog-friendly environment, it’s a plus.”

Common sense reigns on the petio – patrons are asked to bring just one pooch per person, keep them on leash and to only bring dogs that do well around others.

“We don’t like aggressive dogs; if the dog doesn’t like to be around people or other dogs, then I’d probably discourage bringing them,” Melton says. “We’ve had very, very few issues, but every once in a while, we’ll have one. One dog didn’t like the other dog growling at him and snapped at it or something like that.”

There’s nothing on the menu specifically for dogs, but good boys and girls can still get a nice reward thanks to Diamond Bear’s recent addition of barbecue to the fare. If a rib bone or a morsel of pulled pork happens to make its way under the table, well, finders keepers.

Even more dressed-up places in town, such as Red Door Restaurant, have recently turned on to being pet-friendly. Actually, that’s not entirely true – Red Door has welcomed fluffers pretty much since it opened ten years ago, it’s just that generally only the most die-hard regulars know about it.

“I can’t remember when we didn’t allow pets,” says Mark Abernathy, owner and legendary Little Rock restauranteur. “We just do a lousy job of letting people know about this.

“I don’t know how we came about it. We had some customer call years ago and say, ‘Can we bring our dog?’ And I said, ‘Sure, why not?’”

Abernathy puts out water for the pups, which are allowed on the front patio, and notes there’s a patch of grass nearby for Scout to stretch his legs. From there, it’s all about manners and consideration to others. 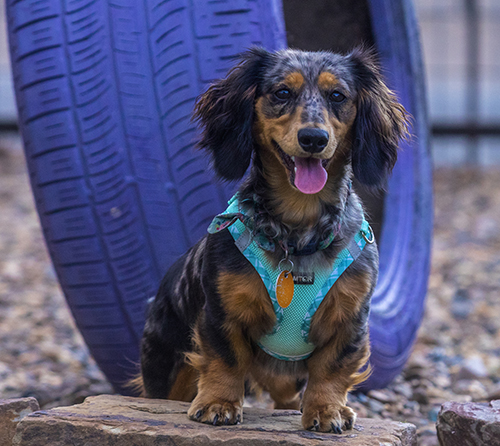 “Before bringing my dog for the first time, I think the first question I would ask myself would be would my dog be welcome in my friend’s home?” Abernathy says. “The second would be is my dog OK if there is another dog around? Other than that, that’s probably it.”

Abernathy said Red Door’s drink menu is as well-kept a secret as the pet policy, especially when it comes to wine prices, which are among the lowest in town. As far as the food, diners should notice a distinct connection between Red Door and Loca Luna, Abernathy’s other restaurant right across the parking lot, both in quality as well as variety.

“We’ve just never really had any problems. I can’t think of an incident where we had to make somebody take their dog home,” he explains. “But then, I’m a dog guy. I believe you give dogs the benefit of the doubt.” 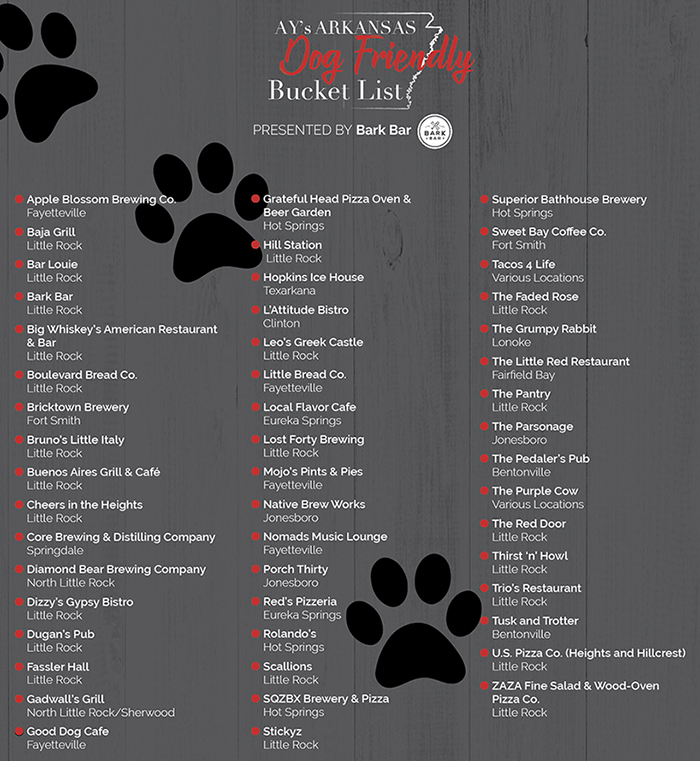