A Love Lock on Paris 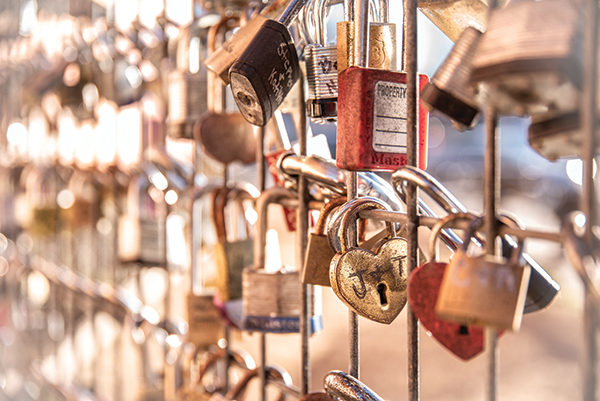 A Love Lock on Paris

With Valentine’s Day fast approaching, the thoughts of many readers may be drifting to romance — and chocolates, flowers, and … love locks.

Love locks? For those unacquainted with this century-old custom, a love lock is a simple padlock that a couple latches onto a bridge, gate, fence, monument or other public feature to commemorate their undying love. To cement the deal, the names or initials of the sweethearts are inscribed on the lock along with the date — and the key is then tossed aside to symbolize their never-ending devotion.

Although the tradition of love locks can be traced back to the young women of Serbia who wanted to safeguard their loves during World War I, its current revival falls squarely on the shoulders of Federico Moccia, an Italian novelist whose work has been compared to that of American writer Nicholas Sparks. One of Moccia’s books, first published in 2006 and translated into English as I Want You, includes a scene where two young lovers attach a padlock to a streetlamp on the Ponte Milvio, the oldest bridge in Rome, as a sign of their eternal affection. Real-life teenage couples in Rome soon began imitating this practice, and the tradition then exploded once the movie version of the book hit the big screens a year later. In fact, so many young lovers had placed padlocks on the lamppost that it began to buckle under the weight, forcing the mayor of Rome to have them removed.

It was only a matter of time before love locks began appearing on many other bridges throughout the world, literally piling up in Algiers, Dublin, Venice, Winnipeg, Canberra, Toronto, Las Vegas, New York, Little Rock and, of course, Paris. So many were attached to the Pont des Arts, a famous and much-loved pedestrian bridge over the River Seine near the Louvre, that a section of the structure collapsed a few years ago due to the overwhelming weight of the padlocks. As a result, the Paris Mayor’s Office began a new publicity campaign, “Love Without Locks,” and directed city workers to remove more than 1 million locks from this single bridge. In short, love locks have fallen out of favor in Paris. Paris, France, that is.

But love locks are allowed in Paris, Arkansas, a community of some 3,500 residents in the west-central region of the state. Not only allowed but encouraged at the Love Lock Fence located in the Eiffel Tower Park. Yes, you read that correctly: Eiffel Tower Park. In Arkansas. 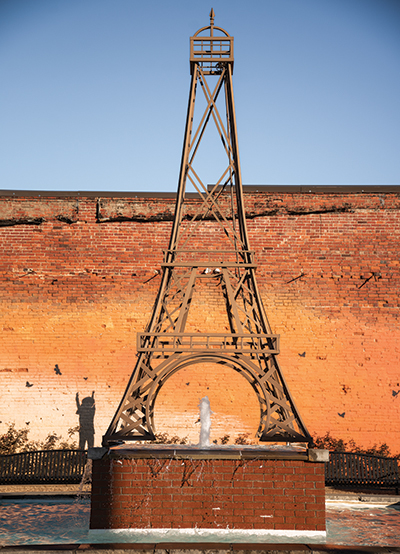 Maybe we should start at the beginning. Shortly after the Arkansas General Assembly created Logan County in 1871, a commission was charged with determining the county seat. Their efforts proved unsuccessful, so the decision was referred to the voters who picked an unnamed site in the north-central part of the county. The initial suggestion for the town’s name — Marysville — was set aside when research showed another post office in Arkansas had already claimed that name. One of the commissioners, R.D. Waddill, apparently an admirer of the French capital city, suggested Paris. The name stuck, and Paris, Arkansas, was incorporated on Feb. 19, 1879 — 143 years ago this month.

A turning point for Paris occurred in 1897 with completion of the Arkansas Central Railroad line that offered a connection to Fort Smith (40 miles to the west). Farm products, particularly cotton, were shipped out to more distant markets. But between its inaugural run and 1929, this railroad — along with dozens of others across the country — also transported an entirely different cargo: children. Orphaned children to be specific, all from New York, Boston, Philadelphia and other eastern cities, and sent west to find families. An estimated 200,000 or more, shipped out in groups of 25 to 100 per train and accompanied by agents, were relocated in this manner, with several hundred of them arriving in Arkansas. These children were discharged at a handful of cities in the state, to include Paris, where they met their new families. The priests at Subiaco Abbey (a short distance to the east of Paris) helped match the youngsters with local folks. Some landed in loving environments; others found themselves working long hours as little more than field hands and fighting for table scraps. Today, more than a few families in Logan and surrounding counties can trace kin back to the orphan train era. 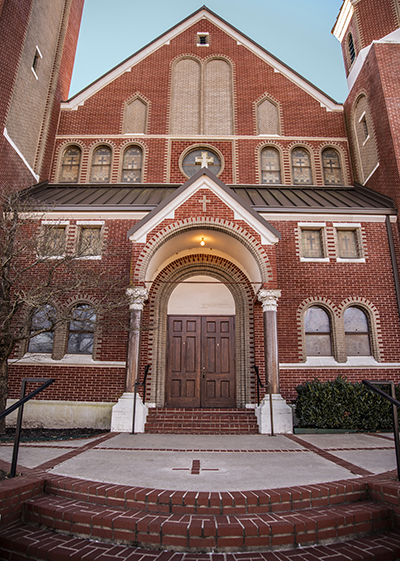 In 1901, Logan County was split into two judicial districts, primarily due to the rough terrain (Booneville Mountain, Backbone Mountain and Mount Magazine) that bisected the 708-square-mile county and made administering it difficult in those horse-and-buggy days. Paris retained the title of county seat for northern Logan County, and Booneville was designated to serve the county’s southern half.

Mining of coal began around Paris in 1906 and continued until the 1950s. More than 30 mines were in operation in the industry’s heyday, with some 2,000 miners on the payroll. During that time, 250 to 300 tons of coal were shipped daily to northern markets via the Arkansas Central Railroad before other fuels gradually replaced coal. The Logan County Coal Miners Museum & Memorial is a fascinating area attraction. 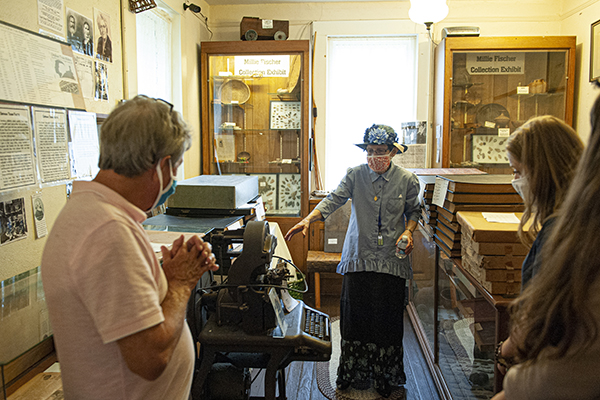 Another one worth your time is the Logan County Museum (also known as the “Old Jail Museum”). This handsome, two-story, red brick building housed its first prisoners in 1904 and remained in service until 1971. Its exhibits contain information on Native Americans, coal mining, early medical care and the orphan trains. Site of the last legal hanging in Arkansas, the museum offers a reenactment of that grisly 1914 event — with actors attired in period costumes — when scheduled well in advance.

Deciding to take advantage of its namesake, town promoters in 2014 placed an 18-foot-tall replica of the original Eiffel Tower atop a 7-foot-tall, two-tiered water fountain on the west side of the downtown square. Standing a full 25 feet high (although dwarfed by the 1,063-foot height of the famous edifice in France), it is an intriguing photo op. Trivia enthusiasts might be pleased to know that this smaller version is painted with exactly the same paint mixtures as its older brother across the Atlantic. The three shades of brown (chosen for harmony with the Parisian cityscape) were donated by the French manufacturer. And if you’re wondering why three shades, here’s the answer: The darkest tint is applied at the bottom of the Eiffel Tower and the lightest at the top “to ensure that the color is perceived to be the same all the way up as it stands against the Paris sky.” Such a distinction may be unnecessary in Logan County, but I digress … 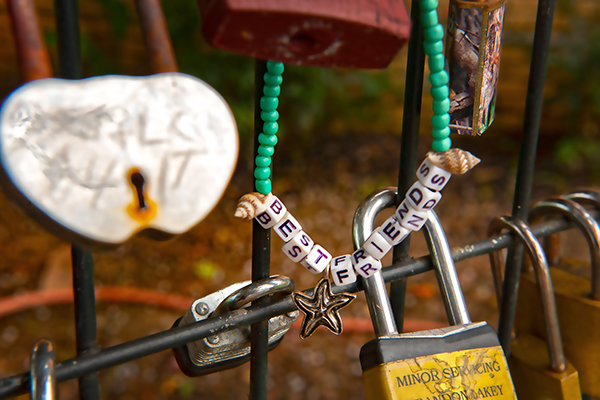 Which brings us to the legally sanctioned and politically correct Love Lock Fence in Paris, Arkansas. Located next to the Eiffel Tower, this unique point of interest was erected in 2017 during the city’s annual “Spring Time in Paris” festival. Hanging the first lock was none other than Savannah Skidmore, Miss Arkansas 2016. Visitors and residents alike are encouraged to attach locks to the fence, thus demonstrating to the public the everlasting love they have for their significant others. Keys are typically pitched into the fountain. Should you forget to bring your own lock to Paris, don’t fret; a number of local vendors will gladly supply you with an appropriate memento. 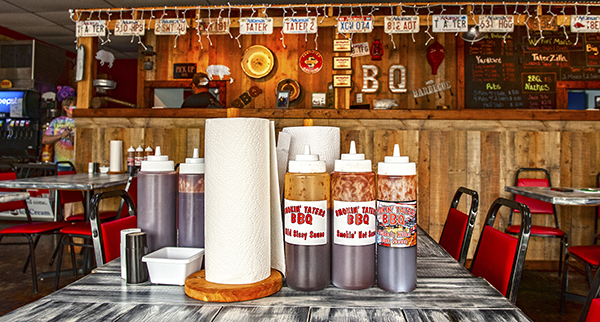 From the food to the history and heritage, Paris is one of Arkansas’ finest gems. (Photos courtesy ADPHT)

While croissants and baguettes won’t be found at corner bistros in Paris, there’s no shortage of good food. Barbecue enthusiasts will need to check out Smokin’ Taters BBQ, a popular eatery located at 1212 E. Walnut Street. Pitmaster Rusty Tate and his wife, Denise, offer ribs, brisket and the usual barbecue options, plus smoked bologna and even smoked meatloaf. 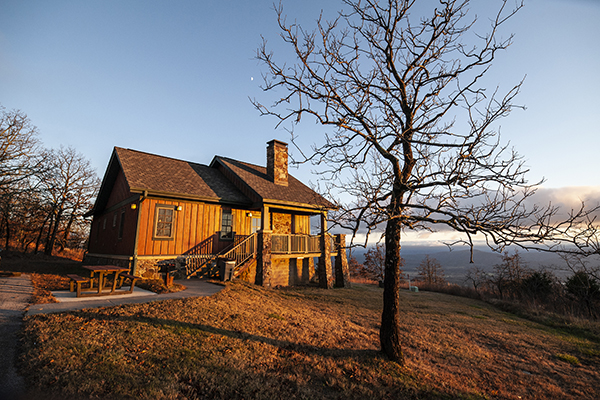 Craft beer aficionados will find a trio of destinations in the greater Paris area to experience: the Pridgin Family Brewery, Prestonrose Farm and Brewing Company and Country Monks Brewing. When at the latter, plan on spending some time at Subiaco Abbey, an American Benedictine Monastery and one of the most striking buildings in the state. Named after Subiaco, Italy, where the first monastery founded by Saint Benedict was located, it’s home to 39 Benedictine monks. (You might want to bring back a bottle of their legendary hot sauce!) 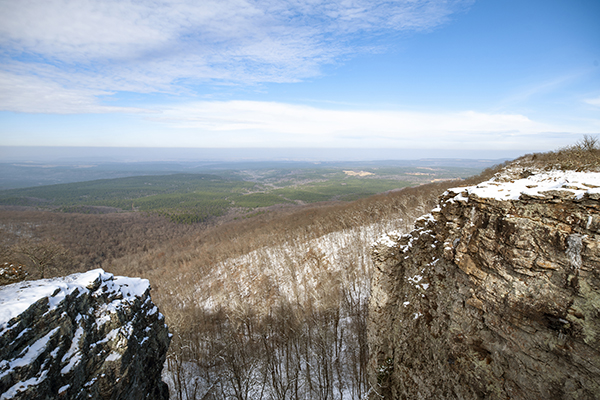 For cooler temperatures, though, consider a side trip to Mount Magazine, the site of Arkansas’ highest elevation (2,753 feet above sea level) and only a 20-minute drive south of Paris. The summit is also home to one of Arkansas’ newest state parks, Mount Magazine, and its lodge, restaurant, cabins and trails. Park Superintendent Lee Woodard finds himself about 240 miles west of his hometown of Lepanto and 2,500 feet higher, but loves this rugged country. Now in his third year as superintendent, Woodard appreciates the win-win relationship between the park and the community. “People from Paris often hold their banquets, class graduations and reunions up here,” he says, “and park visitors enjoy going into town for supplies.” 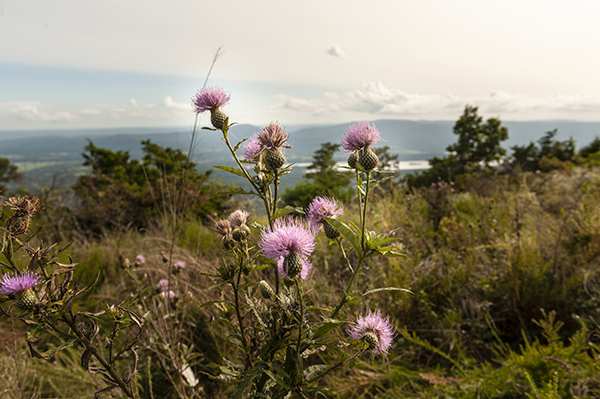 One of the many locals who have a special place in their hearts for Mount Magazine State Park is Hershel Cleveland, former Speaker of the Arkansas House of Representatives. Although he compiled 45 years of public service over the course of his career and participated in dozens of ground-breaking and ribbon-cutting ceremonies, few meant more than the grand-opening of the park in 2001. “It’s one of Arkansas’ real treasures,” he says. 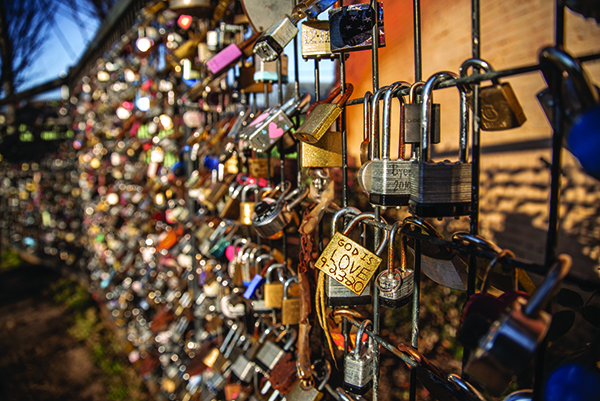 Now serving his third term, Mayor Daniel Rogers is another staunch advocate of the state park, noting that it lures travelers off Interstate 40 and into Paris. Rogers grew up working in the family’s long-standing dairy business and knew about everybody in town, paving the way for his election at the age of 27. He’s now working hard for the town’s citizens, describing his time as mayor as his “dream job.” He’s devoted a good deal of effort to improving the community’s senior center, and is also committed to building a new city park, even asking local kids for their thoughts on what should be included. “It’s important for a mayor to understand that it’s not his city,” Rogers says. “It’s their city.”

And he’s counting on AY readers making Paris their city, too — and perhaps leaving a little something at the Love Lock Fence.