A Moment Changes Everything

On opening weekend at the Momentary, the Bentonville contemporary art space built by the next generation of Waltons — Tom, Steuart and Olivia — the atmosphere was calm, almost peaceful. Families passed in and out, lingering at some of the art installations, rifling through the gift shop; some stopping at the in-house Onyx Coffee Lab to get a drink, others opting to check out the food truck parked outside.

That sense of casual unhurriedness can be attributed in part to the timed ticketing system regulating entry into the space, Emily Neuman, the Momentary’s public relations director, says. But it’s also because that’s exactly the way this space is supposed to make you feel.

“It needs to feel like an everyday living room for contemporary art,” Lieven Bertels, the executive director of the Momentary, says over coffee in the building’s Breakroom, a fast-casual restaurant and social space located in the heart of the building. 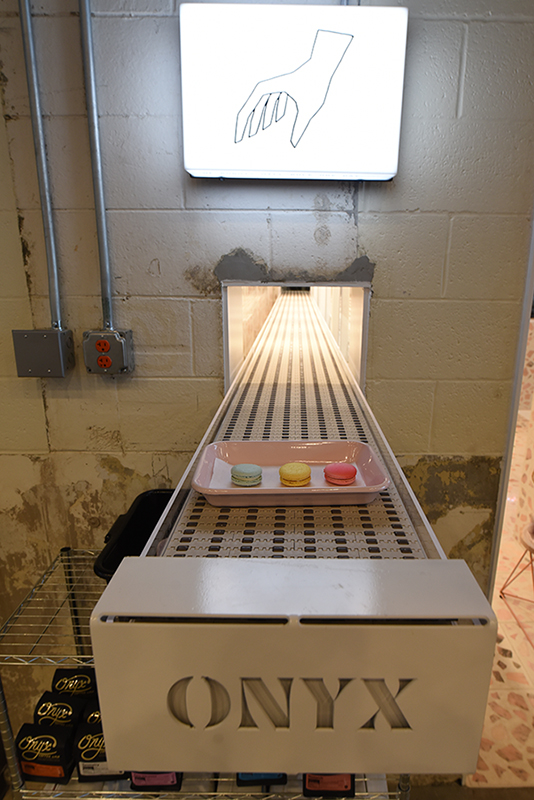 The Momentary is in many ways Northwest Arkansas packaged into one building. Built into the 63,000-square foot old Kraft cheese factory on 8th Street in Bentonville — a familiar structure for anyone who’s been in the area for a few decades, and slap in the middle of the ever-expanding Bentonville downtown — the new contemporary art space wants to encompass all of Northwest Arkansas’ history, from before it was even known as Arkansas, and become part of that history itself. Performances in the museum’s two interior theaters during the first weekend featured callbacks to the building’s history as a cheese factory in a live performance art piece by Kristin Worrall, and the group For You brought local residents into the show as part of their performance entitled First Things First. And the exterior glass at the entrance of the museum features a pattern called Sway by Oklahoma-based Osage artist Addie Roanhorse, inspired by Osage attire. The Momentary stands on land that was once used by the Osage Nation as hunting grounds.

Crystal Bridges is the “mothership” to the Momentary’s “little sibling,” as Bertels put it; the contemporary art space is a satellite campus of the older, more established museum just down the road, and remains deeply connected to it — a shuttle runs between the two buildings, and the current exhibition, State of The Art 2020, is split between them. 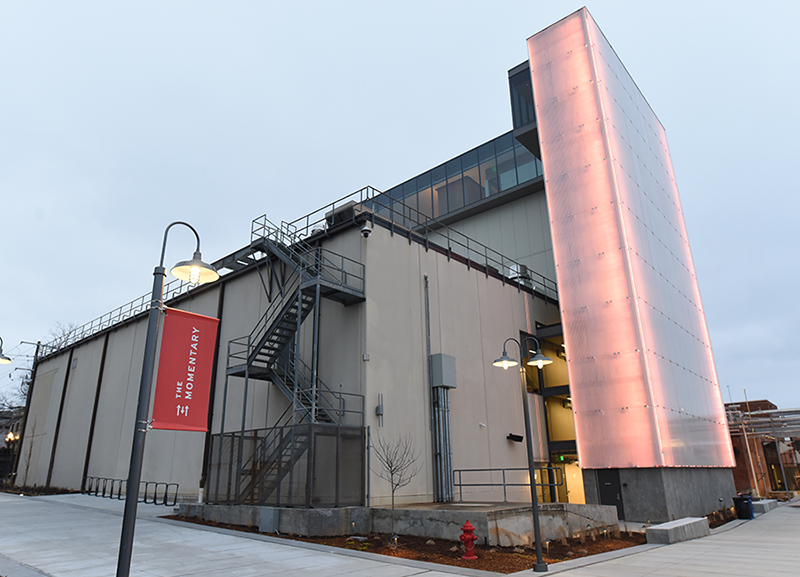 But the Momentary is a unique sort of space, one that presents different opportunities and challenges for curators. For one thing, unlike Crystal Bridges, the Momentary doesn’t have a permanent collection — meaning every exhibit that passes through its walls will be impermanent, fleeting, “of the moment,” if you will. For another, it’s not your typical museum.

Chicago-based architecture firm Kearns Architects was in charge of the building’s adaptive reuse design, which sought to preserve much of the building’s past — all the old industrial pipes running along the ceiling, the boiler room, the hydration tower — while making it a habitable space for contemporary art. 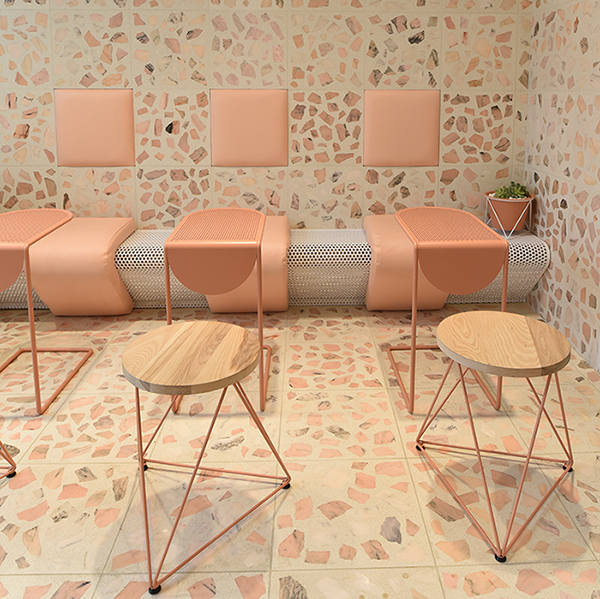 “We very much wanted to leave the history of the building very present,” says Lauren Haynes, the curator of contemporary art at Crystal Bridges and the Momentary’s visual arts curator. “The concrete floors, the walls that have their own history, and really allow the art to be in conversation with that in some spaces.”

“We deliberately wanted to keep some of the more gritty, adventurous elements of an old factory,” Bertels adds. “Because if you clean it up too much, you could just as well build a new thing … This is so much more interesting.” 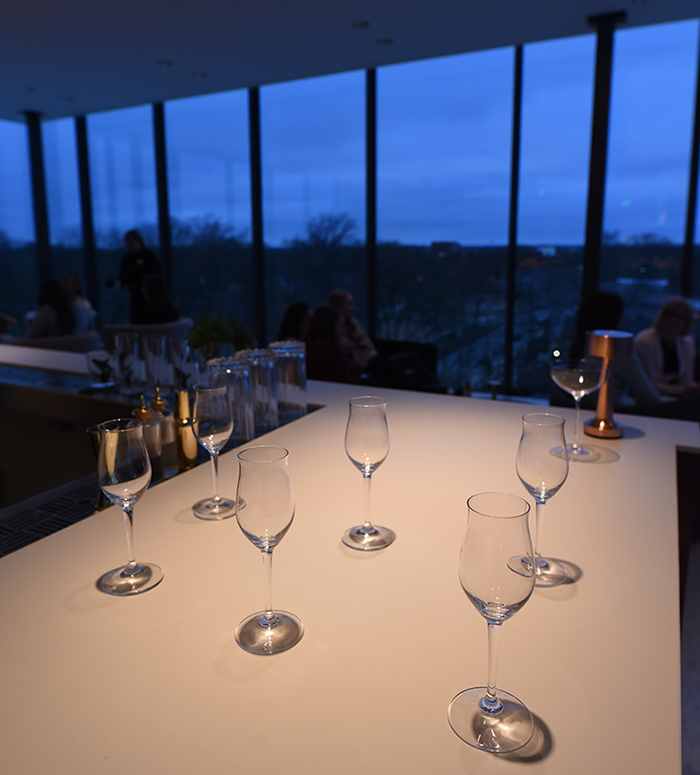 The first exhibit at the Momentary is State of the Art 2020, a collection of works by 61 contemporary American artists spread across Crystal Bridges and the Momentary. They were selected by Haynes and two other curators, who traveled around the country visiting artists in their studios to select those who would be featured in the exhibit. Past Crystal Bridges, visitors might remember the first iteration of State of the Art, which was held in 2014. This latest iteration, which will be at both museums until May 24, is all-new, but it has the same organizing principles: What is the state of American art today? Who are the most exciting artists in the country? What themes are they exploring?

The curators didn’t go out looking for pieces to fit a preconceived notion of what they hoped the exhibition would look like. Instead, they let the artwork they saw in their nationwide tour — even the pieces that didn’t make it into the final exhibit — speak to them. “We very much let these ideas organically develop from those conversations,” Haynes says.

Artists from around the country feature in the exhibition. Seattle-based artist Jody Kuehner created a bright space full of neon polka dots and bright patterns that will double as a stage for her drag persona, Cherdonna Shinatra, and her dance company. Fayetteville artist Anthony Sonnenberg has porcelain ceramic sculptures on view. Paul Stephen Benjamin, an Atlanta-based artist, has two shows in the exhibit: One, a site-specific work at Crystal Bridges exploring the meaning of the color black, and the second a video installation at the Momentary called Summer Breeze, which loops a video of a black child swinging in a playground against “Strange Fruit,” Billie Holiday’s famous song about Southern lynchings. 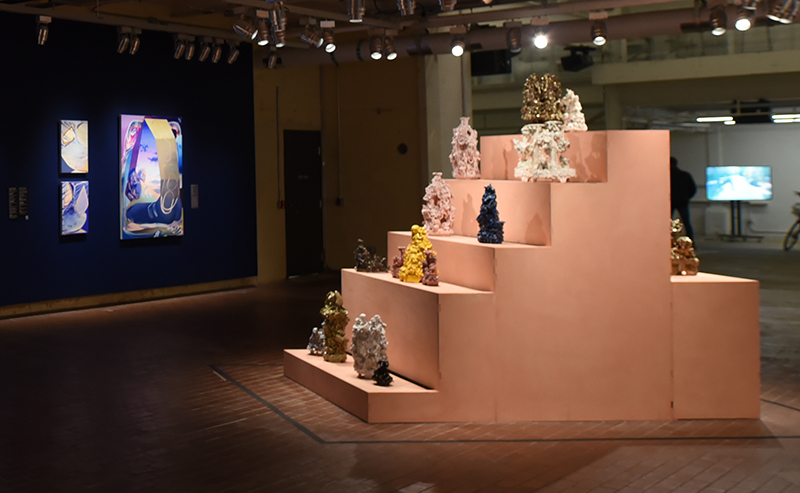 Even after State of the Art closes in May, the Momentary won’t balk at exhibiting provocative, even difficult contemporary art.

“The Momentary is a place for conversation,” says Bertels. “And that conversation will not shy away from some of the more pressing issues and difficult topics that we might encounter. But it is a good place to have a conversation, because you can meet in the middle of this country and have a crowd that is extremely diverse, extremely engaged and feels clearly at home from day one.” 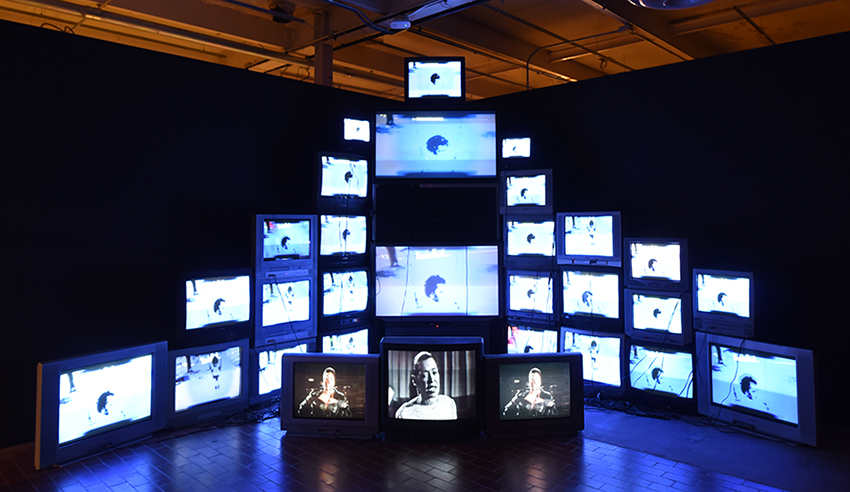 “There’s nothing like the Momentary in Northwest Arkansas,” says Joe Randel, the senior program officer for the Walton Family Foundation’s Home Region Program, which supports the Momentary. “It was a special nod towards younger audiences — a millennial, interdisciplinary kind of space.” With its ever-changing blend of coffee shops, restaurants, performing art and visual arts, the space has something to cater to almost everyone, the minds behind it hope. And they don’t want — or expect — people to come just for the art.

“You can come in there and have a meal, you can experience world-class culinary offerings and take in the visual arts components walking through the building or time-based event programming as well,” says Randel. 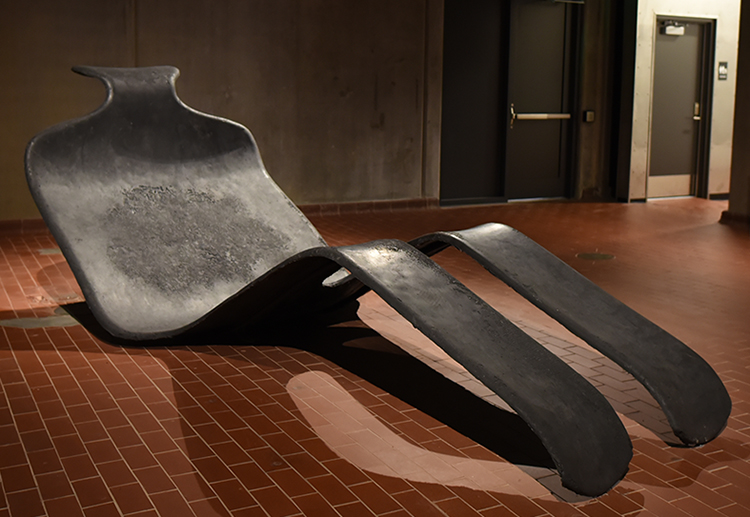 Because exhibits will be rotating in and out with such frequency, and because the Momentary will host performances, festivals, even culinary displays, the minds behind it hope there will be something for everyone in the community — even for those who couldn’t care less about art. “They don’t necessarily have to come because they want to see a performance, but they just want to come and hang out or grab a bite and charge their phone,” says Haynes.

“People need to feel absolutely welcome here to just walk into this Breakroom to grab a meal or go on a date,” says Bertels. “If you want to jazz it up, you can take the elevator at night and go into this beautiful Tower Bar and have a cocktail bar. We want to encourage people to use this as a coworking space as well — we have all these magazines, you can sit and work from your laptop, read an art magazine or a newspaper.”

No matter if you come once a year or once a week, you can expect something different every time you walk through the Momentary’s doors. “For the local community, we want to make sure people feel the desire to come more than once,” says Bertels. “And so it needs to feel different every time they come.”