A New Era for The Pizzeria 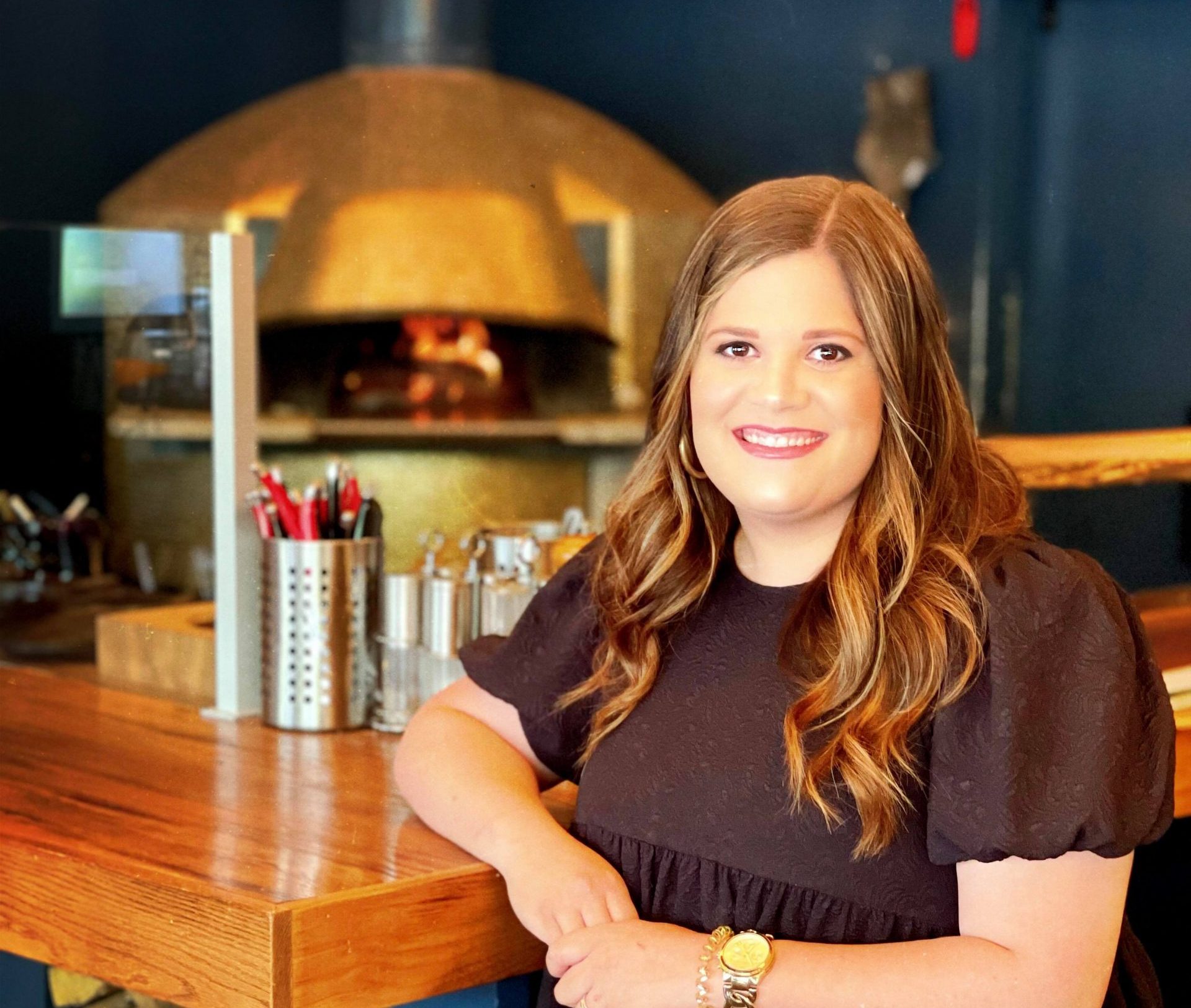 The Pizzeria, the popular Heights eatery known for serving up some of the very best Neapolitan-style pizza in Little Rock, has recently brought in some new faces from out-of-state to help elevate their bar program and desserts with the additions of Paul Perroni and Anna Chighizola.

“Paul is a Little Rock native and Catholic High alumni who has spent most of his adult life in America’s largest cities, including Los Angeles, Chicago, New York City, and most recently New Orleans,” says co-owner and general manager Dillon Garcia. “In addition to being a bartender, Paul has also done quite a bit of acting. He has starred in several commercials for major brands including Target, Tide, DirecTV, and the long-running Wendy’s ad campaign for 3conomics. He has also guest-starred in several popular TV series such as Chicago PD, Empire, APB, as well as a few movies and several live productions.” 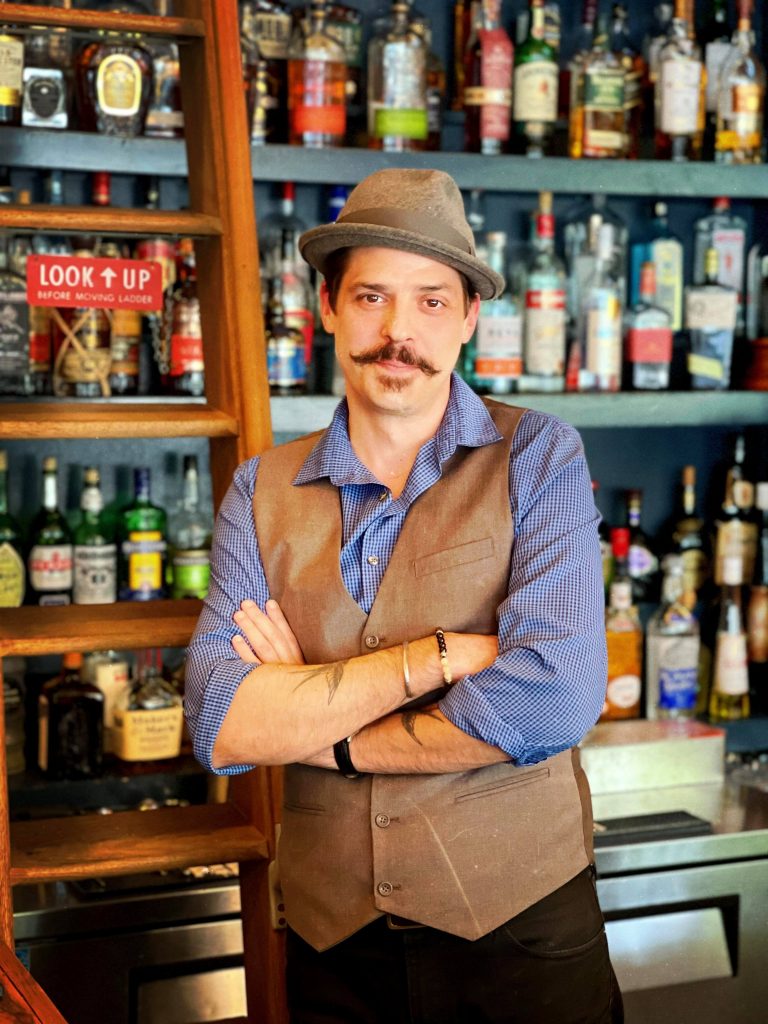 Co-owner Jacquelyn Compton, a childhood friend of Perroni, was instrumental in bringing him back to the capital city.

Says Garcia, “During the pandemic when bars were closed, it became difficult to afford New Orleans rent, so Paul decided to take Jacquelyn up on her offer to come back to Little Rock and join our bar program where his talents can shine. While I was the one to originally shape the bar program into what it was, I was happy to pass the reins over to Paul as I knew what I created would be in good hands and could only get better under his watch while I shifted focus to other areas to maintain and grow our business.”

Perroni combines his cocktail creations with a style and delivery that are uniquely his own, all of which have led to a growing popularity among patrons.

“Having grown up in the area and going to school with several of our neighborhood regulars, his presence here was an immediate sensation and everyday was like a reunion of sorts in the beginning. Since settling in here, he has captured the affection of our other regulars and even brought in several new regulars that were intrigued after seeing some of his drinks on social media,” says Garcia.

As for desserts, it’s an area that has always been a focal point for The Pizzeria, but the addition of Chighizola promises to elevate confections to even greater heights. The decision by ownership to bring her on board was an easy one.

“Anna was preparing for her move to Little Rock and asked on a women’s forum for information on any local establishments that may be looking to hire an experienced pastry chef. Jacquelyn saw her post and they spoke over text a few times in the months leading up to her move. Once settled, Anna messaged that she would be interested in interviewing. Jacquelyn told her that she would have her pick of jobs here in Little Rock and that she’d need to interview us to find out if we could support her level of talent because she’s beyond qualified. We’ve been looking for the type of talent Anna brings to the table since the day we opened our doors. It took us six years to find her,” says Garcia.

On a broader scope, the hiring of Perroni and Chighizola marks a new phase for The Pizzeria.

“Paul and Anna possess the two qualities required to thrive in hospitality: creativity and work ethic,” says Garcia. “They are both extremely talented and we look forward to the positive impact they will have on our amazing team. Our goal as we age and grow our business is to provide an outlet for our talents to shine and for our community to reap the benefits of our desires to entertain.”

In terms of what you, the diner, can expect from the two, I’m told Chighizola will continue making many of the classics but has already added a few of her own desserts into the rotation, including a Root Beer Float Pie and Elvis Pie with a banana peanut butter cream in a chocolate crust. She’s also brought back sugar cookies to the menu and Chighizola will be making a different specialty cake every week.

Like Chighizola, Perroni has delivered on the classics with an eye towards fun and creativity.

“Some his most popular drinks so far include the Blaire, a concoction of gin, egg white, sage syrup, fresh citrus, and key lime bitters, and the Colonial Court, with tequila, Lillet blanc, jalapeño, cucumber, and cilantro. Another highly requested drink that he started making here, albeit not one of his original creations, is the Seelbach, with bourbon, orange liqueur, bitters, and bubbles. But he is constantly making fresh syrups and shrubs every week and coming up with delicious cocktail specials that are always a hit,” says Garcia.

And I imagine the hits will keep coming for both Perroni and Chighizola. As for The Pizzeria, the future looks bright.

Photos courtesy of The Pizzeria.