A New Season: The City of Pine Bluff Gets a Lift 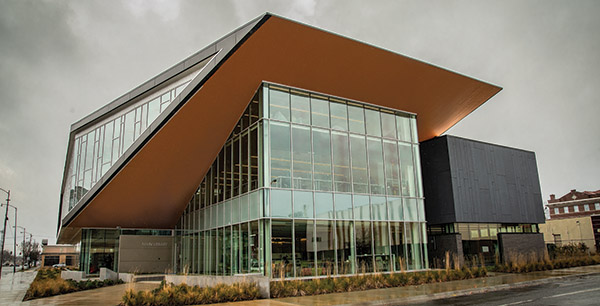 A New Season: The City of Pine Bluff Gets a Lift with a Brand-New, Innovative Public Library That is Aesthetically Pleasing, Advanced in Technology and a Refreshing Resource

Located in downtown Pine Bluff at the corner of 6th Avenue and Main Street sits a two-and-a-half-story, 34,000-square-foot getaway. It’s the new public library, and its eye-catching, modern exterior, in sharp contrast to the historic, more traditional buildings that surround it, is just the beginning of what lies ahead once inside.

Director Ricky Williams has been involved with the Pine Bluff Public Library for more than four years now. He first started as the IT manager, followed by assistant director before his current role. A labor of love, the library took two entire years to complete, half of Williams’ tenure, because of COVID-19 delays. But, the end result was well worth it. Built by East Harding Construction and designed by Polk Stanley Wilcox Architects, the building is a true masterpiece that not only provides a feast for the eyes but a favorable function for the city.

“This project will always hold a special place in my heart, because not only did I get a chance to be a part of history in Pine Bluff, but I also got a chance to give the community emerging technology needed in the area,” Williams says.

Mildred Franco is the executive director of The Generator, located across the street, and a partner with organizations like the library, leveraging each building’s resources to amplify community reach. 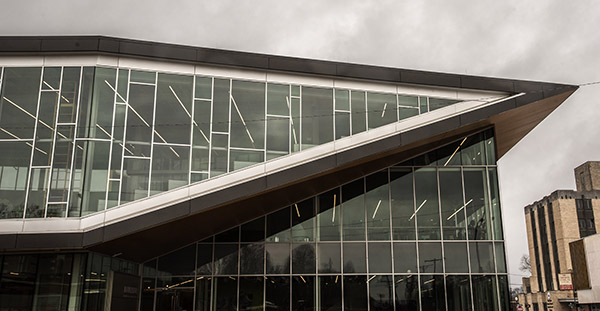 The Generator is an innovation hub powered by Go Forward Pine Bluff, an entrepreneur support organization (ESO) and a digital skill learning center that includes a makerspace. This new concept provides coworking space, technology and programs to encourage innovation, collaboration, making and entrepreneurship for young and old alike.

“The downtown landscape has been brought into the 21st century by this beautiful facility designed by award-winning architect Reese Rowland,” Franco says. “The community now has a beautiful place to gather, explore and learn. Ricky Williams brings his energy and passion to this new facility. Under his leadership, the library is engaging with the community and providing more value every day.

“The Pine Bluff community felt immense pride in the opening of this new facility, and we have been working extremely hard to revitalize the city to restore downtown. The new library signals the beginning of a new era for Main Street.”

The library’s futuristic exterior is modern in design because of its many geometric angles and a facade of glass, which also aids with energy efficiency. The building includes many low e-glass windows that allow natural sunlight and minimize energy costs. Plus, an LED lighting control system saves on energy by dimming the lights according to how much natural light the building receives. For now, the community can stay warm inside, but once warmer weather arrives in the spring, the library will offer outdoor seating areas in the front and rear so that patrons can grab a book and enjoy the weather at the same time.

“I’m excited that we have such a facility to help address one of the more threatening stats to our community – the literacy rate. It must improve, and it will be improved through this facility and intentional leadership. Mr. Williams does a great job.”

Inside, regal — and still modern to complement the exterior — hues of rich, bright gold are awash throughout, covering a striking oval shape that runs across every floor space. Many walls remain off-white to show off bolder accent colors of lime green, purple and powder blue. A mixture of stained concrete covers 80 percent of the flooring, while luxury vinyl tile is used in the meeting rooms with carpet in the labs. Odd-shaped furniture completes the modern adventure and sets the library apart from many other businesses in the area.

Williams says, “The city of Pine Bluff has been working on rebuilding the downtown area, and the library being built on Main Street paved the way for more similar-style buildings to be constructed in the future here in downtown Pine Bluff.”

Vice President of Economic Development for the Economic Development Alliance for Jefferson County Nancy McNew says, “The new library has added a state-of-the-art educational piece to our community. It offers much more than your typical library and has been a beautiful architectural addition to our downtown. I’m very proud that we have a facility that boasts so many amenities for our community to utilize.”

Besides the overall beautiful aesthetics of the exterior and interior, the library has several standout rooms not found in the former library. “The most popular areas in the library are the recording studios, public lab, study rooms, cafe and meeting rooms,” Williams says. “The recording studios, study rooms, cafe and meeting rooms are a few of many areas that we did not have at the old library, and patrons really enjoy the new additions that came along with the construction of the new library.” 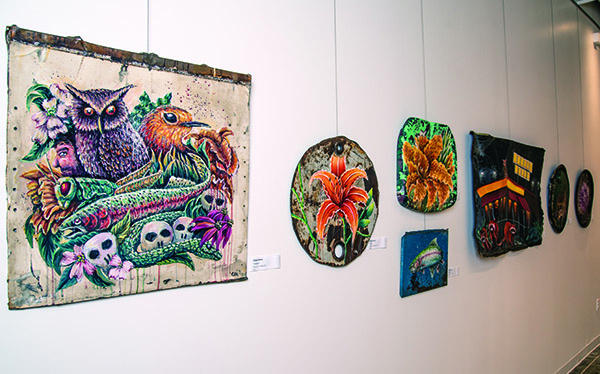 McNew adds, “My personal favorite part about the new library is how there is a section in the library for everyone. There are books for all ages, a teen lounge, a children’s area, computer room, kitchen area, recording studio, genealogy room, and they offer several classes throughout the year.”

The training lab, in particular, stands out from many other areas within the library. “We decided to use iMacs for the training lab instead of PCs due to software programs exclusive to only Apple products,” Williams says. The training lab is viewed as an area where patrons can deepen entrepreneurship skills by giving them a space to be creative with software programs such as Adobe Elements, Final Cut Pro and Logic Pro X. This area also includes two 3D printers that patrons can use to create and print objects.

“The goal was to create a new staple in the community that attracts all patrons by providing advances in technology and access to programming that the community wouldn’t normally have access to,” Williams says.

The teaching kitchen is another new area where patrons throughout the Pine Bluff community can come and gather to share nutritious meals and recipes. In the upcoming year, twice a month, there will be cooking classes centered around making many different restaurant-style foods.

“We hope to attract more teens to the kitchen by offering classes on foods they like to eat,” Williams says.

The recording studios have been a very popular area for teens and young adults. The studios have primarily been used to record music of many different aspiring artists in the Pine Bluff area. Recording music is not the only function of the studios, however.

“We also have a Canon 6D Mark III camera with a multiple lens option that can be checked out to use with a retractable green screen to host podcasts or create YouTube videos,” Williams says. “The construction of the new library has provided many citizens throughout the Pine Bluff/Jefferson County area with a sense of hope.

The new library is one of the key pieces of the city of Pine Bluff revitalization. City and county leaders have gained the trust of the citizens within the community by making things happen here in Pine Bluff.”

Since becoming director of the Pine Bluff A&P Commission in 2018, Sheri Storie’s goal has been to develop new heritage tourism products and experiences that focus on the city’s rich, unique and multi-cultural history, which is predominantly African American.

“This goal is in alignment with national and international tourism trends where visitors are seeking authentic locations that interpret true history,” she says. “Since heritage tourism had not been a priority in promoting Pine Bluff as a destination in the past, we basically had to start from scratch to develop new strategic brand language, marketing plan and products that we could implement immediately while the city began its revitalization efforts. Our approach was to promote the untold stories of the past, along with the structure, organizations and institutions that provided access to those stories at the time.” 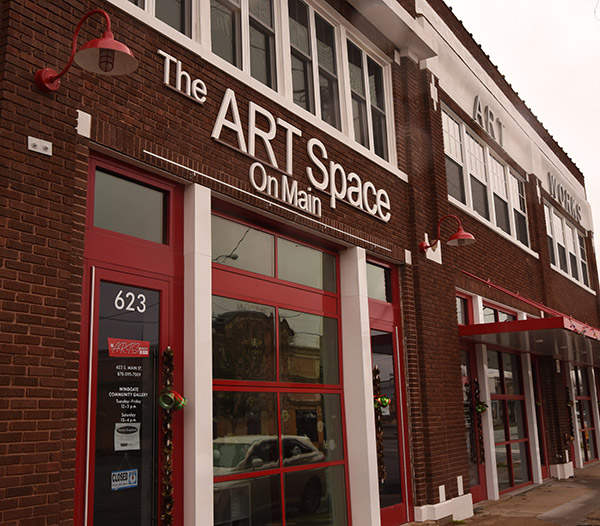 In just the past few years, the revitalization of Pine Bluff has rivaled anywhere else in the state. A few examples of this include:

• Civil rights, music, theater and film digital experiences created for its website during the pandemic

• The Freedom and Blues Exhibition

All this is in addition to the mainstays of the city, such as the University of Arkansas at Pine Bluff, Pine Bluff Regional Park, the Arts & Science Center for Southeast Arkansas, and more.

“When people can see and experience for themselves everything Pine Bluff has to offer, they are greatly surprised and make plans for a return visit,” Storie says.

READ MORE: The Sound of Our Town: Pine Bluff Paved by Music