A Party with a Purpose: Foundation to Host Second Juneteenth Fest

A Party with a Purpose: Foundation to Host Second Juneteenth Fest

Brandon Kimbrough is an American success story. The Little Rock native and family man owns his own landscaping company, continuing a long line of family business ownership and job creation. He’s also a man of few words, preferring to let his actions speak for him. It’s a trait he inherited from his family predecessors, people to whom he gives a lion’s share of credit for his success today.

“I was raised by my grandparents, and I had the opportunity to be around my great-grandparents as well. They taught me a lot: hard work, respect, discipline, being well-mannered and striving for the best things in life,” he says. “Go after what you want to achieve, education and things of that nature. Also, entrepreneurship and business ownership; a lot of my family are entrepreneurs.”

Kimbrough was also immersed in his family’s history and culture, to better understand the journey they took to get here, the struggle for equal rights and legitimacy in the eyes of the law, and how that legacy was shared by all people of color.

“We had a fireplace in the living room, and it had a big bookshelf full of encyclopedias and Black history books,” Kimbrough says. “We were encouraged to read and, actually, we had nights that we would sit in there and everybody would take a turn reading out of the books, making sure we understood what was going on.”

It is upon this kind of legacy that the Kimbrough Family Foundation was born, the brainchild of Brandon’s wife Ebony. And it is in this spirit of community and identity that the Foundation returns in 2022 with its second Juneteenth celebration, slated for June 18 at Interstate Park in Little Rock. 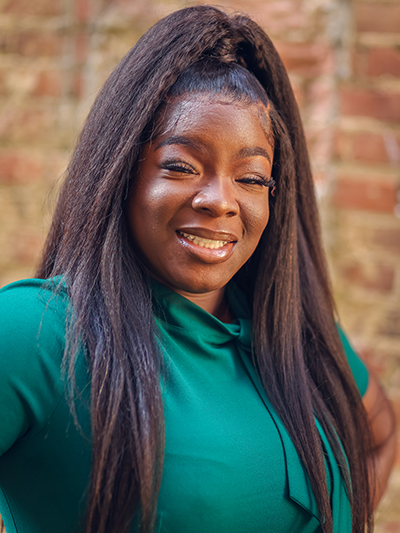 “The Kimbrough Family Foundation just recently became a 501(c)(3) nonprofit, and the goal for the foundation is to simply give back and bring the village back,” Ebony says. “We see a lack in the Black and brown communities’ resources, unity, in education for sure. You have a lot of foundations that do a lot of wonderful things, but we wanted to do things and impact those directly that are in our community.”

The organization’s first events were last year’s inaugural Juneteenth as well as a back-to-school promotion, and both proved to be immediate successes. The festival, which was put together almost on a whim, was a blowout hit as people looked for a return to normalcy following 2020’s lockdown on events.

“Now, this is crazy,” Ebony says. “I made a post and I’m like, ‘Ya’ll, are we doing anything for Juneteenth?’ Everybody was like, they hadn’t seen anything with Juneteenth around here in a very long time. I’m like, ‘We need to throw our own. Let’s do it!’ We did it in three weeks.

Like her husband, Ebony is a self-made entrepreneur whose elders spent considerable time and effort to ensure she understood and embraced her rich cultural heritage growing up. And friend, she’s not afraid to tell it.

“My grandfather was a Black Panther affiliate. I was raised knowing the history of my people and that didn’t start with slavery,” she says. “Slavery is a part of our history, but we created a lot of things, too. We were mathematicians, we were scientists. 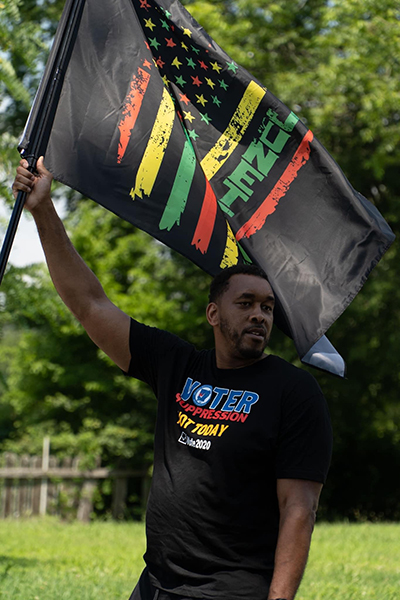 Ebony got the idea to form the Kimbrough Family Foundation in part to honor her family-in-law’s accomplishments by bringing messages of positive self-identification and cultural awareness to Black and brown communities. The group’s lofty ambitions quickly drew support from others, 16 of whom serve on the Juneteenth Celebration organizing committee.

Monica Hale, owner of real estate firm Plush Homes Company Realtors in Little Rock, became involved not only to support her community but to provide a means of connection for people of other backgrounds. She said the festival provides a fun environment for the very serious work of racial bridge-building by exposing other populations to Black culture through food, music and businesses.

“The festival empowers people, people who wouldn’t normally participate in something like that. It gives them that at-home feeling,” she says. “If I truly feel good here, I can connect with these people. When they come to the festival, they will feel that genuine family love. Everybody just comes together.”

Organizers say while many will attend simply for a good time, the larger underlying goal is to provide an opportunity for education for all people in appreciating the Black experience. This process starts at a fundamental level, they say, such as understanding the very holiday the event is commemorating. 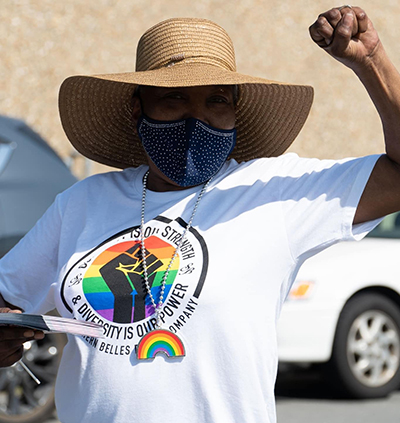 Slavery technically ended with Abraham Lincoln’s Emancipation Proclamation, which went into effect Jan. 1, 1863. That executive order’s legitimacy was upheld by the Union’s triumph in the Civil War in April 1965. But it wasn’t until Union Gen. Gordon Granger’s forces arrived in Galveston, Texas, and he announced on full authority of the U.S. government that all African Americans were free, that what had been the law of the land for 30 months became real, codified in the 13th Amendment to the U.S. Constitution in December 1865. Juneteenth is a nickname derived from the date of Granger’s historic statement, June 19, 1865.

Members of the organizing committee say such details, as with many elements of the Black experience, are commonly glossed over or omitted entirely in the classroom. Left unchecked or uncorrected, this degrades the view future generations have of their full story.

“I’ve always taught my children to challenge what they don’t believe is factual,” says Tiffany McGehee, committee member, entrepreneur and mother of three. “My son, I always call him the historian because he always researches things, and he’s like, ‘I learned this in school but I was watching whatever and it said this.’ He’ll pick up a book — and he has a lot of Black history books. Some things that I didn’t even know he’s educated me on, just about our history. With me being a part of this board, it’s helping me understand that for some things we do have to dig deeper into research and get the facts about it.”

Just as Frederick Douglass once famously asked, “What to a slave is the Fourth of July?” the members of the event’s organizing committee have held up to the light the question, “Why care about Juneteenth when so many other problems exist today?” And to a person, they insist the two are not mutually exclusive; that the answer to many of the issues facing communities today starts with a lack of understanding, promulgated through decades of curricular omissions and centuries of systemic bigotry, coloring how we see each other and perceive our own individual worth. Sometimes, they say, a celebration is all it takes to start bringing that perspective back into focus.

“I have two boys and a daughter, and I’ve noticed that with them, nothing is being taught,” Ebony says. “A lot of times when Black history is taught it’s taught in correspondence to the health of white history, and that’s just not factual. I’ve even had instances where during Black history, the teacher says, ‘Let’s talk about slavery because Black history started with slavery.My son’s like, ‘Yo, no, it didn’t start with slavery.’ That poses a problem.

“I think that as parents and as nonprofits and as a community that’s where we have to step in and let them know. I think a lot of the crime that happens, a lot of the misfortunes that happen around our Gen Z children, is because they don’t understand their value and their roots. They don’t truly know where they come from. Everything that they see says their race is subpar. But if they were truly taught history, they would see that you’re equivalent, you’re not less than.”

The 2022 Juneteenth Arkansas Festival will take place Saturday, June 18, beginning with an inaugural parade at 2 p.m. and wrapping up with a fireworks show at 9 p.m. Visit the official event website for more information.