This year, we are pleased to showcase the home of Toni and Clarke Tucker. Nestled in one of central Arkansas’ most popular neighborhoods, this family home features traditional furnishings arranged artfully and comfortably. While it’s beloved, it’s also lived in with a  comfortable “Norman Rockwell” feel.

[dropcap]D[/dropcap]esigner Carrie Kidd Bell, owner of Carrie Kidd Designs, worked with the Tuckers on the overall design of their home. So calling upon her to decorate for the holidays was a no brainer. Bell used the couple’s whimsical decorations to create scenes that could easily have been featured in a Norman Rockwell painting. By adding florals, gift-wrapped candles and toy soldiers from Tipton Hurst, she brought just the right amount of Christmas spirit to the Tucker home. 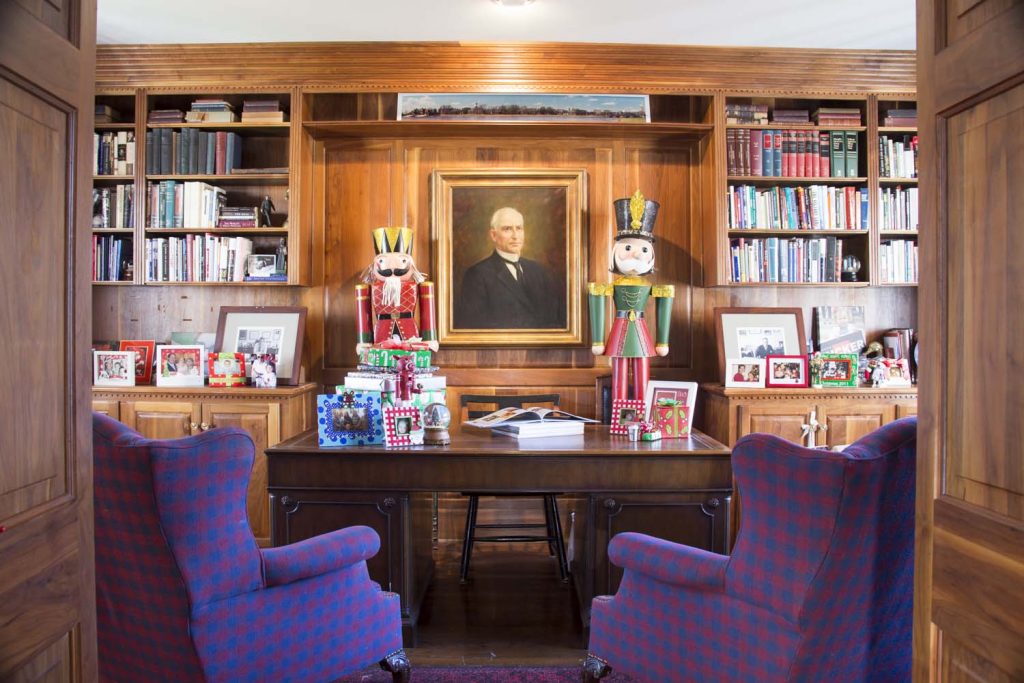 Wonder-filled Workspace
Clarke Tucker’s office is a comfortable and efficient space, with a burled walnut wall and great built-ins. The state representative’s desk is a family heirloom that has been passed from generation to generation. A portrait of the late James P. Clarke, U.S. Senator and governor of Arkansas is proudly displayed in the background. During the holidays, Clarke uses the office as Santa’s helper, making lists of who is naughty and nice. Bell made the space festive by adding traditional holiday decorations including these toy soldiers, as well as this Razorback nutcracker. 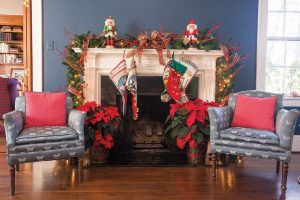 A Place of Warmth The mantel, adorned with traditional garland, personalized stockings and another pair of nutcrackers, coordinates well in the space. The fireplace is flanked by a matching set of chairs, and this trio of wise men nutcrackers continues the theme. 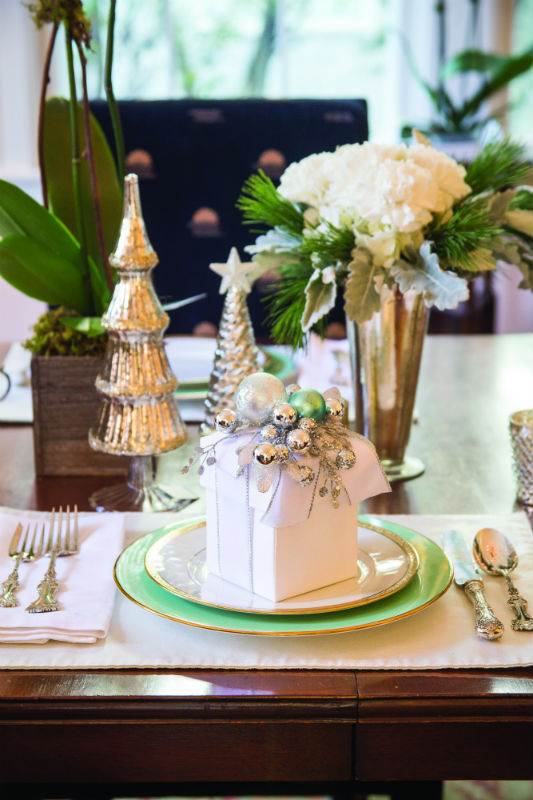 A Sophisticated Setting
“The rest of the house is decorated in a more laid-back fashion. So we decided to make the dining room more formal,” Bell said. “We wanted to keep it simple yet festive, sophisticated but to still have it feel like Christmas.” 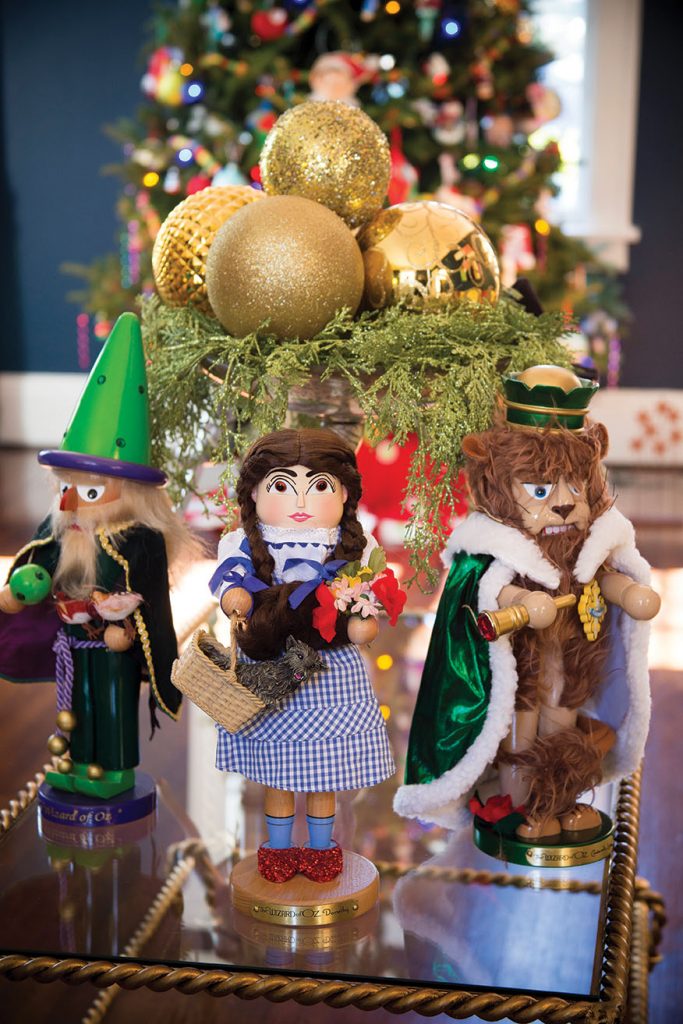 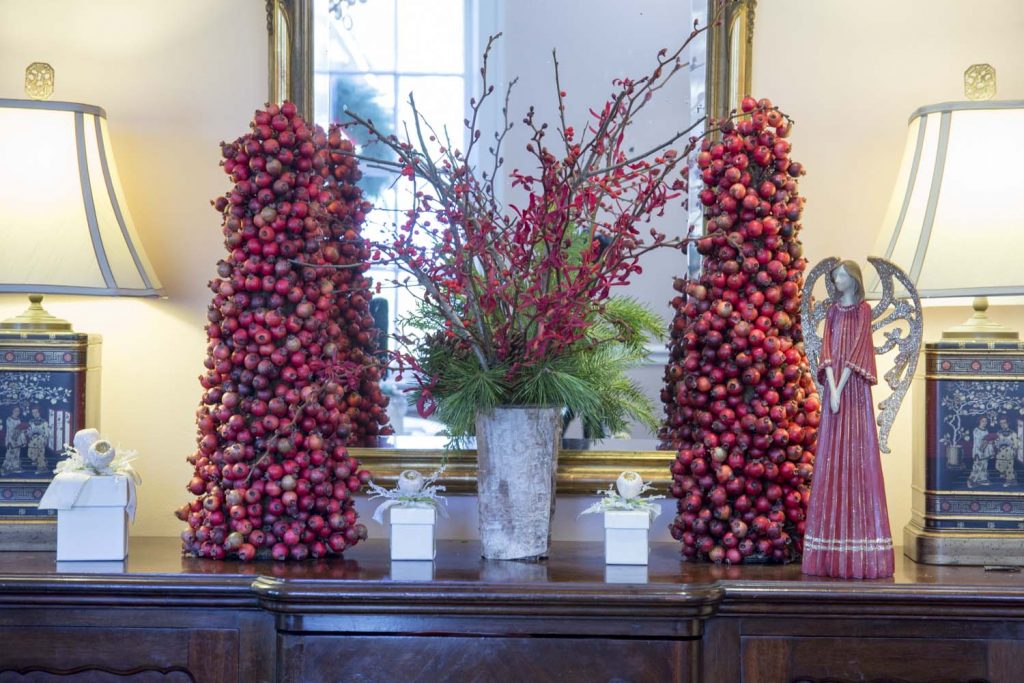 A Beautiful Buffet
The matching antique buffet was dressed with a pair of pomegranate trees that the Tuckers own. Bell added from Tipton Hurst an orchid and holly branch arrangement set in a bark veneer vase and a sweet little crimson angel with glittered wings. 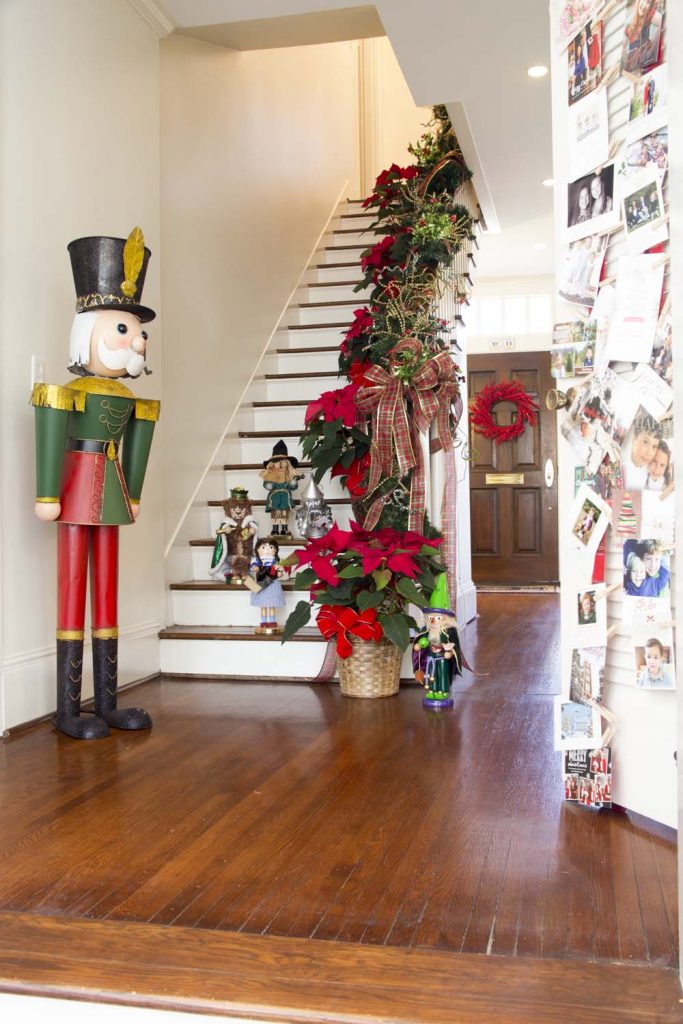 A Classic Climb 
“I love Toni’s collection of ‘The Wizard of Oz’ nutcrackers. They’re actually a gift from Clarke’s mom,” Bell said. “They bring a great touch of whimsy to the formal living space. The banister is dressed with traditional garland, complete with red berries and plaid ribbon.”