A Star on the Wall 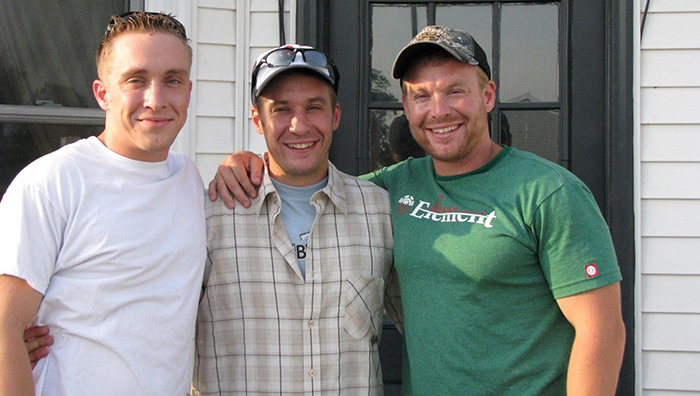 A Star on the Wall: ‘Three Wise Men’

Beau Wise is getting better at talking to people.

The veteran had had a time of things getting back to civilian life after 12 years in the United States Marine Corps. He didn’t have much to say to the very people whose freedom he’d protected, who’d flown the flags and cheered at football games after the National Anthem. Darkness, he knew; death, he knew. It was living with them that he couldn’t quite piece together.

For a long time, if you hadn’t worn the uniform or tasted the Iraqi sand or felt the Afghan wall above your head spatter under enemy fire, he didn’t know how to talk to you. And the stuff that even those comrades couldn’t fathom only his journal heard, especially once he came home. But home is a strange concept to the lost, and Wise was, for a time, as lost as they come. His brothers, Jeremy and Ben, alternatingly his North Star and his rudder his entire life, were gone and some suit who’d never faced Haji took him out of a position to do something about that.

See, the thing is, so much of him was left out there, scattered like Bedouin tents under the desert sun and stars, it just took a while for all the personal fragments — or the memory of them — to make it back to Oklahoma to coalesce in the memoir of his brothers, Three Wise Men: A Navy SEAL, a Green Beret, and How Their Marine Brother Became a War’s Sole Survivor.

“I started journaling for my own cathartic reasons,” he tells AY About You. “I did not like talking to people at all, especially anyone who wasn’t a service member. Even in the service, if they weren’t in Iraq or Afghanistan, I really didn’t talk a whole lot. It was the guys who had been downrange; I had no problem talking to them. But at home, I was a vault, which is very not healthy. I would say that is one of the biggest problems that we have, is family members who are struggling to get vets to talk. 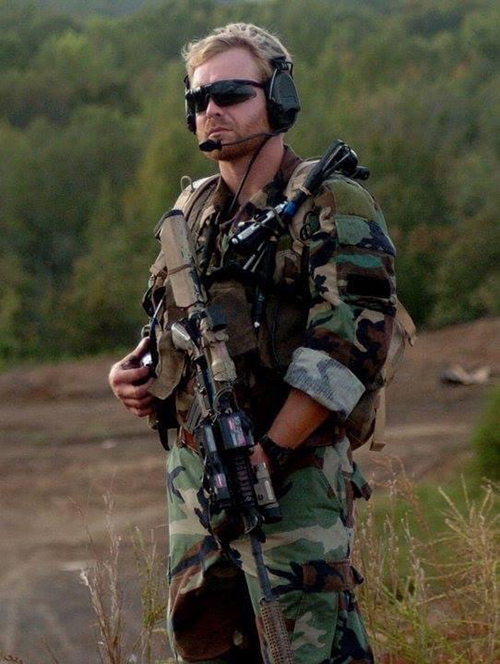 “There were a lot of things I wanted to say [in the book], and I think and hope and pray that I allowed myself to be as vulnerable as possible, so people could learn from my successes and failures, my weaknesses and my strengths, and from Jeremy’s and Ben’s. That was the most difficult thing in the writing process, was to allow them to be human. As amazing as they are, they’re humans and flawed.”

None of the Wise boys had to go into the military, but something in them wouldn’t be satisfied with anything less. Growing up in El Dorado, they were often regaled by their mother’s stories about their grandfather’s and great-uncle’s exploits in World War II, military glory that skipped a generation, as he puts it. Sons of a doctor, the Wise brothers had other options — Jeremy even made it to his third year of medical school before finally answering destiny’s call — but the lure of military service was just too strong, especially after 9/11. And as one went, Ben first, so did the other two.

“I was kind of torn, because the family was clinging to me like please, please, please don’t do it,” says Beau, who initially enrolled in college to study music. “But the whole time I spent in college, I lived vicariously through my brothers. When they enlisted, I’m like, ‘Man, that sounds awesome.’ I couldn’t stand it anymore, and I was like, ‘Dad, I’ve got to go.’”

In 2009, like his brothers before him, Beau was deployed to the Middle East. By then, Ben was an Army Ranger, and Jeremy had completed his final tour as a Navy SEAL and joined a military contractor, doing top-secret missions for the Central Intelligence Agency. In December of that year, Beau and Jeremy shared a satellite call in which Beau asked his big brother, “When will you be home?”

“Sooner than you think,” replied Jeremy before the line fell silent. 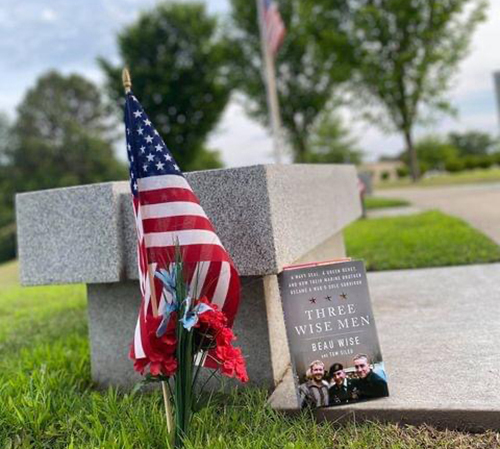 A few days later, the prediction came true. Beau was informed by the battalion chaplain that his eldest brother had been killed by an explosion, what he later learned was an informant-turned-suicide bomber in an on-base incident later portrayed in 2012’s Zero Dark Thirty. Beau punched a hole in the chaplain’s desk, then tried to channel his pain into his work which, when you’re in the business of killing people and breaking things, can get dicey.

“After coming back from burying Jeremy, my Marines, my brothers — and I’m talking about the guys left and right of me — had to put me in check a couple of times,” he says. “Like, ‘Dude, you’re going to get yourself or somebody else hurt or killed. Hang your temper up, and keep a level head.’ They were absolutely right.”

Not even three years later, in January 2012, Ben was severely wounded fighting the Taliban in northern Afghanistan and died six days later in a military hospital in Germany. This time, Beau was there to say goodbye.

“Hindsight is 20/20; looking back, I don’t think I was able to completely mourn Jeremy until Ben was killed. Then it was real, and there was no running from it anymore,” he says. “Your mind, your heart plays tricks on you in the face of trauma, especially when you have to find a way to put it on the shelf and go back to a war zone. Your mind just puts things away, and you make a habit of blocking yourself and stopping yourself from grieving. 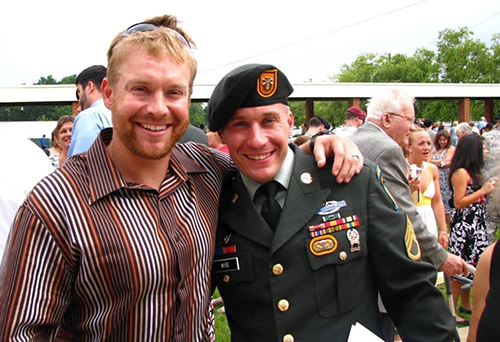 “I don’t know what it is but people tend to prohibit other people from grieving, too. We think that it’s bad for them for some weird reason. And I did that myself. I would very rarely allow myself to grieve.”

Despite the loss, Beau was ready to get back to work, but the Marines had other ideas. Under a regulation many know only from the movie Saving Private Ryan, he was immediately removed from combat assignments under the military’s Sole Survivor policy.

“When I got declared Sole Survivor by the comandante, I was not told the full extent of what that was,” he says. “I didn’t even know if it was just something that he said word of mouth, if it was a piece of paper. Nobody ever gave me any paperwork on it. All I found out after the first year or two was that I could not go to a Green Zone or a deployable unit. I was going to be stateside.”

As it turned out, the move was a blessing. Aside from the obvious — being taken out of implicit harm’s way — Beau had just reenlisted, and so that hitch, along with a stint in the reserves, gave him a step-down approach that helped the adjustment to civilian life. Still, it wasn’t entirely smooth after the Marines; one night, a drunk and depressed Beau put a gun to his head only to hear his brothers’ voices telling him in no uncertain terms to grow up, saving his life.

“In the past 10 years, I have gone through a lot of pity parties where I felt sorry for myself, and I would get down on myself and sit in a corner and sulk and try to self-medicate in very unhealthy ways,” he says. “There was this period of reflection where [I thought], ‘Why me?’ Jeremy and Ben were fathers. I should have been the one who was killed. Jeremy’s and Ben’s work was very deliberate. I’m just a grunt. I’m cannon fodder.

“Then I thought about it, and I said, ‘OK, let’s say I had gotten my way, and Jeremy or Ben had been one of the guys left behind. How would they be dealing with this? What would Jeremy do if he were in my shoes? What would Ben do?’ I don’t think Jeremy and Ben would have dealt with it very well at all, because of the fact that they were the older brothers. I never bore Jeremy or Ben as a responsibility; I was the responsibility. I was the one they always had to look out for.”

In Three Wise Men, co-written by Tom Sileo, Beau now bears his brothers’ legacy through an unflinching account of an ordinary American family in extraordinary circumstances. And like his brothers, who sacrificed all for the good of someone else, he hopes the story sheds light on that which both Gold Star families and veterans in general struggle through.

“I personally have seen how many companies boast about being the top 10 or No. 1 veteran employer, and the veteran doesn’t even get a phone call back about a job,” he says. “Or you get a phone call, and then the interview gets canceled. You do some Googling and find out that you got passed over for someone who has no life experience in the things that you have. I’ve personally experienced that.

“For a lot of veterans, it’s really, really tough. I’m almost certain that by 2020, I’d lost more brothers and sisters to suicide than I did in Iraq and Afghanistan combined.” 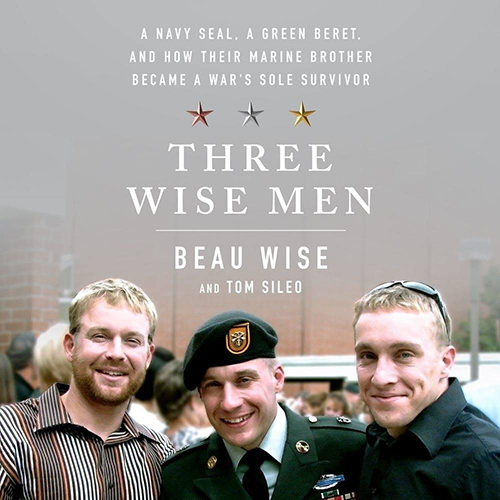 Released in January, the book has taken off like a flare in the night sky. National and international media of every political stripe have clamored for interviews and Beau, once loath to talk to anyone, has embraced them all. He’s regained some of his personal momentum, as well, with two small kids of his own. And while he’s a little put back by the recent adulation, he’s happy his brothers will always be remembered because of Three Wise Men.

“It’s been absolutely humbling,” he says. “As far as Jeremy and Ben, it’s not just their life in the service, but the fact that they died saving lives that I wanted to draw attention to. Ben, for instance, rescued a woman and children from a cave before he kept on fighting. Those little things are the things that I wanted to say.

“As far as how to help people or what should you do specifically, what’s the magic formula? I’m not a psychologist, and I didn’t want to speculate doing that. I’m a religious man, but I didn’t want it to be a religious book. I wanted it to be an American book. I think I’ve done that, and, hopefully, it can encourage people to get connected to those who can help them solve their problems.

“To get this kind of response after having gotten it all out about Jeremy’s and Ben’s efforts for the preservation of life, not for taking lives, and to see how many people who now know what kind of heroes they really were, means the absolute world to me. I consider it mission complete.”

READ MORE: Speaking of the Devil