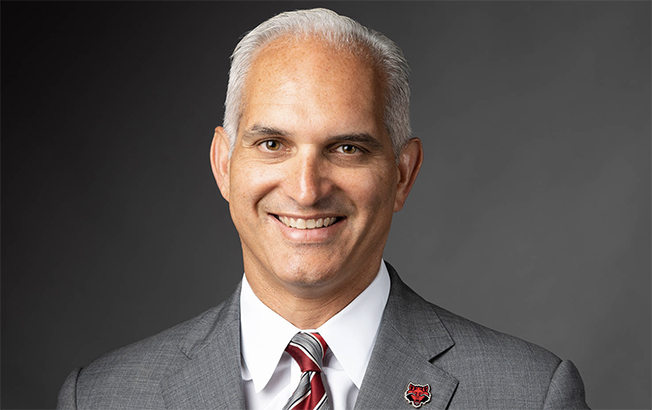 According to multiple media reports, the University of Central Florida (UCF) is eyeing Mohajir as its next athletic director. In late January, Danny White left UCF to take the top athletics job at the University of Tennessee. The Orlando Sentinel reportedthat White accepted a five-year contract with Tennessee.

Mohajir has served as A-State’s athletics director since September 2012, and his title is now vice chancellor for intercollegiate athletics. During his tenure, Red Wolves sports teams have won 25 conference championships, including four Sun Belt football titles in 2012, 2013, 2015 and 2016.

During his tenure, Mohajir has led major building and infrastructure projects, including a $29 million football facility project. He also led construction on a state-of-the-art control room and a 78,000-square-foot Student Activity Center, which is an indoor practice facility for Red Wolves athletics.

If Mohajir moves to UCF, he will be tasked with selecting a new head football coach. White took former head coach Josh Heupel with him to lead the Volunteers.

According to a Yahoo! Sports report, a deal between Mohajir and UCF is expected to be announced in the coming 24 hours.

READ MORE: Arkansas Gets Out of Dark Ages, Announces Football Date with A-State