A Summer of Eating 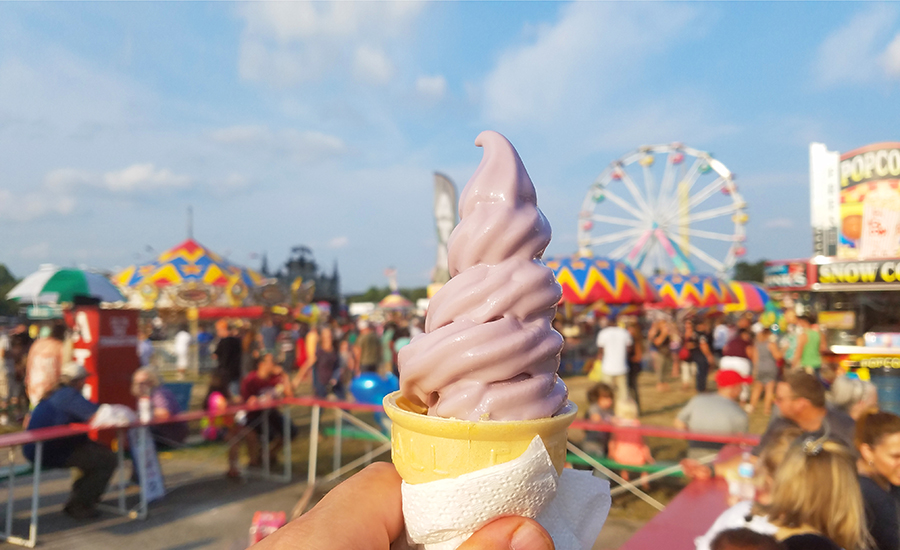 Arkansas’ extraordinary summer events celebrating local and native foods offer a smorgasbord for food lovers in the Natural State.
Food is hot in the summer months… both literally in the case of fried catfish and fried chicken, and figuratively with annual celebrations of produce that bring thousands to the cities that host festivals each year. Here’s a rundown of the must-attend food festivals to mark on your calendar.

ALTUS GRAPE FESTIVAL
Altus *July 27-28 * mountbethel.com/grapefest.htm
The rich viticultural region along Arkansas’ River Valley has produced wines, juices and table grapes for more than 130 years. The town throws a party each July with wine tastings, a grape pie eating contest, a Bacchus lookalike competition, celebrity grape stomps and tours of the vineyards in the area. Live music is offered throughout the festival at the gazebo in City Park.

CAVE CITY WATERMELON FESTIVAL
Cave City *July 26-28* cavecitywatermelonfestival.com
The sweetest watermelons found just about anywhere are shared at this popular north central Arkansas festival each year, which has recently added watermelon tossing to activities that have long featured a watermelon growers’ championship and both country and gospel music. On Saturday, the entire crowd lines up to partake in the free watermelon feast, sponsored by the four original Cave City watermelon growing families.

BRADLEY COUNTY PINK TOMATO FESTIVAL
Warren *June 8-9* pinktomatofestival.com
At one point, hundreds of acres around Warren were planted in tomatoes. The county was one of the best tomato producing regions in the United States, and the local varietal Bradley County Pink became a standard by which other commercially grown tomatoes were held. Though the glory days have passed, the community still gathers to celebrate Arkansas’ state fruit and vegetable (it holds both distinctions) through a tomato dinner, tomato-eating contest and “Great Bowls of Fire” Salsa Competition.

EMERSON PURPLEHULL PEA FESTIVAL AND WORLD CHAMPIONSHIP ROTARY TILLER RACES
Emerson *June 29-30* purplehull.com
Lower Arkansas gathers to celebrate the shelling and sharing of the humble PurpleHull pea. The festival was the brainchild of newspaperman Glen Eades, who suggested not only the celebration for the backyard garden delicacy but also the idea for having tiller races at the event. Today, competitors from all over the region bring their souped-up tillers to see who can best the others on the open row. A pea feast, complete with cornbread and peach cobbler, is offered for a cost at midday; the event itself is free to the public.

HOPE WATERMELON FESTIVAL
Hope *August 9-11* hopewatermelonfest.com
Home to the world’s largest watermelons, Hope more than doubles in size with the influx of people over several days who come for all the activities, which include the famed seed-spitting competition. Arts, crafts and vendors are all on display. In addition to the Baggo competition, Watermelon Idol sing-off and car show, this year’s event will feature the world’s first Rock-Paper-Scissors competition.
MOUNT NEBO CHICKEN FRY
Dardanelle *August 11* arkansas.com/event/71st-annual-mt-nebo-chicken-fry/158661
This year marks the 71st anniversary of the event held on the lofty perch at the heart of Arkansas’ River Valley. Friends and family come out to rub elbows while biting into a feast of fried chicken and all the fixings atop Mount Nebo. It’s one of the longest-running political meet-and-greets in the state, and it features a duck-calling contest (“Sounds like a duck, tastes like chicken!” local promoters contend), bubble-gum blowing, log splitting and a contest to determine the year’s Little Miss Pullet and Little Mister Rooster.

GRADY FISH FRY
Grady *August 16
The 63rd annual dinner on the grounds of Hardin Farm hosted by the men of the local Hardy Lions Club serves more than 200 pounds of hush puppies, 200 pounds of slaw, 500 watermelons and more than 1,000 pounds of catfish to the roughly 1,000 attendees who attend. It’s a popular stop for politicians, who come out to meet constituents from all over. Make a point of checking out the hush puppy machine.

JOHNSON COUNTY PEACH FESTIVAL
Clarksville *July 19-21* facebook.com/johnsoncountypeachfestival
The state’s longest-running food festival covers several days and several city blocks surrounding the county courthouse. Peaches, which became a popular and lucrative regional crop thanks to the development of varietals that didn’t bruise or rot quickly and that could be transported by train, have become part of the culinary fabric of the area, a fact celebrated with a peach-eating contest, peach cobbler contest and even a peach pie eating contest. Peach preserves, ice cream and other edibles are often sold by vendors.
TONTITOWN GRAPE FESTIVAL
Tontitown *August 7-11* tontitowngrapefestival.com
The annual shindig celebrating the founding of the community of Italian immigrants at the end of the 19th century spans several days and focuses not just on grapes but on Italian heritage. While grape ice cream, grape juice and even local wine are available, the event is centered on a carnival and on the nightly Italian spaghetti dinners, where noodles and sauce made from scratch are served along with fried chicken in the Ozarks’ most famous culinary pairing.