A Taste of Arkansas and Ecuador: Roots Brings a Unique Experience to Jonesboro 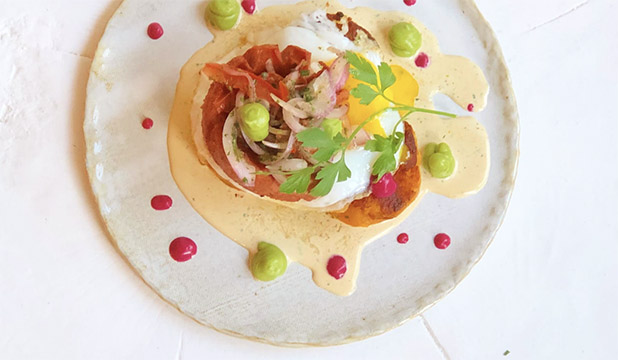 Food is a labor of love – just look at the passion that chefs pour into their food. With the rise of “foodie culture,” many modern diners increasingly are demanding the culinary experiences that previously were reserved for spots like New York City, London and Tokyo. Now, more chefs can unleash their creativity, providing a taste of different cultures and experiences for their customers.

Arkansas is no exception to this development. While famed for its barbecue and catfish joints, the Natural State is building up its food scene. There’s no better example of that than Roots, which is taking Jonesboro by storm. 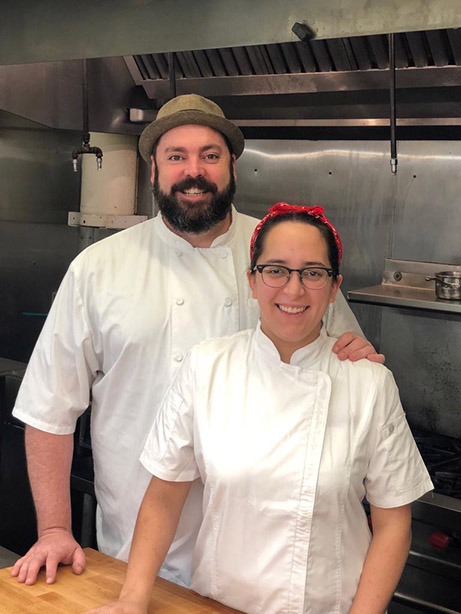 For Karl and Paula Lowe, preparing food is truly an act of love. This husband-and-wife team has crafted a cuisine that is completely unique to the region – arguably the first of its kind. At Roots, you will find a singular mix of Southern cuisine and Ecuadorian cuisine.

“This concept came out of nostalgia and a place close to our hearts – home. It is a blend between Ecuadorian cuisine and Southern cuisine, showcasing our roots on modern fine dining with a casual atmosphere,” Paula says. 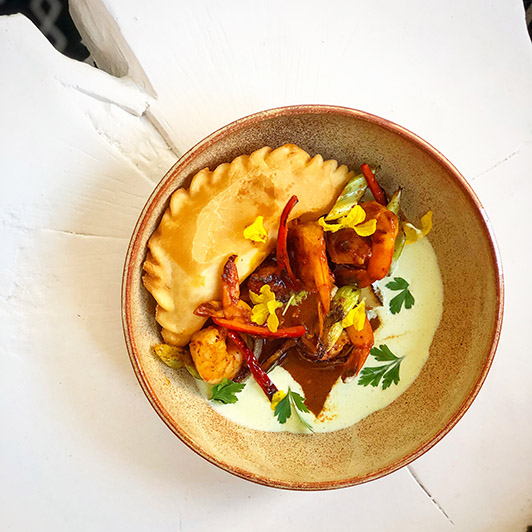 Before Karl and Paula met, both were well on their way to culinary success. Karl is an Arkansas native, having grown up in Bay, and he got the cooking bug early – working at his grandfather’s butcher shop in Detroit when he was only five years old. Since then, he has steadily worked in the food industry – from fine dining to hotels to higher education to restaurants. Karl even opened several restaurants in Ecuador, a small country in Latin America.

His time in Ecuador put him on a date with destiny with Paula. A native of Ecuador, Paula started in the food industry the day after high school and never looked back. She worked nights at restaurants to pay for her culinary tuition.

Nine years ago, Karl and Paula met, and a culinary power couple was born. They got married in 2017 and decided to put down their roots in Jonesboro after having a child. 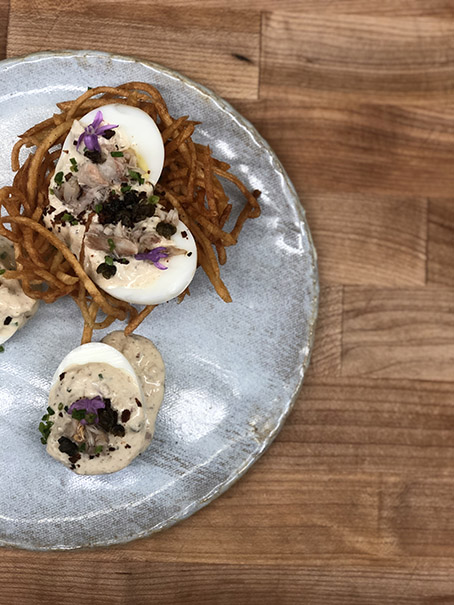 The concept for Roots is simple – honoring both the cultures that Karl and Paula came from in a modern, exciting way. The slogan for Roots is “Kitchen, Culture, Community,” and these values guide the Lowes in their day-to-day operations of the restaurant.

“It [Roots] is a blend from both of our cultures offering delicious food in a modern take and standing strong to our values of respect and caring for the source from where our product comes,” Karl says. 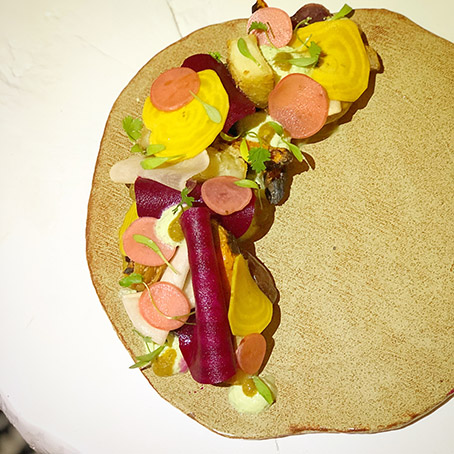 Using a small, curated menu, the Lowes are able to create seasonal dishes that highlight the best of Arkansas and Ecuador. Virtually everything in the restaurant is made in-house, including its craft bar with seasonal cocktails. Karl and Paula source their ingredients from Northeast Arkansas and south central Missouri to keep food as local as possible. To that end, they have partnered with multiple regional businesses, including Newman’s Heritage Berkshire Pork, American Block in Little Rock, and Scatter Creek Berries and Produce in Paragould.

“We strongly believe in the importance of product from responsible sources empowering local farmers and sustainable cuisine,” Karl says. We will offer a unique culinary experience full of creativity and tradition exploring product and different cooking techniques from both our countries. We will create a culture of equality, inclusion, and responsibility for our company and customers.” 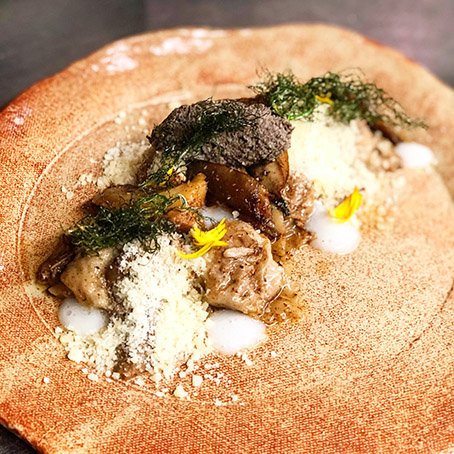 Some of the winter menu dishes that Roots offers include Cazuela, which is a green plantain stew with king crab, Mahi Mahi, shrimp, pickled hot sauce, salprieta, queso fresco foam and cilantro micro greens, as well as the llapingachos, which are potatoes cakes with Andouille sausage, spicy peanut sauce, pickled onions, pork crackling and more.

Why locate their restaurant in Jonesboro? In addition to being Karl’s home state, Roots is a chance to for the Lowes to serve as culinary ambassadors, providing a glimpse into a culture and cuisine that many Arkansans have never seen or tasted. Jonesboro is a rapidly growing city with a vibrant, young population, and Roots aims to provide a different experience. 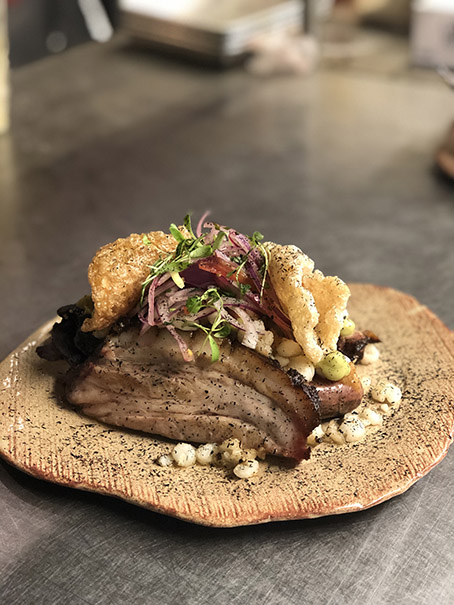 “We thought that this is a town where they will want a different type of food experience,” Paula says. “Jonesboro is growing and wants new and innovative concepts, too. For us, keeping true to our values as professionals and as a restaurant and keep creating new experiences is key for our brand.”

Working with your spouse might seem a daunting task, but Karl and Paula make it work every day. For Paula, working with Karl helps bring out the best in her and vice-versa. Both of their perspectives and cultures influence the restaurant and the dynamic of the restaurant.

With Roots firmly set in Jonesboro, Karl and Paula are looking forward to serving up delectable dishes to their Northeast Arkansas patrons – and those beyond – in the years to come. 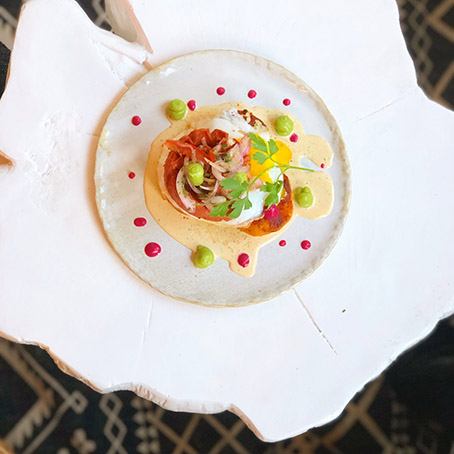