A Tasty Return to The White Water Tavern 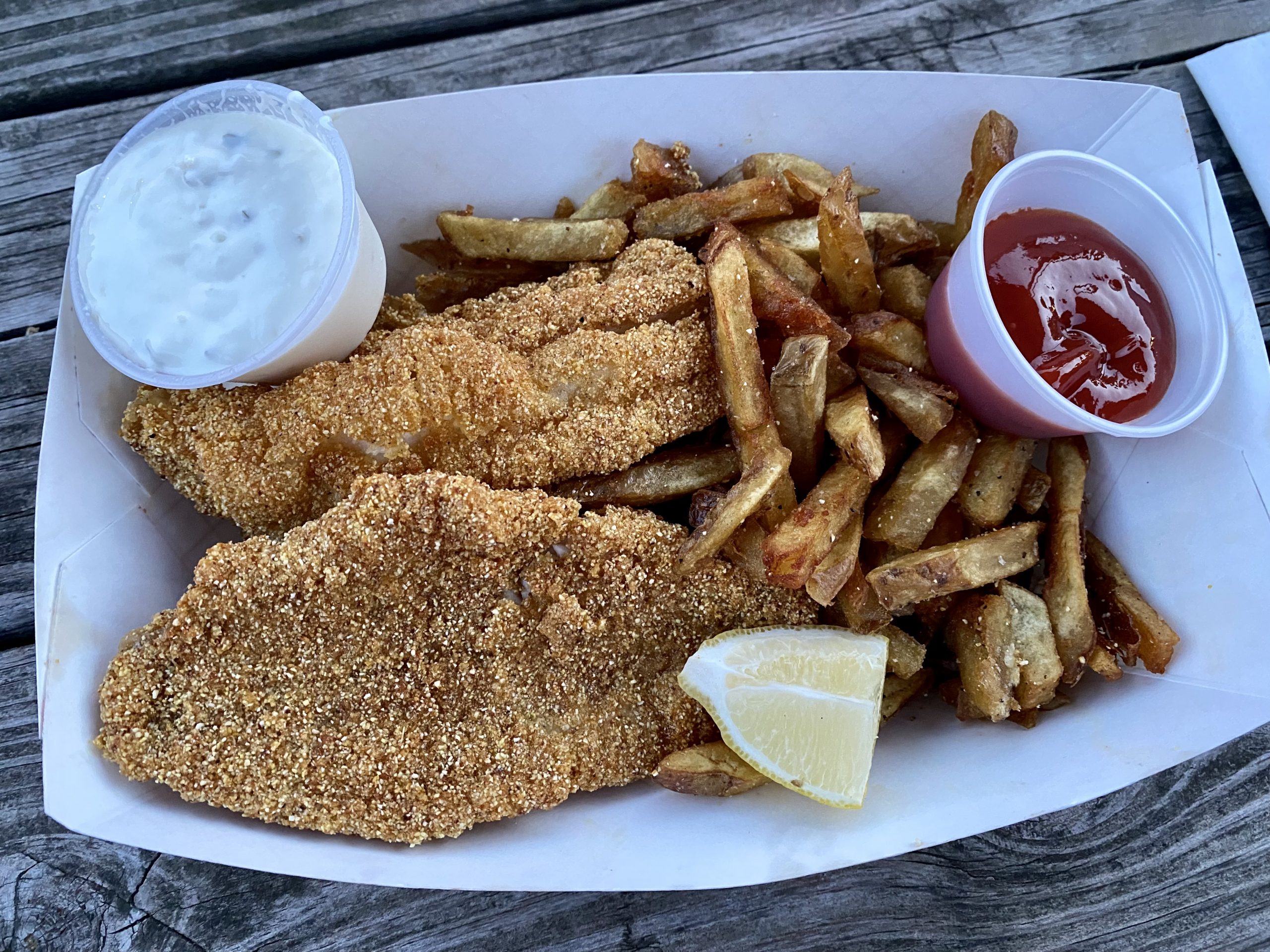 Nine years. That was the last time I ate at The White Water Tavern. I remember it like it was yesterday, ordering a bacon, peanut butter, and banana sandwich in the dark tavern, only to take the food outside for a picture before chowing down. That’s what loser food writers like myself do. Natural light is our friend, and the iconic music venue is as dark as any setting in Little Rock.

So, after almost a decade, I made my triumphant return. A change in ownership and a renewed focus on food brought me back. Chatter on the street about the eats was also positive.

Well, guess what? The chatter was right.

The menu, albeit small, is just what you’d expect from this setting, filled with a variety of handhelds and snacks. And my group tried just about everything, which is only a slight exaggeration. 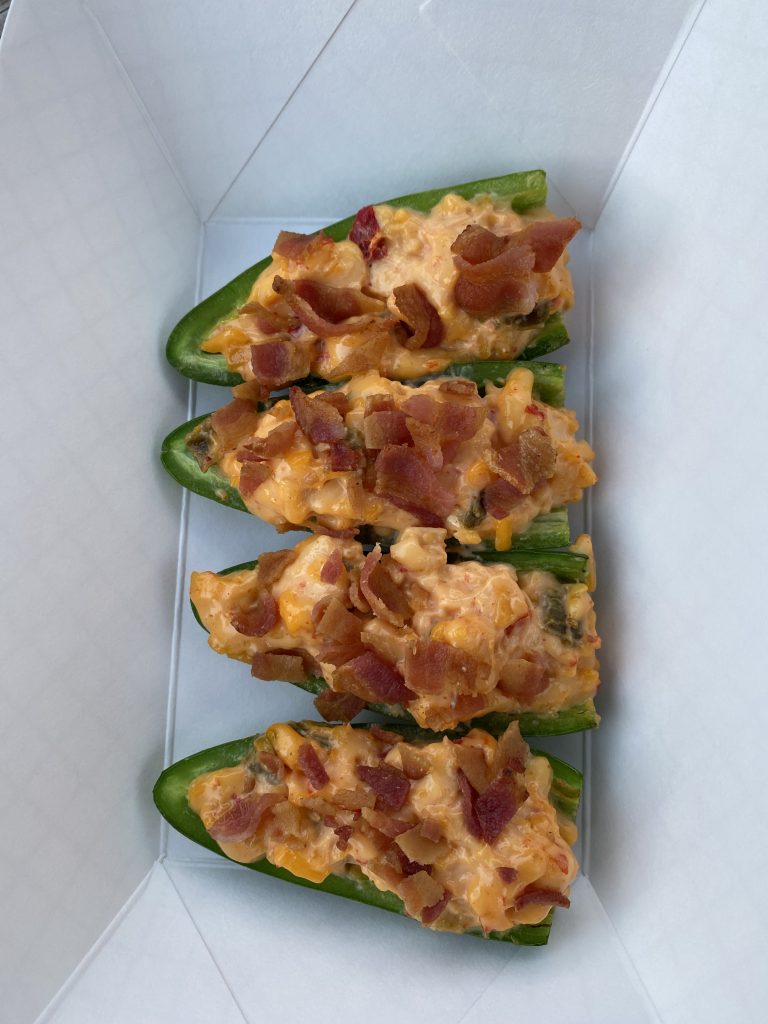 We started out with an order of Pimento Cheese Stuffed Jalapenos, which proved to be the only miss for me on the evening. Chalk that up to more of a personal preference thing, rather than being unhappy with a poorly executed dish. Raw, halved jalapenos were filled with the cheese and bacon bits. Because of the uncooked jalapenos, the concoction ate like the popular “Ants on a Log.” I’m more of a jalapeno popper guy, you know, the jalapeno-stuffed, bacon-wrapped, toothpick-stabbed, grilled delights. No worries, as it left me more room to try out the cheeseburger, fried catfish basket, Turkey Avocado Club, and the night’s special, a Smoked Bologna Sandwich. 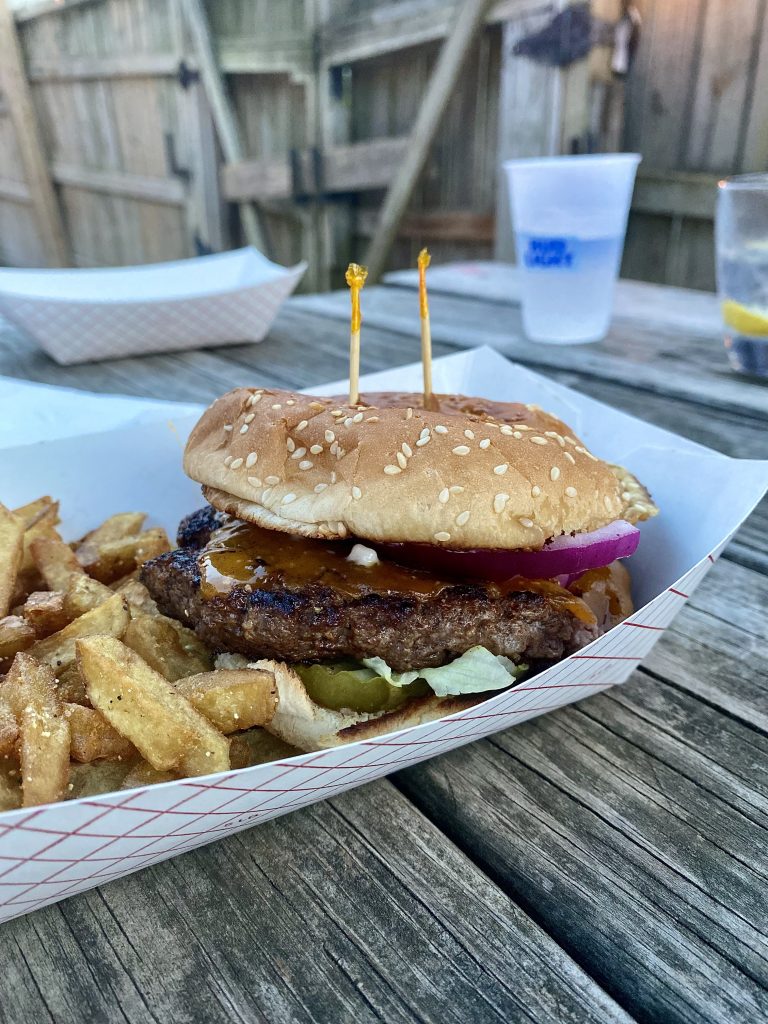 Let’s start with the burger, a more-than-solid offering highlighted by a crusty patty, the product of a perfect grill job. The grilled sesame seed bun was a nice touch, as was the fresh lettuce, red onion, pickles, and slice of cheddar. Get the fries, or, as I like to call them, fry nuggets. These little bits of irresistible fried potato are as cute as they are delicious.

The cornmeal-coated fried catfish was a surprising hit, although the lack of slaw and hushpuppies perturbed a few readers after I posted a pic of it online. The exclusion wasn’t a big deal to me. Both the Turkey Avocado Club and Veggie Sandwich were well-received by the group, although I missed my opportunity to try them. Instead, I had tunnel vision for the Smoked Bologna Sandwich. 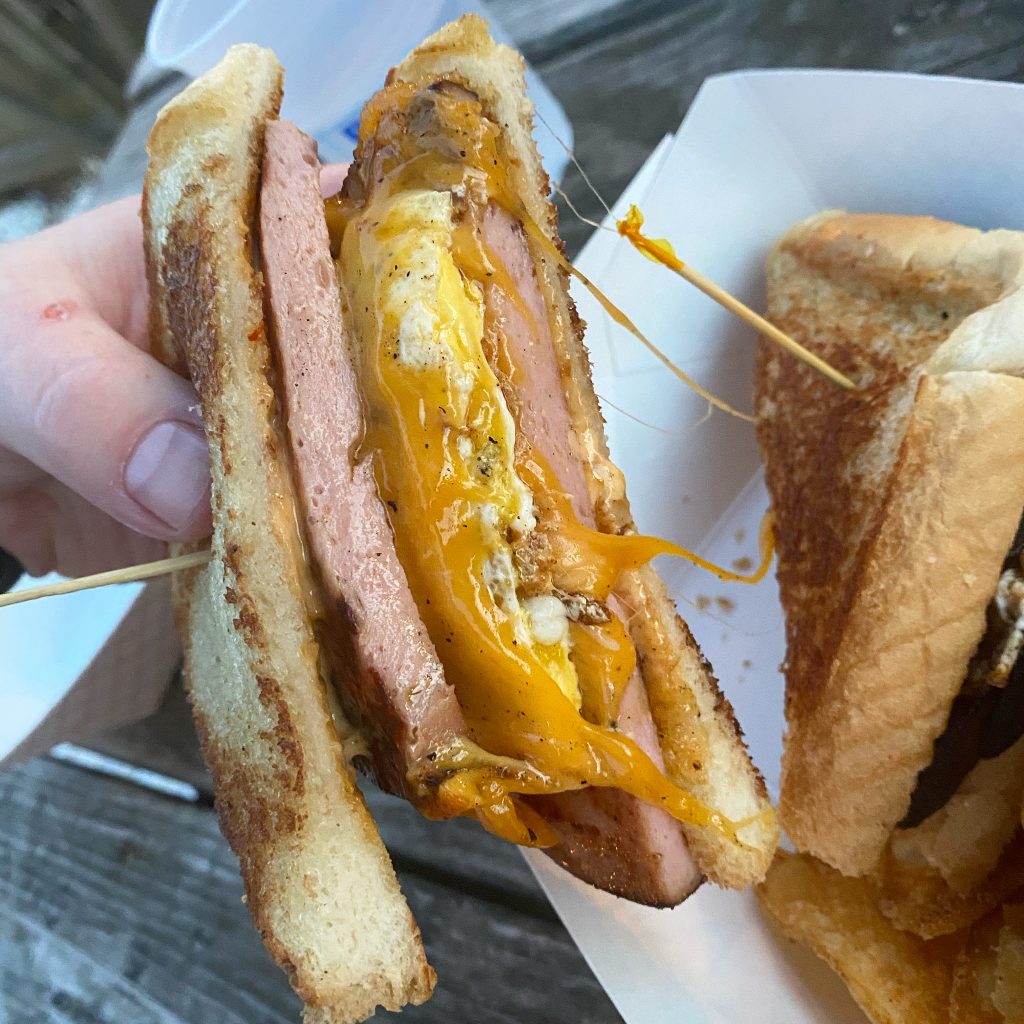 Let me start by saying this: If you’re a bologna hater, give this sandwich a chance. It’s nothing like the crap lodged between two pieces of white bread we ate as kids. The juicy, thick-cut slabs of smoked meat, coupled with a fried egg, melted cheddar and sriracha mayo all help make this artery-clogging, gut bomb of a sandwich an absolute winner. And while I’d never advise eating an entire one by yourself, it is a joy to split with friends on the back patio.

In the end, The White Water Tavern still has that magic touch. The faint sound of a nearby train, cool evening breeze, cheap beer, and good eats made for a meal to remember, and one I recommend experiencing for yourself.