About You Magazine Book Report 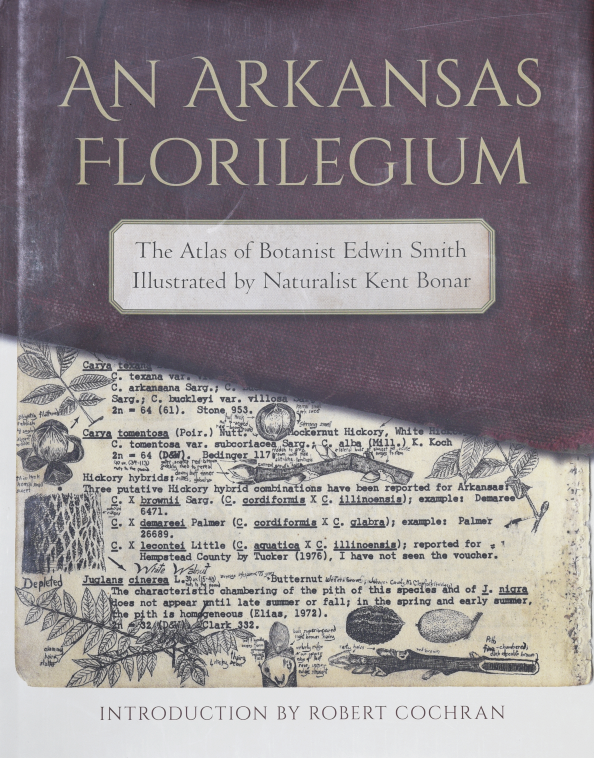 A roundup of recent releases from the University of Arkansas Press 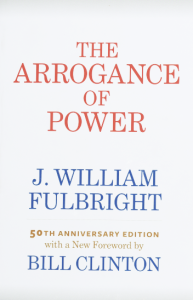 Originally published in 1966, The Arrogance of Power is a text that speaks deeply of current events. Longtime Arkansas Senator and Chairman of the Senate Foreign Relations Committee J. William Fulbright wrote the book in response to mid-century American foreign policy decisions. However, his thoughts are as relevant as ever.
Fulbright defines the title term, the arrogance of power, as a “psychological need that nations seem to have to prove that they are bigger, better or stronger than other nations.”
Using examples drawn from history and then-contemporary situations, Fulbright explains how nations have been brought down throughout time by their sense of superiority and subsequent overreach. He warns that America could be on the same downward path if its citizens do not question those in power and curb the “arrogance of power.”
For America to avoid this downfall, “true” patriots will have to step forward to challenge abuses of power. While he acknowledges that dissent is rarely popular in America, it is this dissenting spirit that represents a “higher loyalty” to the country.
Former President Bill Clinton provides the foreword to this 50th-anniversary edition, noting that he joined Fulbright’s staff in 1966. In his foreword, Clinton writes that Fulbright pursued his course of dissent during the Vietnam War era, opposing the country’s foreign policy, which resulted in political isolation.
“Bill Fulbright thought the only way to navigate these troubled waters was to search for the facts, reach for the future, and treat adversaries with respect,” Clinton writes. 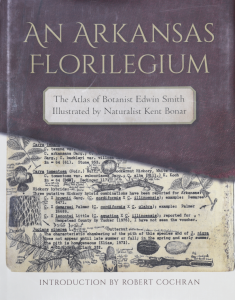 University of Arkansas botanist Edwin Smith wrote one of the most influential texts on Arkansas flora, the Atlas and Annotated List of the Vascular Plants of Arkansas, which was published in 1978. Not only did this book collect the known varieties of flora in Arkansas, but also inspired equally important botanical work. Kent Bonar began illustrating the plants described in Smith’s book, filling notebooks with over 3,500 drawings and sketches.
After three decades of illustrating, Bonar’s sketches have been reproduced along with Smith’s atlas to create An Arkansas Florilegium. This book will serve as a trusty guide for botanists and green thumbs in Arkansas, as well as those with only a passing interest in plants.

Brother Bill: President Clinton and the Politics of Race and Class
by Daryl A. Carter 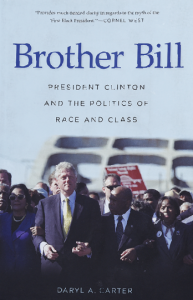 Diving into the history of President Bill Clinton’s presidency, this book looks at the relationship between the president and African Americans, a demographic that supported him and was frustrated by him in seemingly equal measures.
Carter examines the major political battles of Clinton’s presidential era, from his 1992 election and beyond. Through this examination, Carter is able to pinpoint how the politics of race affected Clinton and the Democratic Party.
He argues that Clinton’s impact can be seen in the actions of his immediate two successors: George W. Bush and Barack Obama. While many of Bush’s policies were reactions against Clintonian politics, Bush recognized the importance of appealing to African Americans and other minorities. In Obama’s case, Carter argues that Clinton influenced his approach to fiscal policy and paved the way for Obama to become the nation’s first black president.
Despite the at-times tense relationship Clinton had with America’s African-American population, he was a significant figure for many African American citizens. Despite controversial policies related to welfare, he was nevertheless still viewed as a supporter of black rights.
“He restored many blacks’ faith in the federal government as the protector of vulnerable groups. His actions to bolster and protect affirmative action, education, and race relations and to bring African Americans into his White House, with a serious seat at the head table, allowed many to overlook his stances on crime and welfare,” Carter writes. 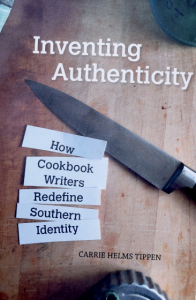 Most people use cookbooks for getting new ideas about what to cook and how to cook it. Carrie Helms Tippen, though, does something a little different in her new book as she uses cookbooks as a way to discover what Southern identity is.
Food is central to Southern identity, Tippen says, and cookbooks can be used as storytelling tools to create and reinforce identity in the South. Cookbooks have helped create an idea of “authentic” Southern cuisine, which Tippen argues is largely invented. While arguing this, she says that doesn’t take away from the pleasure of eating the food.
History plays a large part in Tippen’s look at Southern identity and cooking. Tippen looks at how cookbooks have been used to subtly (or not so subtly) revise American and Southern history. The cookbooks are, Tippen suggests, performances that look back at history and create a vision of the South today.
While this is an academic text, it will fascinate those interested in cooking and Southern history.

Just and Righteous Causes:
Rabbi Ira Sanders and the Fight for Racial and Social Justice, 1926-1963
by James L. Moses 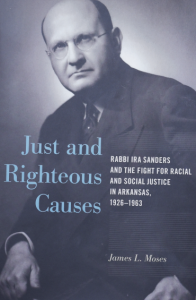 Arriving in Little Rock in 1926, Rabbi Ira Sanders began his crusade for social and racial justice almost immediately. As the leader of the Temple B’nai Israel, Sanders became a community leader not only for the Jewish community but for other vulnerable communities as well.
In this biography, writer and professor James L. Moses looks at the early years of Rabbi Ira Sanders to see his formative experiences before coming to Arkansas. The son of immigrant parents, he was raised in Kansas City, Missouri, before taking pulpit positions in Pennsylvania and New York City.
From the Great Depression era through the Little Rock Central High crisis, Sanders served as a beacon for social justice in Arkansas for four decades. His actions, Moses says, had a “profound consequence” on Arkansas.