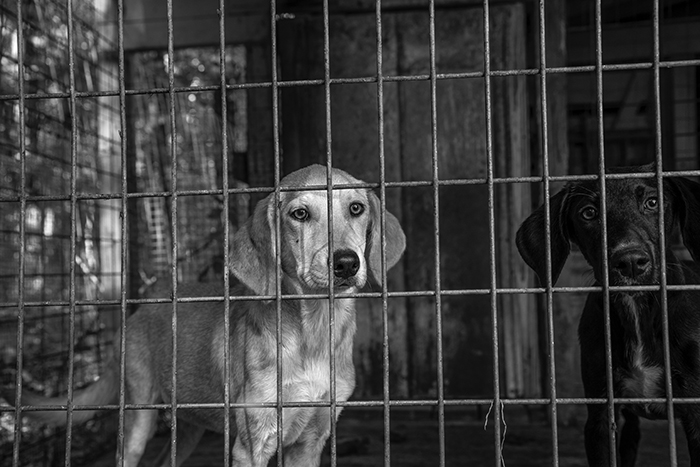 While it was widely reported that shelters were cleaned out during the pandemic, statistics show the truth is more complicated, a goulash of statistical anomalies.

Adoptions of pandemic pets did create waiting lists and long lines in some parts of the country, however, as The New York Times reported in May, pet adoptions were actually down in 2020. Per PetPoint, which tracks such data from shelters, dog adoptions were off 19 percent for dogs, and cat adoptions down 11 percent compared to 2019. Experts say adoptions only appeared to be up due to slower surrender rates in 2020 by people afraid to venture out during lockdown.

And while the Times article cited multiple animal advocacy groups as saying people are not returning pandemic pets en masse, shelters are returning to crowded conditions, as people surrender pets they might have otherwise given up in 2020. PetPoint statistics showed nearly 16,000 dogs were surrendered in April of this year, up 80 percent from April 2020, though well below April 2019’s 20,000.

Arkansas is not immune to these trends, but as Clayton Morgan, director of the Humane Society for Animals in Rogers, says, the situation is not as dire as the general public may think. It’s just starting to return to normal levels.

“All summers are the same way; we stay at capacity. Our hardest months where we get the most dogs in are June, July and August,” he says. “We have a lot of adoptions also, but there are times in there that adoptions slow down. The first two and a half to three weeks of July are horrible because people take vacations. So that affects your adoptions there.”

Morgan says the two shelters under his supervision will do adoptions to out-of-staters, but only under certain conditions.

“The reason why is, I want a safety net. I want that person to come here,” he says. “I have had people this year drive from Minnesota, Rhode Island, Chicago, Colorado, Texas. I want them to come and spend time with a dog here. People find this dog on the internet, and it’s kind of like dating online. You don’t know what you’re really getting.

“One of my requirements is I want the people to come here and spend three hours with a dog. I’ll do some preliminary stuff, like take them for car rides and things like that to make sure the dog is going to travel, because there are some dogs that just don’t travel.”

Morgan does work through out-of-state rescue organizations, again on the basis of providing a safety net if the animal and potential family don’t mesh.

“I’ve sent dogs to Florida this year; I’ve sent dogs to Iowa, Kansas City, up into Illinois and the Michigan area,” he says. “But they have to have a rescue sponsoring them, not a person. That way, they’ve got a safety net where if something doesn’t work out with the adoption, the animal goes back to that rescue.”

Despite the constant flow of homeless animals and working more hours per week than he’d care to admit, Morgan says his operation in one of the best places it’s been in his career.

“I’ve been here 26 years, and it’s a whole lot better than it was 26 years ago. I’ll tell you that right now,” he says. “A lot more access to low-cost spay and neutering. And that is the answer to this situation we’re in now, is to spay and neuter. At some point in time, and no one likes to hear it, there is going to come a time that we’re going to have to be forward-thinking as citizens and have mandatory spay and neuter.

“Colorado has done that in several places, Clear Lake, Iowa, has done it. There’s a lot of places where shelters are empty because there are not the unwanted pets, and that cuts down on the animal cruelty and cuts down on a whole bunch of things.”