As another dawn breaks the horizon across the Arkansas Delta and creeps towards the Ozark Mountains, wildlife is springing into a flurry of activity. Many Arkansans are still in the comfort of their home, while the Wildlife Officers of the Arkansas Game and Fish Commission (AGFC) are greeting the day from their posts protecting our state’s natural resources.

This morning you can likely find officers patrolling a stretch of trout tailwaters for anglers and an AGFC K-9 officer and her handler helping find a missing person. There is probably a team of officers on a significant lake helping a stranded boater, and dozens of officers spread across the state checking the woods for hunting violations. On many days, during this early morning hour, there is also a remarkably skilled team of Wildlife Officers, known as the AGFC Enforcement Dive Team, rolling down the highway towards another search and recovery mission across the state.

The AGFC dive team in action.

This group of highly trained divers responds to calls that no one else would want to take. They are often called in on someone’s worst day to assist local law enforcement for water-related searches, body recovery and evidence searches. They cover more than 90,000 miles of rivers and streams and 600,000 acres of lakes at any time, day or night. When an AGFC Dive Team is deployed, time is usually of the essence and the team is often learning details of the situation and water conditions en route. This team is qualified to dive in some of the worst possible diving conditions that the water of The Natural State has to offer.

The AGFC Dive Team’s work often leads them into the most treacherous circumstances with combinations of swift-moving water, low or zero visibility and deep dives. On any given day, their assignment could be to locate a crucial piece of evidence for a critical case under a bridge with 20 feet of chocolate brown, fast-moving water. These circumstances force them to work in teams both above and below the water to navigate this task safely. On a separate call, they may arrive on the scene of a tragic boating accident with the mission to recover the body of a young Arkansan under the watchful eye of their grieving family. It’s in these unfortunate circumstances when each member of the AGFC Dive Team put their own lives on the line to provide closure for a family in which a life has been lost; on top of the inherent stresses that already inhabit this line of work joins the tragedies that are the most common outcomes. This builds a tight-knit, family-like bond among the team members, and also a trusting and grateful relationship with both the families and the communities served.

But as much as we recognize and appreciate the service of this team, the AGFC would prefer not to have to utilize them for missions at all. The best thing we can do, the Commission urges, is to take the precautionary measures necessary to ensure our outdoor entertainment on the state’s beautiful waterways is as safe as possible. The good news is that water recreation-related accidents are on a downward trajectory, consistently. According to the Commission’s 2020 report, even more, progress can be found. In 2019, there were 37 reported boating accidents, down 38 percent, and nine injuries that were beyond the scope of general first-aid treatment. However, there was a slight uptick in deaths, to 10, all of which drowned. The AGFC reports that only one of these victims was wearing a life jacket. 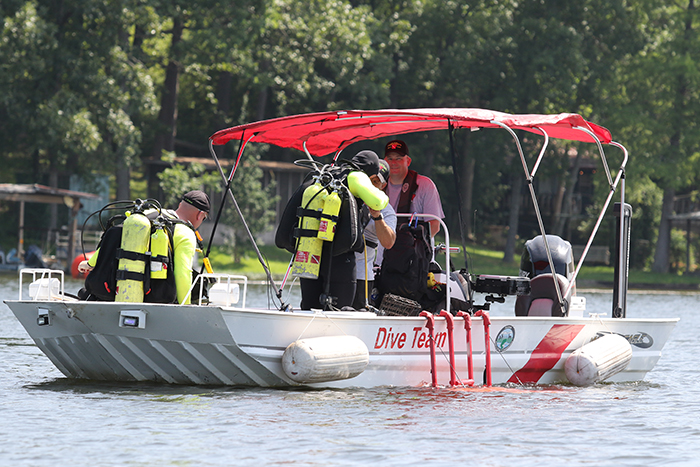 “The single person who died of drowning while wearing a life jacket last year intentionally engaged in extremely reckless behavior which hindered his safety equipment’s ability to prevent the fatality,” says Capt. Stephanie Weatherington, boating law administrator for the AGFC, in a supplementary document to the report. “The other nine victims would have had a much greater chance of survival had they been wearing their life jacket … Life jackets save lives; it doesn’t get any simpler than that.”

The AGFC works tirelessly to educate the general public on safety measures to mitigate avoidable tragedies on the water. It offers boating safety classes and requires a Boater Education Card of anyone who operates a motorized vessel on Arkansas water that was born after January 1, 1986. The Commission feels that these efforts, along with its ongoing campaign pushing for more regular life jacket usage, is to thank for the decrease in accidents.

And prevention is not the only way the Commission proves its commitment to Arkansas. When the rare instances of tragedy do happen, the AGFC has a dive team that can respond at a moment’s notice.

“There’s no category of person that fits who’s going to be involved in a boating accident,” Weatherington says. “That’s why it’s important that everyone wears a properly fitting life jacket, no matter how old you are or how much experience you have on the water.”

This Side of Seven: Silo Parenting
April 30, 2021
Go to Top
Never Miss An Issue!