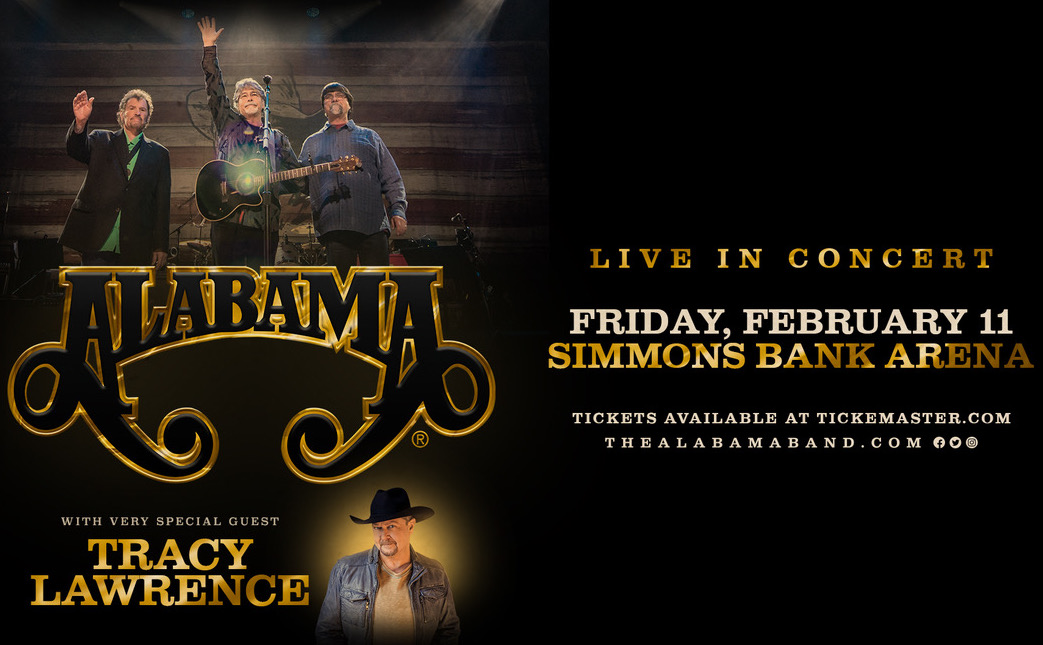 Simmons Bank Arena has announced Alabama and Arkansas’ own Tracy Lawrence will be performing live on Friday, Feb. 11, 2022.

Alabama is one of the most celebrated groups in country music history, with more than 300 industry awards including a Grammy, a CMA and an ACM. Tracy Lawrence is considered as one of the traditionalists of country music, celebrating his 30th anniversary in the country music industry. Commemorating his three-decade-long career, Lawrence will be releasing three new albums, including new music along with some of his favorite career hits.