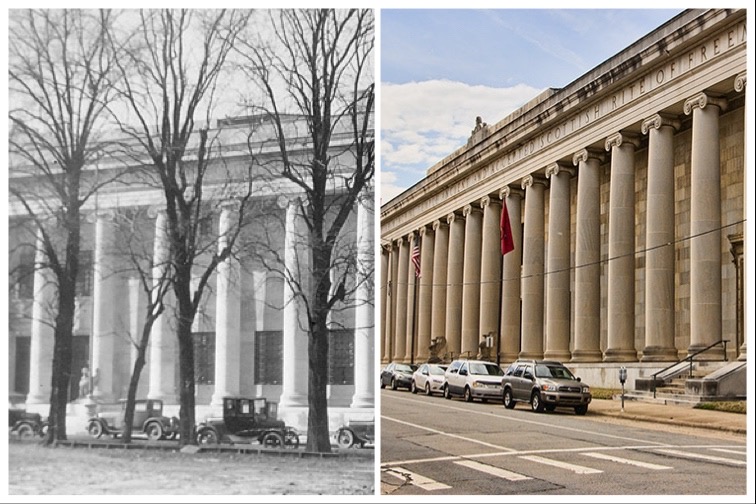 One hundred years ago, on May 11, 1922, the cornerstone of the current Albert Pike Memorial Temple  – one of the most iconic and historical buildings in Arkansas — was laid. On Saturday, May 14 at 11 a.m., the Scottish Rite of Arkansas will host the laying of a centennial memorial stone in commemoration of this anniversary.

The reenactment of the original cornerstone ceremony will start with the stone being laid by the Grand Master of Masons in Arkansas. Open to the public, this historic event will take place at 700 Scott Street in Little Rock.

Archival evidence of this day can be seen on both the Arkansas Democrat and Arkansas Gazette’s front pages of their May 12, 1922 editions. The articles featured in both publications included details outlining the building — which was viewed as the most significant new building in Arkansas since the building of the State Capitol. George Mann, the architect of the State Capitol, also designed the Albert Pike Memorial Temple.

Owned by the Scottish Rite Masons of Arkansas, the Albert Pike Memorial Temple continues to serve as the headquarters of the various Arkansas Masonic bodies. Open to the public for tours during the week, the building is becoming one of the most sought-after venues for weddings, events and meetings.

Throughout history, Freemasons have laid the cornerstones for many important public buildings in the United States, including the U.S. Capitol in 1793 by President George Washington, a Freemason.

Notable Masonic stone layings include the White House in 1792; Erie Canal in 1823; the Washington Monument in 1848; and The Statue of Liberty in 1884. The Royal Infirmary in Edinburgh, Scotland, marks the first recorded laying of a cornerstone in 1738. In Arkansas, many public buildings had Masonic cornerstone ceremonies as well as many churches. Grand Lodge of Arkansas laid the State Capitol’s cornerstone in 1900.

The ceremony for laying the cornerstone consists of laying the stone which supports the entire structure, filled with pomp and circumstance from the past. Officers of the Grand Lodge of Arkansas conduct the ceremony, where they symbolically use the working tools of the operative stonemasons — of squaring, leveling and plumbing the cornerstone, assuring that it is set correctly.