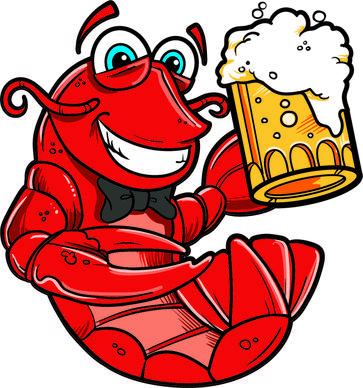 They’re called by many names – crawdads, mudbugs, crayfish, crawfish. But on April 7, it won’t matter what you call them. This Saturday, the Ales & Tails crawfish and craft beer festival will be held in Fayetteville.
“We think it will be a real fun time,” says event organizer Maudie Schmitt, owner of Cafe Rue Orleans in Fayetteville.
Ales & Tails will be held from 2 to 5 p.m., and according to event organizers, all-you-can-eat crawfish, corn and potatoes will be served to ticket holders from 2 to 4 p.m. The event will be held at the Washington County Fairgrounds.
Those in attendance can also purchase local beer and wine, while they listen to local band Crescent City Combo. The New Orleans-style band excels in funk, blues and dance music, bringing to the stage a big brass sound and hot jazz.
“This is the big one,” says Schmitt, who helped found the event in 2014. The first-ever Bentonville Ales & Tails was held on March 31.
“It’s such a good event, with tons of crawfish and live music,”Schmitt adds.
Proceeds from this year’s event will benefit the Humane Society of the Ozarks, the Lib Horn Animal Shelter of Fayetteville and Ranger’s Pantry.
Ranger’s Pantry, according to Schmitt, is a food bank for individuals who cannot afford to buy food for their pets. “Ranger’s Pantry gives people who are homeless or struggling the chance to pick up some food for their pets,” says Schmitt.
This year’s Ales & Tails will be the fourth in Fayetteville, and Schmitt says the event is getting better with age.
“We have a lot of things going on,” she says. “Each year it just gets bigger and better.
Tickets to the Fayetteville Ales & Tails can be purchased here.