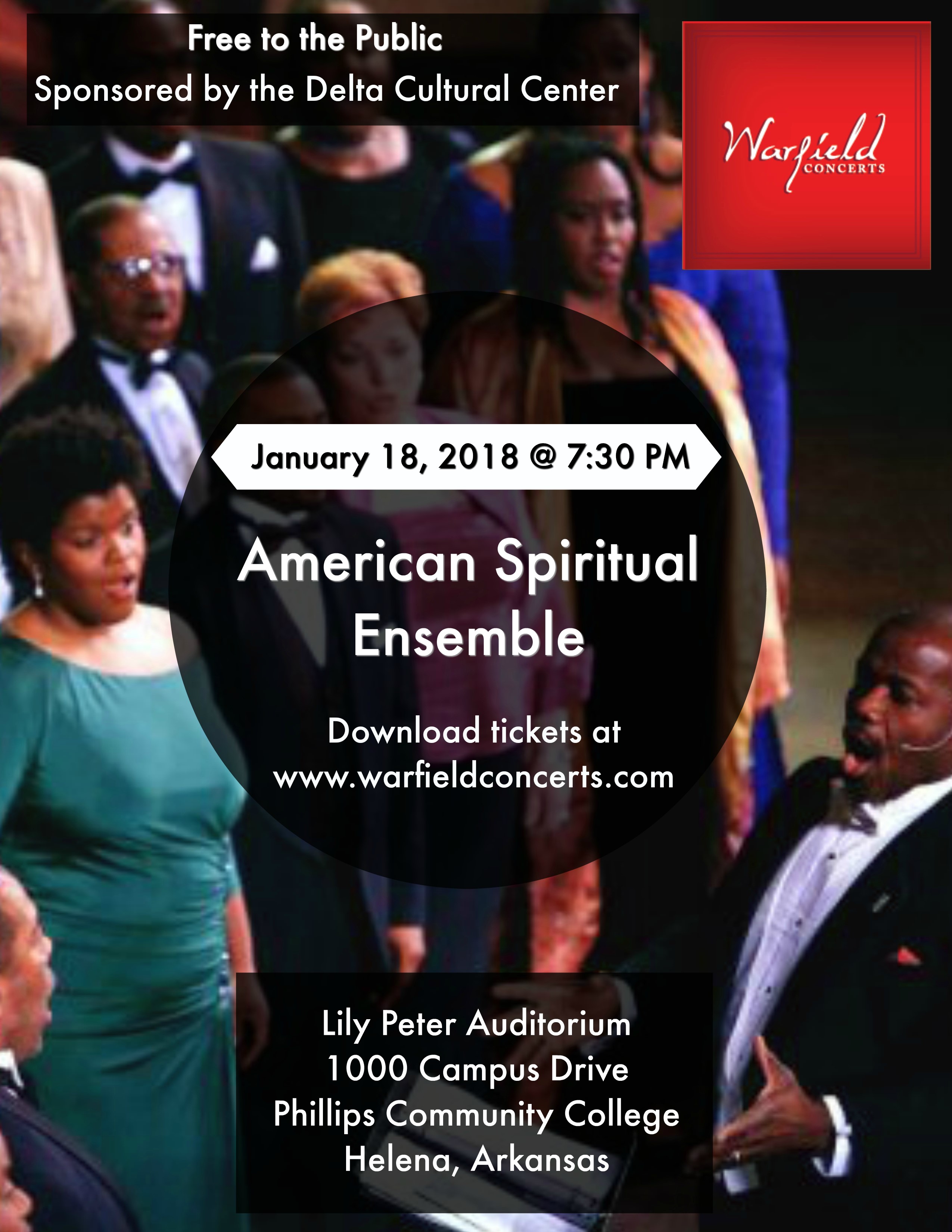 The Warfield Concert Series kicks off 2018 with the prestigious American Spiritual Ensemble at 7:30 p.m. Thursday, Jan. 18 at Lily Peter Auditorium on the campus of Phillips Community College of the University of Arkansas, 1000 Campus Drive in Helena, Arkansas.
Composed of some of the finest classically trained singers in the United States, the mission of the American Spiritual Ensemble is to keep the American Negro spiritual alive.
Since its inception by Dr. Everett McCorvey in 1995, the vocalists have thrilled audiences around the world with their dynamic repertoire, ranging from spirituals to classical to jazz and Broadway numbers highlighting the Black experience. The American Spiritual Ensemble is unique in that over 90 percent of the members are accomplished soloists who have sung in theaters and opera houses worldwide, including the Metropolitan Opera, the New York City Opera, the Houston Grand Opera, and abroad in Italy, Germany, Britain, Scotland, Spain and Japan. The resulting sound of this group is something that choral groups with two or three featured soloists cannot duplicate.
The event, sponsored by the Delta Cultural Center, is free to the public. Download tickets at warfieldconcerts.com or call the Phillips County Chamber of Commerce at 870-338-8327.