An Oasis of Hope 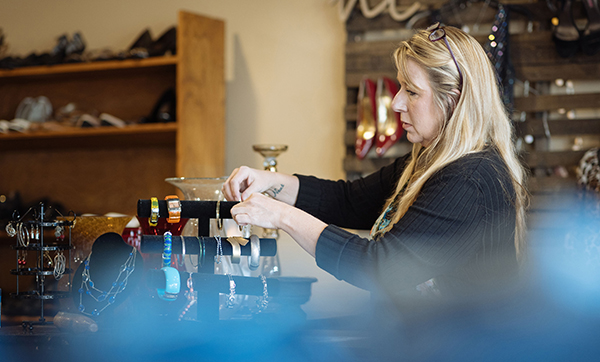 Courtney Starnes’ journey to recovery began in August 2020 when she arrived at Oasis of Northwest Arkansas. Her drug addiction had landed her in drug court, and she had lost custody of her children. Starnes was certainly at a low point.

“I found myself homeless. I didn’t have anywhere to go, no job, no home, no way to support myself,” she says. So, when the drug court judge offered her the option to go to Oasis of Northwest Arkansas — a transitional living center for women in recovery — she accepted the deal. “I took it, but I thought of it as a place where I just had to be at the moment.” To her, the recovery home was only a temporary living situation. Starnes had no idea the monumental transformation that lay ahead.

Once she arrived at Oasis, everything changed. Starnes found an immediate support system in the other women who shared similar stories of drug addiction, homelessness and custody loss. She noticed that even though these women had suffered terribly, they still wanted to get their lives back on track. That inspired her. Another great support was Oasis Director LaDonna Humphrey, who walked alongside her, guiding her through her criminal case, communicating with lawyers and accompanying her in court. 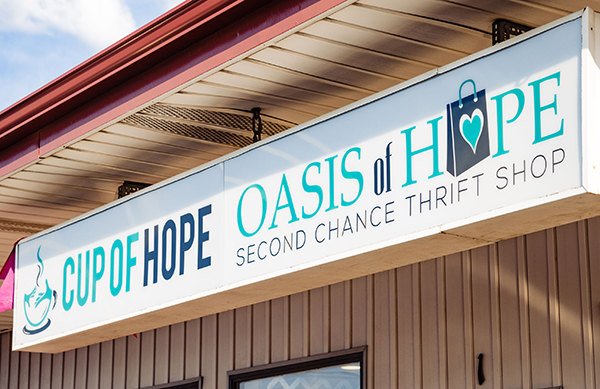 “Oasis was a big advocate for me,” Starnes says. “In the past, I didn’t have people who could say, ‘This is what’s going on, and this is how we’re addressing it.’”

Starnes had finally found the support she lacked for so long.

Today, Starnes’ life looks completely different. She graduated from the Oasis program in August 2021. She has her own place and is confidently looking forward to regaining custody of her children who have been staying with extended family.

“In my case, there was a no-contact court order,” she says. “So, my story is a sad story just like other women who are here. We get pent up against the corner in a way that we don’t think we can overcome it, and fall into a battle of depression, and it’s hard getting over that. That’s what’s so difficult.”

With drug court behind her and the transitional living program completed, Starnes has a positive view on life.

“Now I have a purpose to give back,” she says. The Oasis alumn gives back by managing Cup of Hope, the coffee shop located inside the Oasis thrift shop. There, she has the opportunity to talk with women who face similar struggles and is able to offer them hope and encouragement. Her advice for others who are in the pit of addiction is sage wisdom anyone can follow. 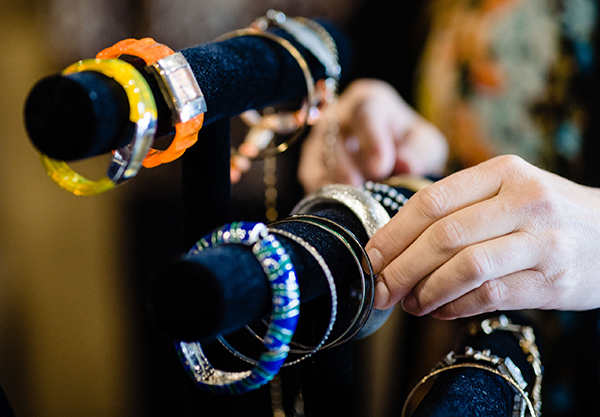 “Surround yourself with only positive people, places and things,” she says. “You’ve got to dig deep within yourself and find out who you are and what makes you happy. Find your drive and your purpose and your passion. Those are the things you have to hold onto when you’ve got no one else.”

Oasis was established as a faith-based transitional living community in 2012 when founder Cathy Luck saw a need for women to have a place to stay as they recovered their lives from addiction.

Humphrey explains that resources like this were nonexistent at the time. 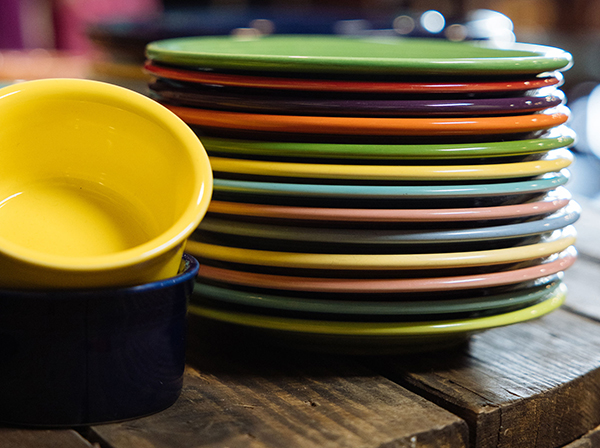 In the last few years, Oasis has expanded to two houses in Bella Vista, a thrift shop in Rogers, two coffee shops and an extension program for women on the waitlist. Yet, even with the growth Oasis has experienced and the opening of other recovery programs in the area, there is still a shortage of resources. With a waiting list of 100 to 125 women at any given time, Humphrey plans to open at least two more houses in the near future and possibly another thrift shop. The beauty of the thrift store is it provides jobs for women in the program, and the proceeds help fund Oasis.

Funding remains a challenge for this recovery center. While many people are moved to donate to children’s programs, adult programs have a harder time eliciting compassion, especially when those adults struggle with addiction. Even so, funding is not Humphrey’s biggest challenge.

“I’ll be honest,” she shares, “this is life or death. The hardest part of my job is that I attend a lot of funerals. I have attended eight in the last two years, and it’s really tough. But that’s the reality here. Recovery is life or death. It’s so critical that Oasis exists because we can be the difference between someone rebuilding their lives or us attending their funeral. That is something I struggle with. It’s a tough job to have, but I think the highs definitely outweigh the lows.”

The highs Humphrey refers to is getting to know the women on a personal level, noting that it can be easy for an outsider to fall prey to a stigma.

“When you get to know them on a personal level, they’re just like you and me; their life just took a different path,” she says.

One of her favorite parts of the job is seeing children reunited with mothers who have worked so hard to reclaim their lives. 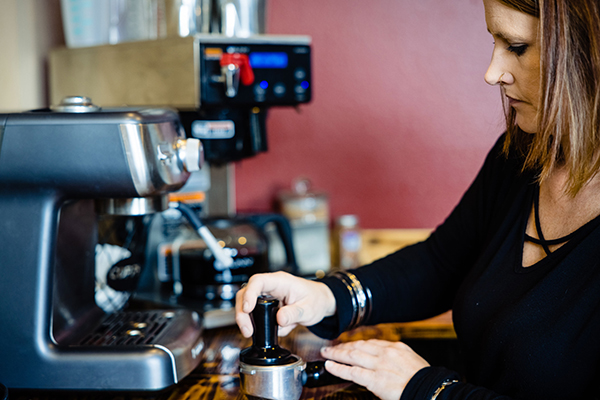 “There’s no other way to explain it — it’s an amazing feeling to see people working so hard to break the cycle. It’s courageous,” she says. Humphrey uses Starnes as an example. “Courtney completed the program successfully, rebuilt her life, became sober, and now she has become one of the coffee shop managers at Cup of Hope. She is completely different from where her life was headed.”

Operating under the motto “recover, rebuild, reclaim,” Humphrey begins planning for the women’s exits as soon as they arrive. She helps women get back on their feet by helping them organize everything they need for living on their own and reuniting with their children. Many times, this involves helping them gather important documentation like birth certificates, driver’s licenses and Social Security cards that often get lost in transition and are necessary for getting a job. Oasis also has a rideshare program where women in a different phase who have cars and licenses can provide transportation for others.

In addition to running the two houses, the store and the coffee shops, Humphrey also works the admission process and is continuously involved in the women’s legal cases.

“I work boots on the ground,” she says. She assists with their criminal cases, attends court hearings, speaks to DHS and meets with women regularly to review their case plan and keep them moving forward.

Oasis recently launched a campaign to help break the stigma of addiction. The website features “Faces of Addiction,” a beautiful collection of professional black-and-white photographs of women in recovery. It serves as an eye-opener and a way to become more relatable to people who may have never experienced or witnessed addiction.

“Every one of us is a person,” Starnes says. “There is a stigma that happens when people don’t have custody of their children, or they had a job and looked like they were on the right track but then lost it. That stigma follows you around and sometimes is your biggest enemy. Overcoming that stigma is really part of the key, and to do that, you have to surround yourself with people who care and understand you.”

READ MORE: Renewal Ranch: A Legacy of Healing and Service