Anchor Down: Planning Your Cove Time 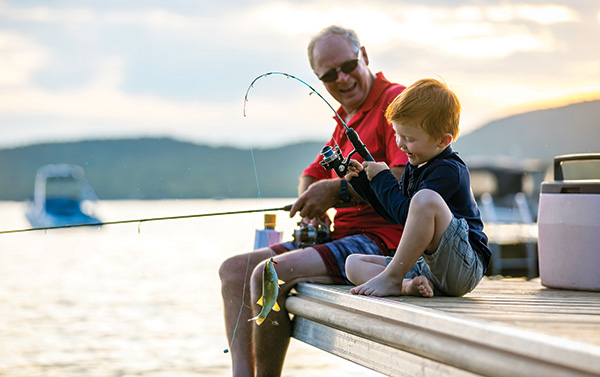 Anchor Down: Planning Your Cove Time

To be a state so locked by land, Arkansas has quite a share of liquid dividends. Freshwater flows in superfluity across our lands — from the highs of the Ozarks to the lows of the Delta — cutting and carving the very fabric of what makes the Natural State.

That’s a romantic way of looking at it, at least. For most of us Joes, a state so strewn with lakes, rivers, ponds, creeks and spillways provides an almost endless supply of recreational opportunities for ourselves and our loved ones. We can float and boat, fish and swim, or simply sit “on the dock of the bay, watchin’ the tide roll away.”

This month, as the season of summer officially descends, a safe wager would be that most Arkansans have some form of water-related plans already on the agenda. An even safer bet is that most of that will be time spent on one of our great lakes — skiing behind a speedboat or unwinding on a pontoon. On your way, pack plenty of tubes and floaties, but don’t leave behind the rod and reel.

One of the keys to a successful day on the lake is mapping out your time on the water. Naturally, some of it will be spent cruising through channels and open spaces, but at some point you’ll settle into one of the lake’s dead ends and drop anchor. (Tip: If there’s a specific cove you’re after, get there early. As the day wears on, many folks will dock into the same idea.)

The best part about cove time is that, well, there’s no time. Seconds can aimlessly drift into minutes and hours, just as you casually float along the surface. But we land-dwellers don’t necessarily need to be in the water the whole time. Some might take the opportunity to sunbathe topside, but this is also the perfect time to engage in America’s real favorite pastime — fishing.

Not only is cove fishing good fun for the whole family in between dips in the water, but it can also be among the most rewarding. Absent the speeding boats of the busier parts of the lake, coves are peaceful and quiet — above the surface, at least. Below, coves are bustling with all kinds of aquatic life.

Whether it’s Bassmaster, Field & Stream, American Angler or any other fishing-related source worth its salt, you’ll likely find similar advice wherever you look — fish the coves. Some go so far as to refer to coves as “fish pockets.” That’s because, in addition to the solitude, baitfish begin to school en masse in shallow water once spring rolls around; by summer, it’s an off-the-bank buffet. Once that occurs, the other dominos follow suit — baitfish, small fish, medium fish and big fish, each playing its role in the circle of life. No matter which of those varieties you’re after, your luck couldn’t be much better at catching some than in a cove.

Slip on a bobber to delicately dangle a hook baited with a worm or cricket, and a cove is almost sure to deliver some bream for your haul. Secure a minnow to that hook and you might interest a rock bass or smallmouth. Or you can get busy with a jig, spoon or spinnerbait to try your hand at a largemouth. Sink a bait to the bottom (depending on the depth of the cove) and you might even snag a catfish or two.

No matter what kind of luck you run into, making the time to cast a few lines during your time in a cove is sure to take anyone’s day on the lake to the next level. No matter how big or small your family, making memories is what it’s all about. And it doesn’t get much better than quality time in one of nature’s cul-de-sacs.