Jayme Lemons in the Limelight 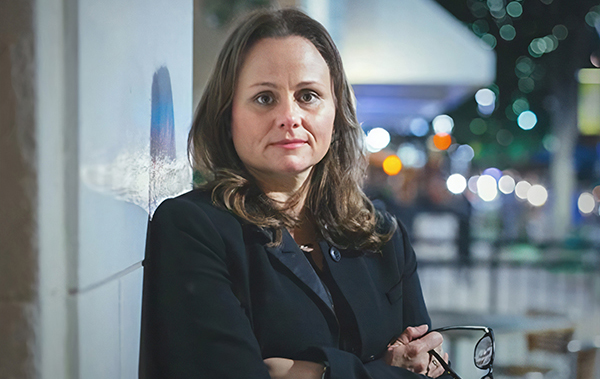 Jayme Lemons: From Small-Town Roots to the Big Leagues of Hollywood

We’ve all heard the stories. The about-to-give-up actress who had less than a dollar in her bank account before landing her iconic role. The A-lister who worked years as a Hollywood carpenter years before getting cast in a breakout hit.

Then there’s the story of the western Arkansas girl who delivered tea to Laura Dern, instantly became her best friend and moved to LA where they stayed BFFs for more than 20 exciting years and became business partners, launching a creative company that within four years had produced an Academy Award-winning film.

It sounds like blind luck, but it’s more a story of human connections and the power of friends who make you, as producer and Waldron native Jayme Lemons puts it, the best version of yourself you can be.

“Even as a kid, I would rather watch TV or a movie than do almost anything else,” she says. “But I never understood that this world could be a reality. How would a kid from Waldron have a career in Hollywood?”

Lemons has never stopped being a superfan of movies, TV or especially of the people who make them. She has immense gratitude and mad respect for the people who have been part of her own story. Her friends may be household names, but they aren’t names she drops with anything resembling pretension. Rather, she speaks of them fondly and familiarly with something like awe for the opportunities she’s earned to be in their spheres and learn from the best.

Born in El Dorado but raised in Waldron, Lemons went to Arkansas Tech University in the early ’90s, thinking she’d go into politics or law. But an elective theater class focused her attention like nothing else had. She changed her major to theater history just because she loved it, then entered grad school at the University of Arkansas with dual emphases in film and political communications.

“I was playing it safe. I still thought there wasn’t a path to working in film,” she says.

And Lemons’ first experience on a movie set nearly destroyed her interest in filmmaking.

“I interviewed for what I thought was a position of assistant to the director on a tiny film being shot in Arkansas. I thought I’d fetch coffee for people,” she says. “Instead, it turned out the position was First Assistant Director. And they hired me! Which should tell you something about the quality of that production that they’d hire someone with zero experience to be first AD.”

The shoot was hell. Lemons doesn’t dwell on details, but says the “duct-taped-together production” did everything the worst way possible. “I thought, ‘Well, let me go back to grad school. If this is what making a movie is, this is a nightmare.’ I didn’t know how any movie ever got made if that’s how they did it,” she says. 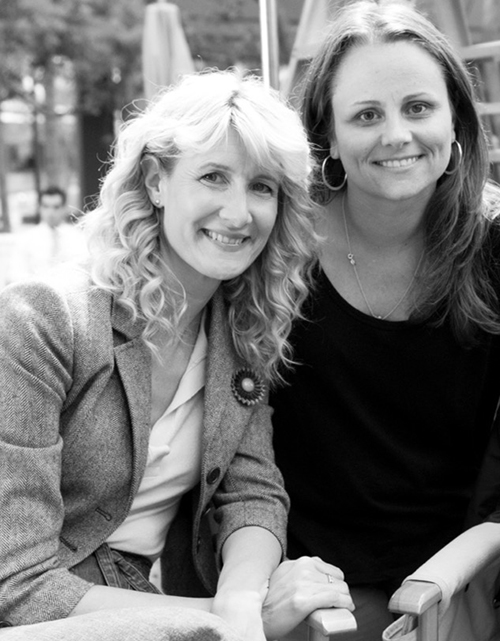 But the job introduced Lemons to casting director Sarah Tackett, president of The Agency, a Little Rock-based talent firm. Tackett persuaded Lemons to give film one more try, suggesting a small job on a film Billy Bob Thornton and Laura Dern were making around Little Rock. The film was Daddy & Them (2001), a little-seen but star-filled dark comedy Thornton wrote and directed. 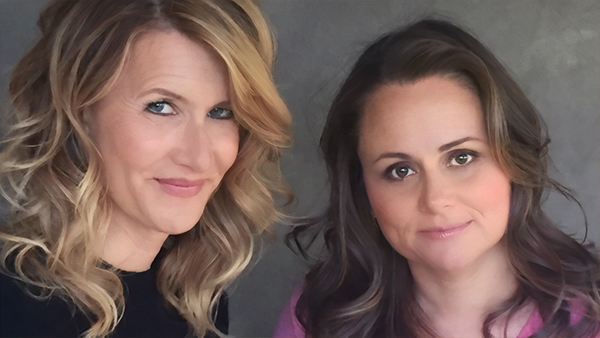 Working on it was the most pivotal event in Lemons’ life. As a cast assistant, she’d drive cast members to set and do errands for them, such as picking up lunch or bringing Dern a cup of hot tea.

“It was crazy. I went from being a grad student to driving Brenda Blethyn! I got to know Andy Griffith and remained connected with him the rest of his life. We all had a ball and became best friends,” she says. “They exceeded everything I could ever have expected.”

Closest of all were Lemons and Dern. They became fast friends, in both senses. Lemons describes it as one of those kismet things; two people who instantly “get” each other suddenly connect and build a trusting, lifetime friendship. The only improbable bit was their lightning-fast mutual connection was between a grad student running errands and a bona fide movie star.

But the friendships she formed with Dern and the cast make perfect sense. Verbally agile and funny, Lemons can hold her own among some of the world’s top creatives. And yet, she’s grounded, practical and crazy likable. If she were running for president, she’d be the candidate you’d want to sit down and have a beer with. And the one you’d trust to get things done.

After Daddy & Them wrapped, Lemons quit grad school, moved to Los Angeles (a place she’d never visited), and worked as an assistant to Dern and Thornton. She calls it the best possible job she could have to learn the business.

“That spring, I had written a paper about Robert Altman, and that fall I was working on a Robert Altman movie,” she says, shaking her head at her own story.

Lemons didn’t yet know she wanted to be a producer — or even what producers did — but she had a front-row seat to what everybody on set was doing. 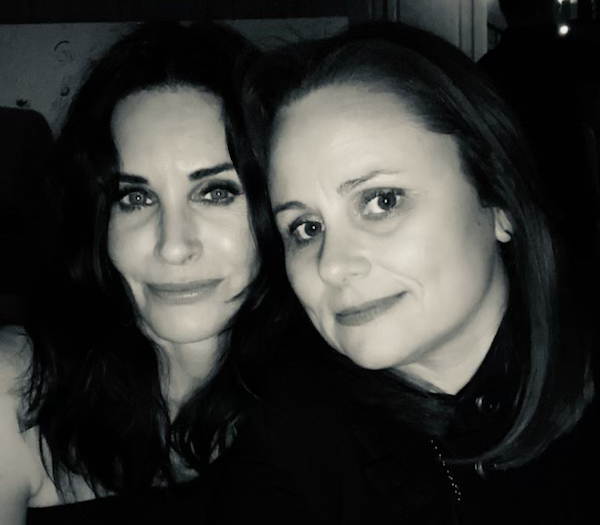 While learning to navigate showbusiness, Lemons also worked in development for Courteney Cox, another “good Southern girl” and mentor.

“Courteney’s one of the most gracious, hard-working, constantly-reinventing-herself actor/director/producers you’ll ever come across. Just so extraordinarily talented and creative,” Lemons effuses. “She is someone who just refuses to let you be anything other than the best of yourself. She’s a crucial part of why I am where I am able to be.” 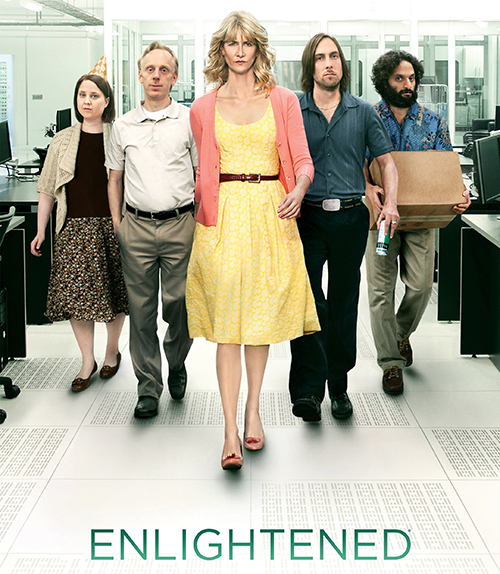 Lemons says, “Laura and I had always wanted to produce something together. But we didn’t know that we could have a company. When we first started thinking about it, not a lot of actors, certainly not many women, had real working production companies.”

Lemons joined Dern as producer of Enlightened, the critically acclaimed HBO series Dern created with Mike White. It opened even more doors for her producing career. Then in 2017, the BFFs launched their long-dreamed-of production company, Jaywalker Pictures. Lemons’ mom came up with the name, blending together the names of Dern’s children. But Lemons adds, “The name resonated with us because, like us, it’s rebellious … but not felonious. It pushes the boundaries ever so.” 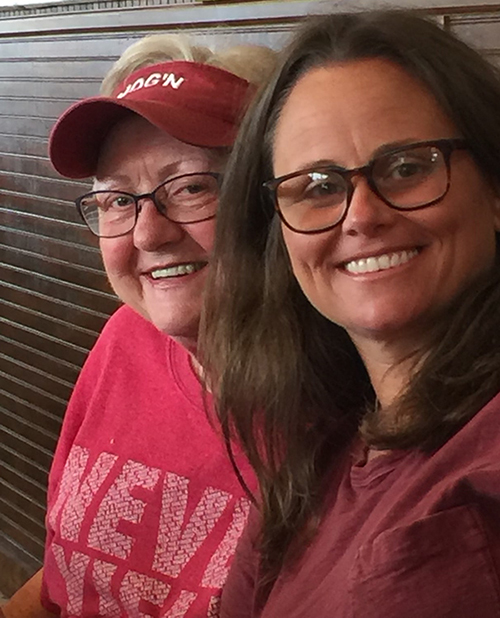 Lemons and her mom.

She now spends her days finding work that speaks to that creative sensibility she and Dern share.

“We always want our work to mean something, to move the needle forward, even if it’s not overt,” Lemons says. “It’s just too hard getting things made to spend time on projects that don’t move you.”

It’s the creativity that charges her, and the pursuit of producing meaningful art that drives Lemons ever forward. She’s not the kind of producer who just hands over a check. “Oh, that’s definitely not me!” she says. In contrast, Lemons shines as a creative producer by staying intimately involved in shepherding the projects she and Dern decide to take on, from their inception to getting them in front of audiences. Her fingerprints are on every part of the production. 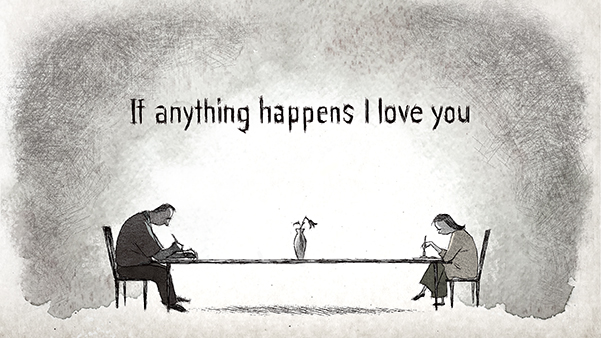 Their production efforts vary: comedy, drama, animated, documentary, TV, film, whatever moves them. One day Will McCormack, a good friend who had co-written and -directed an animated short about a family’s grief after gun violence, showed them an early cut. “We loved it and said we’ll do everything we can for it,” she recalls. “Everything they could do” turned out to be not only getting the film, called If Anything Happens, I Love You, on Netflix, but last April, winning the Academy Award for Best Animated Short.

The profoundly moving (prepare to ugly cry) film is only 12 minutes long, but the week it debuted, ranked in Netflix’s Top 10 titles worldwide.

“The lives it’s touched, the calls we’ve received from parents,” Lemons says quietly, “it remains one of the most special things either Laura or I have ever been involved with.” 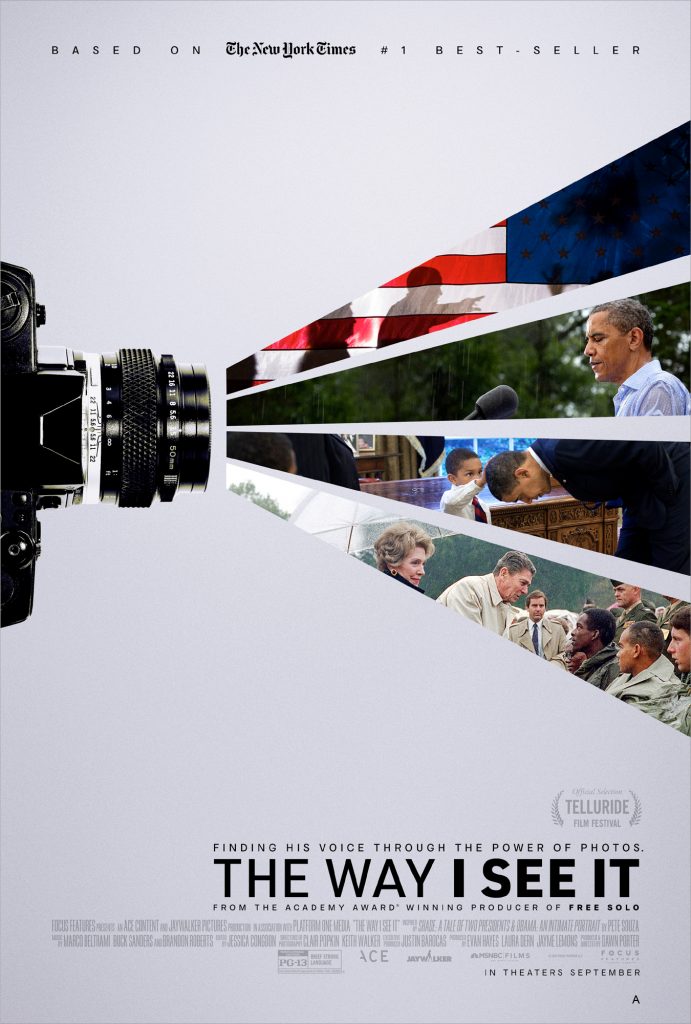 Another Jaywalker Pictures production was a 2020 documentary, The Way I See It, about former Chief White House photographer Pete Souza’s career chronicling Presidents Reagan and Obama. Starting production this spring are two projects. One, Mrs. American Pie, is a 10-episode series starring Kristen Wiig that will be on Apple+; Abe Sylvia, writer of Dead to Me and The Eyes of Tammy Faye, is adapting Juliet McDonald’s novel. And Dern plans to co-star with Benedict Cumberbatch and Noah Jupe in Morning, a sci-fi film about a society in perpetual daylight that takes a pill so no one needs sleep or dream.

They have other not-quite-announced products underway, including with North Little Rock writer/director Graham Gordy.

Rooting for Her Roots

One more thing Lemons is vehemently passionate about: her home state.

Surprisingly, Lemons is not Zooming into this interview from LA. “No, I’m living in Fort Smith right now! It’s my favorite place,” she says. She’s been there since early 2020, moving home from the big city for what she thought would be a few weeks of a pandemic. “Here I am, still here! I love it,” she says, launching enthusiastically into praise for the city’s downtown revitalization, the “so cool” Miss Laura’s Visitors Center (a historic, former bordello) and the new skate park. “It’s amazing.”

She’s also an avid (but not terribly good, she says) golf player and an obsessive Hog fan.

“I love my Arkansas Razorbacks in all forms and fashions,” she confides. “Thank God for the ESPN app! My assistant knows never to book meetings when the Hogs are playing. I watch all the sports they play. I don’t think I’ve missed a Razorback baseball game in three years.”

When asked about her family, as she’s only mentioned her mother, with whom she’s extremely close, the question comes up: is Lemons married, in a partnership? Does she have kids? She’s currently single, or, as she puts it, “I have not yet found a husband, nor father for the children I do not have.”

Then she laughs, “I’m a Razorbacks fan. I play golf. Why don’t I have a husband? I’m fun!” 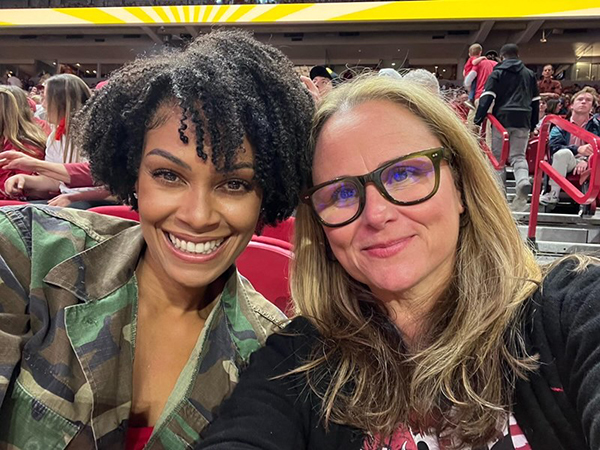 “Come see us and hang out with us at ACS,” she encourages young Arkansans dreaming of moviemaking, “and we’ll show you how.”