Another Dime in the Jukebox

Story and Photos By Kenneth Heard

The rockabilly musicians of the 1950s honed their skills playing in the honky-tonks and gin mills along U.S. 67 in northeast Arkansas, performing in front of raucous crowds and creating the sounds of generations to follow copied.

Elvis Presley crooned into his Shure 556 Unidyne microphone at Bob King’s King of Clubs in Swifton, almost 30 miles from Newport, and Johnny Cash strummed his Gibson guitar, singing about trains and being lonesome while performing at Porky’s Rooftop in Newport. Roy Orbison played atop the Skylark Drive-In in Pocahontas and tried to keep from stepping off the edge of the projector building while Sonny Burgess and his Pacers rocked the Silver Moon Club in Newport.

It was the heyday of the rockabilly sound, a mixture of country, rock and swing music, and it began mainly in Jackson County and in neighboring Lawrence and Randolph counties in the clubs that sat beside the thoroughfare that connected Little Rock with St. Louis. 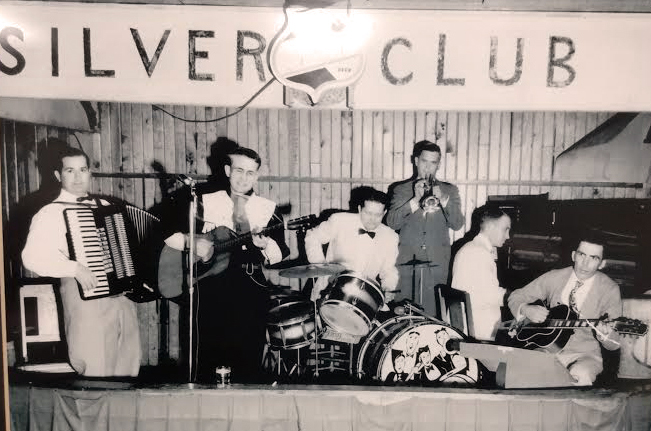 “Jackson County provided performers with the opportunity to get experience to play to larger audiences,” says Henry Boyce, the Third Judicial District Prosecuting Attorney and music historian. “This was rock ‘n’ roll in its infancy. This place deserves recognition for the early development of rock ‘n’ roll.”

Boyce, 55, who recently won his bid for District Judge, Division 15, and will take the position in January, has created a museum to honor the heritage of that music. Housed in the Newport Area Chamber of Commerce building in downtown, the Arkansas Rock ‘n’ Roll Highway 67 Museum contains scores of photographs, instruments, 45 rpm records and other artifacts of the rockabilly era.

Some of his more prized displays include the drum set used by a Memphis-based group called the Clashers. Johnny Pate, who played drums for Carl Perkins, used his WFL Drum Co. set while touring U.S. 67. The display also contains a photograph of Pate playing the drums in Newport in 1957. 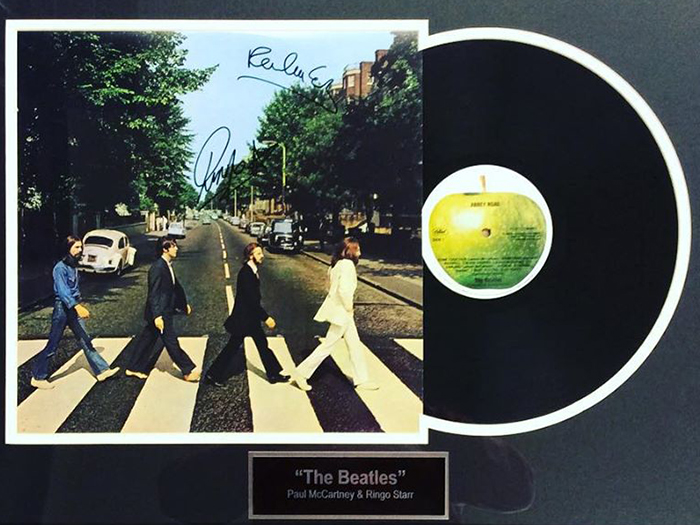 Another one-of-a-kind piece is the lighted sign for Bob King’s King of Clubs. The club burned in December 2010. Boyce fished the sign from a dumpster and asked King if he could have it. He cleaned it, and an electrician rewired the sign. Now it lights up over a case containing records and instruments.

Most of the clubs that dotted U.S. 67 are gone, victims of fires and neglect. The highway is no longer the main route through town; a four-lane highway, U.S. 367, now bypasses Newport. In fact, the actual U.S. 67 is now just patches of concrete poking through weeds and tall grasses. A second, two-laned U.S. 67 remains and runs through towns such as Tuckerman, Hoxie and Walnut Ridge.

Even the rockabilly sound is a thing of the past. By the early 1960s, many of the performers began playing country music, which remained popular through the eras. The Beach Boys introduced “surf music,” and groups like the Four Seasons and The Shirelles began playing the “do-wop” music. Then, the British Invasion occurred as the Beatles and the Rolling Stones began playing in the United States. 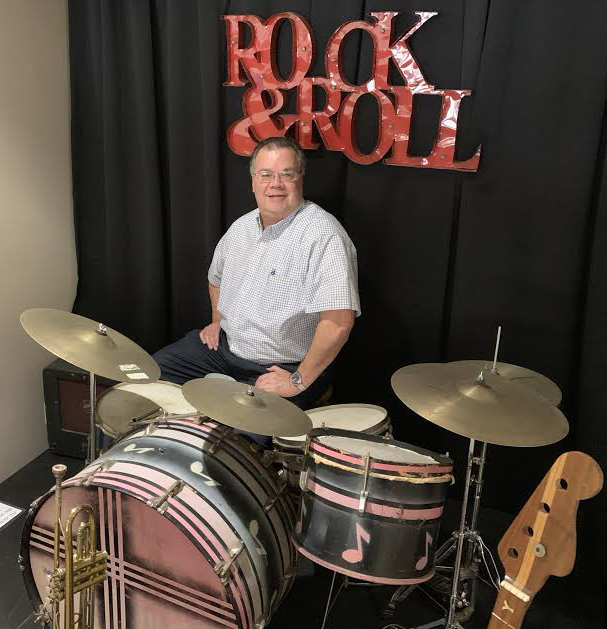 Henry Boyce sits behind a drum set in the museum.

However, many of today’s recording artists recognize the importance of rockabilly in helping them create their own sound. Bob Dylan brought Billy Lee Riley on stage at a show in North Little Rock in 1992, calling Riley his “idol.” Riley, who was from Pocahontas and died in 2009, recorded hits like “Red Hot,” “Flyin’ Saucers Rock and Roll” and “Rock With Me Baby.” George Harrison of the Beatles credited the rockabilly musicians such as Carl Perkins for his early music. The Beatles’ “All My Loving” and “She’s a Woman” are tributes to the rockabilly tunes.

“This museum is a celebration of rock ‘,’ roll’s history, particularly this area’s impact on it,” Boyce says. “Newport and Jackson County was the oasis for any musician willing to travel then.” 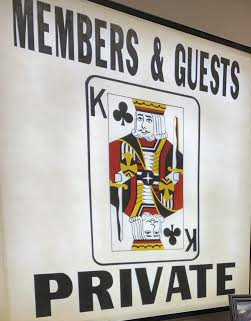 The museum came as a result of Boyce’s interest in musical history and a group effort to designate U.S. 67 as the “Rock ‘n’ Roll Highway” in 2009.

The designation was spearheaded by musician Gary Gazaway of Pocahontas — who played trumpet and toured with Joe Cocker, Stevie Ray Vaughan and Phish. Gazaway formed a group to study U.S. 67 and have it recognized. The group debated upon calling the roadway the “Rockabilly Highway,” but after a few contentious meetings, members voted on naming it the “Rock ‘n’ Roll Highway.” Burgess and Riley, who both played music in the U.S. 67 clubs in the 1950s, were members. They both voted on “Rock ‘n’ Roll” as the highway’s moniker, perhaps spurned by former Arkansas Department of Parks and Tourism director Richard Davies who thought that the word “rockabilly” had a poor connotation and gave the state a “hillbilly” image.

Then-Gov. Mike Beebe signed into legislation a bill that proclaimed the highway in the spring of 2009.

That action, Boyce says, was the catalyst to begin developing his museum. 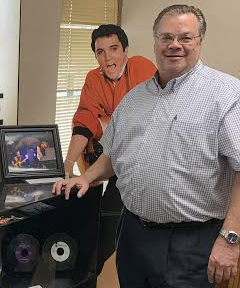 Music had always been part of Boyce’s life. As a child, he grew up listening to his parents’ stereo playing the Ray Conniff Singers and the soundtrack to the movie, The Sound of Music. One of his best friends in grade school was the son of Burgess; he recalls once opening a closet at Burgess’ home and seeing his friend’s father’s guitar and amp stored in the back. He didn’t realize then that he was looking at a piece of musical history.

Like many his age in the 1970s, Boyce began buying albums and listening to the sounds of the time. His first album, he says, was one by the Jackson Five.

“That was the first group I was serious about,” he says, referring to the group anchored by a young Michael Jackson. “From there, I went to the bubble gum stuff. The Partridge Family and the Bay City Rollers. The ‘roller-skating music.’”

While in junior high, Boyce discovered  harder rock groups like KISS, ZZ Top, Black Sabbath and Led Zeppelin, and then he got into the progressive rock groups Yes and Emerson, Lake and Palmer.

He tried out for the Newport Junior High School band as a drummer. While he did fairly well, he says he realized he would not be  the best drummer in the band. “I sold my drum kit and bought a stereo.”

The die was cast.

After graduating from law school at the University of Arkansas, Boyce returned to Newport to begin his practice. In 2000, the Newport Area Chamber of Commerce asked him to help find acts for their annual Portfest Festival at the nearby Jacksonport State Park. The show’s theme that year was “The 50s.”

“Who to book?” Boyce remembers thinking. “I knew enough to know Sonny Burgess lived in Newport and was a contemporary of Elvis. He was a fount of knowledge.”

He contacted Burgess who put him in touch with several performers and that year’s stage was set.

“That gave us an opportunity to showcase the living legends of rock ‘n’ roll history,” he says, “They were showmen. They were from a different era. They’d get dressed up and put on a show.”

He heard stories of the early performers; Burgess opened for Presley at Porky’s Roof Top in March 1955. Burgess said he and Johnny Cash were waiting for the show to start and noticed the crowd that had gathered.

“They all came to see Elvis,” Burgess said Cash told him. “We might as well go home. They’re not here for us.”

Gambling was allowed in some of the clubs, and Carl Perkins is said to once have gambled — and lost — his band’s pay for performing that night in Newport.

Boyce received many photographs from Burgess and Riley and began searching on the internet for other items for his museum. He also obtained a 1907 Knight-Brinkerhoff upright piano that Elvis played on during a March 1955 performance at Porky’s Rooftop.

The museum is kept in a conference room on the second floor of the chamber’s building at Hazel and Second streets. Large displays ring a walkway around the second floor that include photographs of various clubs, different performers and how the advent of the Northeast Arkansas Electric company helped bring performers who used electric guitars and amplifiers to the area.

There’s also a large map that locates where clubs like Mike’s 67 Club, Charlie’s Place, the Rainbow Tavern, the Shamrock and Jarvis’ Bamboo Club once sat. Since opening, Boyce has had visitors from the United States and overseas. A guest book for 2019 and 2020 shows signatures from people from Utah, Michigan, Texas, California, Tennessee, Indiana, Sweden and the United Kingdom.

“Heritage is certainly a big tourism drive,” says Kristine Puckett, the deputy director of Arkansas’ Parks and Tourism division. “Musical heritage is huge. I think the [Rock ‘n’ Roll] museum specifically catches the attention of international audiences. It shows the true Americana that we here may take for granted.”

Boyce has many more displays, enough, he says, to fill the entire first floor of the chamber’s building. He is looking for grant opportunities to help increase his museum.