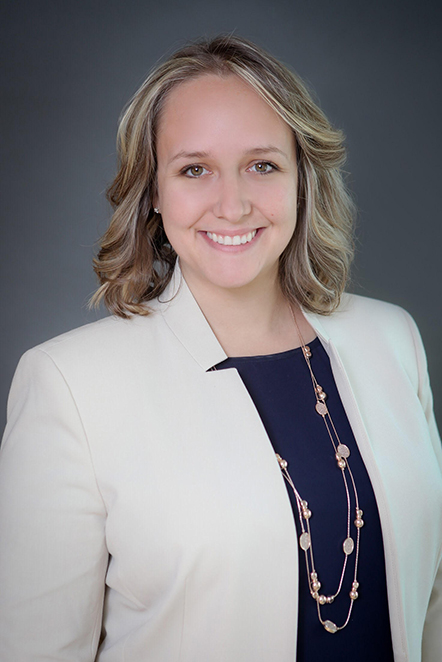 April Pollard finds it imperative to describe her job as a career, as it is more than a job. It is her passion.

Pollard works as a financial advisor at Edward Jones in Little Rock, finding fulfillment from the collaborative work environment she’s surrounded by at the company and from the tangible help she provides her customers. At Edward Jones, Pollard found strength professionally through being given the space to learn from her peers, rather than encounter competition with the people she worked alongside.

A graduate of Greenbrier High School and the University of Central Arkansas, Pollard’s career in corporate America as a woman business leader has taught her two things: first, the female corporate business world is competitive, and second, there is no reason for that. At Edward Jones, Pollard noticed the company was proactive in preventing their female financial advisors from being competitive with each other, organizing yearly state meetings for all the women to collaborate on business ideas. In Little Rock, these meetings are even monthly.

“There’s not that space of competitiveness here. I saw that, and I felt it at Edward Jones. And I think that is what triggered me wanting that for other women in business,” Pollard told AY About You.

In 2017, Pollard was convicted to step out and create an “inclusive” space for women influencers. Thus, Women Influencers USA was born, giving a voice to women community leaders rather than just those at the top.

The Facebook group started with about six women meeting for coffee, networking and thinking together on business strategies. By the end of the first year, more than 30 women were meeting each month. And before the coronavirus pandemic, more than 100 were meeting monthly in small groups across central Arkansas. 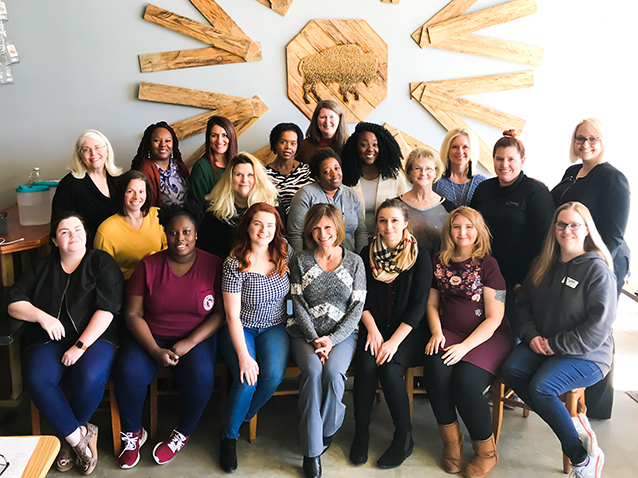 “I wanted to create that environment where all women to build deeper relationships with each other no matter what industry you’re in.”

At each meeting, attendees are invited to listen to a sponsor – someone from a woman-owned business – who speaks on their businesses and services. Then there is a set aside time for networking, as Pollard stresses the business card is not beneficial unless you follow through on that relationship.

“We try to bring in women in the community that we see are already providing value to the business industry and we have them speak on their expertise,” Pollard says about each meeting’s sponsor.

“I think April is an outstanding woman because her women’s networking group gives us an opportunity to meet and share information with other professional women,” Stephanie Thompson, a member of Women Influencers USA, told AY. “She impacts Arkansas by giving us a professional platform in our state that is comparable to larger states in its scope and resources.”

Pollard attributes the success of the group to her dedication to remaining vulnerable amongst the women following her group.

“Through my own vulnerability, I’ve allowed this space for other women to be vulnerable with each other,” Pollard says. “We all know how competitive it can get between women in corporate America. Why is that? We don’t know. We look all the way back at high school and remember how hard it can be for females because of that.

“I think what I’ve been able to do is create this space – whether it’s online or in person – that allows women to be vulnerable because I’m first being vulnerable.”