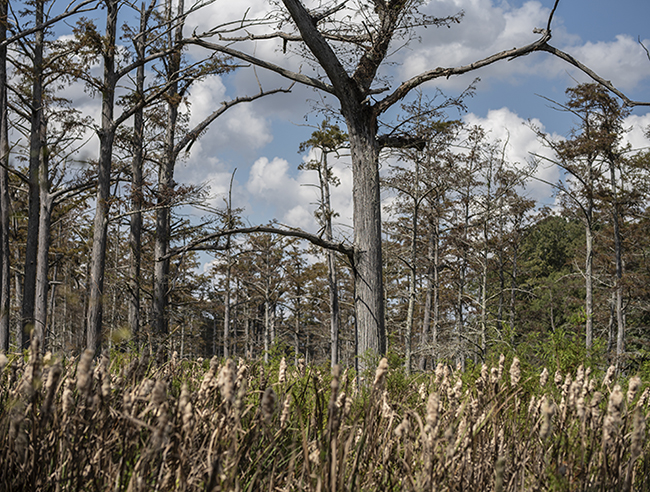 “It’ll never be a gun that takes the last duck away, it’ll be the loss of habitat.” — NBC News’ special report on Arkansas ducks

Duck hunting is almost like Arkansas’ second religion. For decades, sportsmen and women have spent the majority of their winters rising before the crack of dawn, loading up their trucks and caravaning with their peers to places like Bayou Meto and other hotspots for the waterfowl. And for decades, the game has been prosperous. Arkansas does possess the Duck Capital of the World, after all.

But recently, the affluence of duck hunting has not been as assured as in years past. More and more hunters are hitting the same wetlands, at the same time, yet report coming home empty-handed, or with much lighter yields during the season. It’s raised the brows of many across the Natural State, including not only just avid hunters, but also the communities that thrive off of duck hunting tourism and organizations like the Arkansas Game and Fish Commission. 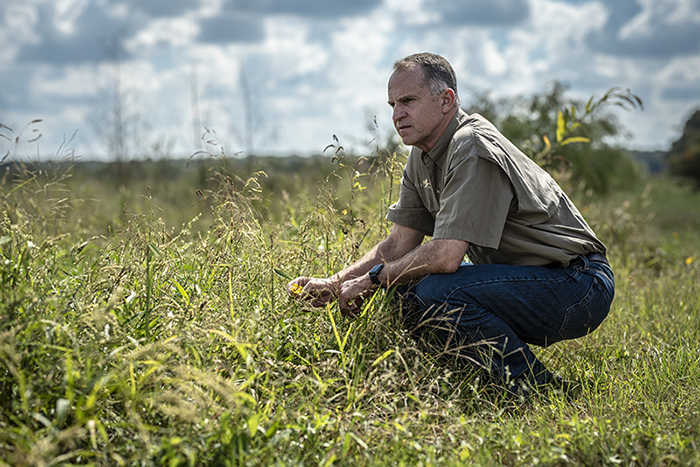 George H. Dunklin, Jr., Owner of Five Oaks Duck Lodge. Dunklin is one of many leaders around the state working to ensure that duck hunting continues to thrive in Arkansas.

For devoted duck hunter Carter Harrington of Little Rock, last year was a desert for him and his hunting crew.

“The 2017-18 season was phenomenal,” Harrington says. “The weather was right to kill some ducks [with] just enough water in the areas I was hunting. My group of about four to five guys killed over 400 birds that year.

“[But] last year was rough. A lot of people I talked with in other locations had a hard time killing ducks, as well. The water was too high, allowing too many landing areas for ducks to land versus landing in specific spots you set up for. The temperature was not cold enough last year, at all. A lot of hunts had me sweating in my waders. You had to be in the right spot at the right time to kill ducks last year.” 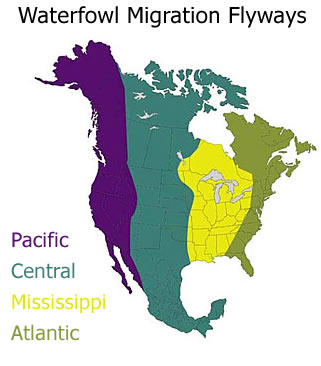 Word spread of similar stories last winter, and before long, most major news organizations in the state were running stories about ducks in decline, and the timbers turned to wildfire. More and more hunters began speaking out about their famished necks of the woods.

NBC even picked up the story, running a nationally televised, more than 13-minute segment entitled, “Where did they go? Arkansas hunters at a loss as ducks disappear” — the final straw for a state that was already in a bout of duck despair. Many feared the worst, that the ducks were gone; that this one bad year would become commonplace, completely changing the economic and cultural fabric of Arkansas.

But, it’s complicated, made especially more so after recent reports. 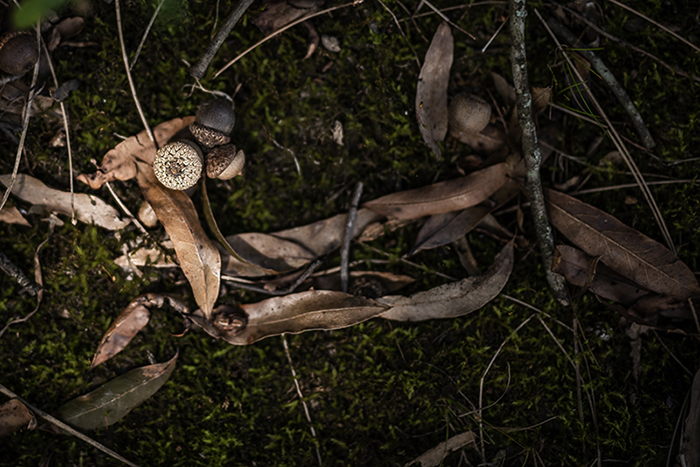 Organizations like the Arkansas Game and Fish Commission are working to mitigate environmental changes to keep various natural foods of ducks lush and plentiful.

In August, the U.S. Fish and Wildlife Service released its Migratory Bird Hunting Activity and Harvest for the 2017-18 and 2018-19 hunting seasons. Many Arkansans were ready for their negative experiences to be reflected in the data. But, they weren’t, at least on first look.

As usual, Arkansas was at the top of the list for mallards harvested with hunters in the state shooting almost over 477,000 of the popular dabbling ducks, more than a 50,000 bird increase over the previous year. All in all, the total ducks harvested during the 2018-19 season, according to the report, was almost identical to the prior season — a little over one million ducks.

“We heard from a lot of hunters last year about a slow season,” says Luke Naylor, waterfowl program coordinator for the Arkansas Game and Fish Commission (AGFC), in an article on the AGFC website. “But the results of the harvest report don’t really reflect that if you just look at total numbers and use that as the only take home.” 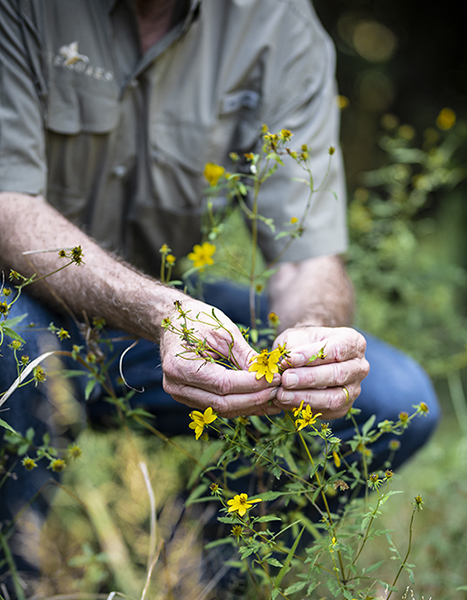 But, as Naylor and the AGFC point out, the complications of the last duck hunting season become apparent deeper within the context of the numbers. While the harvested ducks total was  consistent, the number of hunters reporting increased by about 8,000 and the total duck hunter days afield was up about 130,000. Perhaps correlated to that, (and the negative feedback shots heard ‘round the state from disappointed hunters) the  average seasonal harvest per hunter was down almost three points from 19.3   ducks in 2017 to 16.6 in 2018.

Essentially, there were more hunters in the field for more days last season, but around the same amount of ducks was harvested. And, the variation of the data was much higher last year than in years past.

“That means you had a lot more of a ‘haves vs. have-nots’ situation,” Naylor says.

Brady Woodson, of Little Rock, was one of the “haves.” He has been hunting for almost 20 years and did not experience the duck drought last season.

“Honestly, I’ve heard everyone complaining about duck numbers and slow years, but we have been doing really well through it,” Woodson says, before joking that he will not be divulging the whereabouts of him and his crew’s hunting grounds. “I don’t think the duck numbers are declining, I just think the [Mississippi] Flyway may be changing. Stuttgart is the duck capital of the world, but there are plenty of places just as good, if not better. The ducks are always going to follow the Mississippi [Flyway], though. It’s not going to change that much.”

Habitat changes due to deforestation and other artificial causes, as well as the winters in Arkansas that have been mild the past few years, might have ducks settling into different areas. Arkansas lies in (what has been) the perfect location for duck hunting. Sitting in the literal funnel of the Mississippi Flyway, many migratory birds call Arkansas home during the winter months as their usual neighborhoods in the northern United States and Canada freeze over. Generally, migratory birds fly as far south as they need to in order to find open water and food. Some theories perpetuate that with average temperatures rising across the United States and the globe, some ducks may not be flying as far south as usual — or at the very least aren’t as concentrated along the flyways — with more and more hospitable conditions opening up along their route, or due to frequent stops becoming less desirable for reasons such as temperature-induced changes to soil moisture. Ducks Unlimited is one of the organizations leading the charge in researching how changes to the climate are affecting waterfowl numbers and are working to mitigate such impacts along the flyways.

Also in August, the U.S. Fish and Wildlife Service released its annual waterfowl population status for the year, conducted via aerial surveys during the spring months. The report estimates 38.9 million breeding ducks in the survey area, 10 percent above the long-term average. Though slightly lower than last year’s 41.2 million, the report suggests a stable duck population, which should excite Arkansas hunters waiting at the bottom of the waterfowl’s migratory highway. But after last year’s volatility, many are rightfully nervous about what will actually be delivered.

One thing is certain — the ducks are out there. Arkansans might just have to work a little harder to find them.