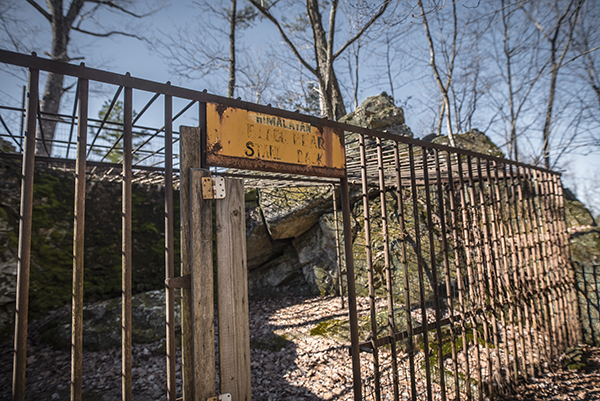 This is the second entry in a series on Arkansas’ abandoned amusement parks. See our January issue or go to aymag.com for the first entry, an article on Dogpatch USA. Make sure to check back in with us next month when we cover Dinosaur World, a veritable garden of derelict dinosaur sculptures in Eureka Springs.

Believe it or not, the Ozark foothills were once home to more than one half-baked amusement park. Just outside the sleepy hamlet of Dennard, the legend goes that a man, reportedly named Hallie “Orman,” decided to open his own zoo in 1967. Hoping to create a roadside stop for tourists traveling toward Dogpatch USA, the captive animals at Hallie’s Zoo captivated Arkansans for several years, but after a change in ownership and a series of mishaps, Arkansas’ only privately-owned zoo faded almost completely from memory and record.

Beyond the animals, the zoo also contained the world’s tallest miniature train, rising 31 feet above the ground. While this is a somewhat-narrow superlative (how crowded could the field of raised miniature trains be?), it did provide riders a unique view of the zoo’s animal occupants and the surrounding Ozark forests, all at the low price of $3.50.

With these attractions, Hallie successfully marketed his roadside diversion for several years. According to the current owner of the property, he created the zoo to give his aging daughters something to do, fearing they’d become spinsters after his death. One wonders why he thought they’d be better off running a zoo instead of a trust fund or an investment portfolio, but his daughters both wound up marrying Harrison-area doctors, rendering Hallie’s eccentric plans for their inheritance irrelevant.

At this point, the historical record on Hallie’s Zoo becomes somewhat murky, along with the fate of the owner himself. The Van Buren County Democrat, a long-running local newspaper has no record of “Orman” or his zoo, nor is his name referenced in any obituaries or genealogies. In fact, aside from a few online articles written within the past decade, there is no evidence that a man named Hallie Orman even lived in Arkansas or ran an Ozark menagerie. 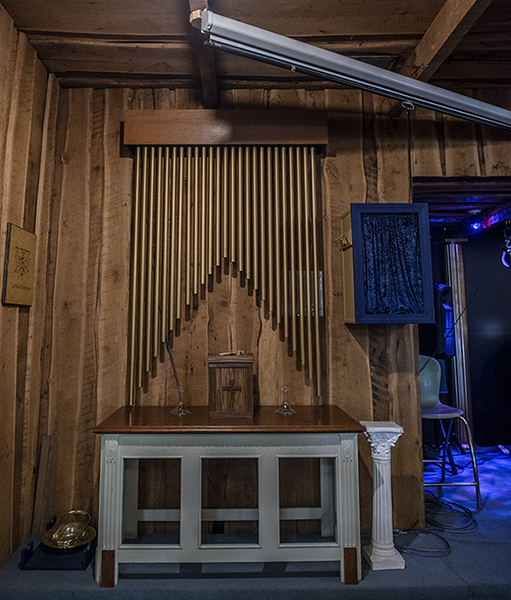 The Truth About Hallie

Confusing, right? Well, after a bit of research, it turns out that the man who created Hallie’s Zoo wasn’t named Hallie Orman. His name was Hallie Charles Ormond, a Harrison sawmill magnate. According to a June 1974 article in The Camden News, Ormond’s roadside attraction outside of Dennard wasn’t named “Hallie’s Zoo,” it was called “Hallie’s Rest Stop,” which featured “A miniature railroad, a zoo, pony rides, arcade games a campground and restaurant.”

Contrary to the readily-available sources, Hallie’s Rest Stop, a.k.a. Hallie’s Zoo, also didn’t open in 1967. According to contemporary sources, it opened on Labor Day, 1973, when Ormond was 68 years old, and was just one fruit of Ormond’s many labors. He first moved to Elba, Arkansas, in 1911, now a ghost town outside of Dennard. Ormond worked for Missouri and North Arkansas Railways in the 1930s until he decided to go into business for himself in 1938, opening the H.C. Ormond Supply Company, which produced railroad ties and lumber from multiple sawmills.

By age 70, Ormond had amassed 15,000 acres in Van Buren and Searcy counties, roughly 40 of which he used for his zoo and rest stop. According to his daughter, Mary Jo Grisham, he was an early investor in Dogpatch USA and designed its train system, which he later used as a model for the miniature train at his own amusement park. Ormond was also close friends with controversial Arkansas governor Orval Faubus, which may either explain why Faubus was Dogpatch’s first general manager or why Ormond invested so heavily in Dogpatch. Grisham also states that Ormond was well known for calling most men “honey,” which the recipients of his endearments either found strangely charming or vaguely threatening. 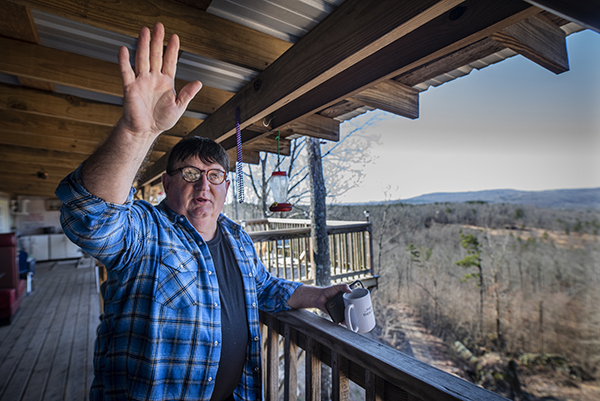 The Fate of Hallie’s Zoo

At this point, the story behind Hallie’s Rest Stop becomes murky once again. It’s known that Ormond sold the property to a Texas couple in the late 1970s, who were also trying to develop a subdivision nearby. Evidently that subdivision didn’t pan out, nor did the zoo fair any better. The final nail in the coffin was struck when one of the zoo’s lions escaped its enclosure and began roaming the Ozark hillsides.

While the fugitive feline didn’t attack anyone or kill any livestock, the locals were understandably perturbed that a 400-pound predator was prowling through their lands. The lion apparently got hungry and returned home after two weeks, but by that time Van Buren County officials realized their local laws prohibit the presence of exotic animals. They’d allowed Ormond to skirt these rules, considering his huge tracts of land and community investment, but unfortunately the new owners lacked any friends at the Van Buren Quorum Court. The remaining animals were auctioned off to other zoos. Hallie’s Rest Stop shut down and Ormond himself passed away in 1998. 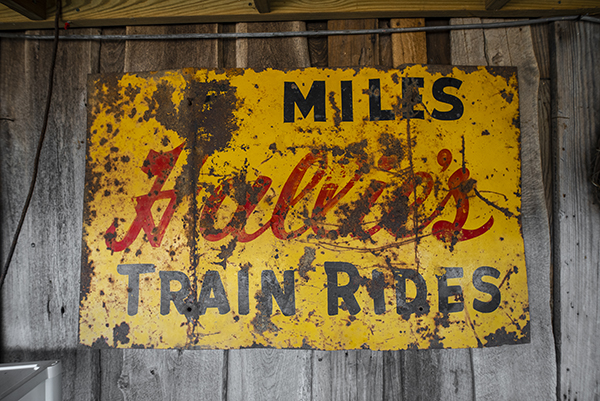 After the zoo closed, the property sat dormant for nearly 30 years. Nature slowly reclaimed the abandoned park’s rusting cages and rotting train trestles. It seemed that the zoo’s future promised nothing but further ruin. Then, one day in 2010, Baptist pastor Rick Montgomery drove past the property.

“I’d been pastoring in Marshall for over 10 years. In all the time driving back and forth from our home in Conway we hadn’t seen this property, it’d been so overgrown,” says Montgomery. “On the way to church one Sunday morning I felt like God had told me to look to my left and I saw this property. We called the owners in Dallas, and the rest is history.”

Thus began the strange second life of Hallie’s Zoo/Rest Stop, which is now the Zoo Church Village. Since 2010, Montgomery and his wife Fritzi have shepherded Van Buren County worshippers  while rebuilding the old zoo they now live and work in. While an abandoned zoo is an eccentric location for a church, apparently its unique topography gives the church unusual decorative and programming opportunities. 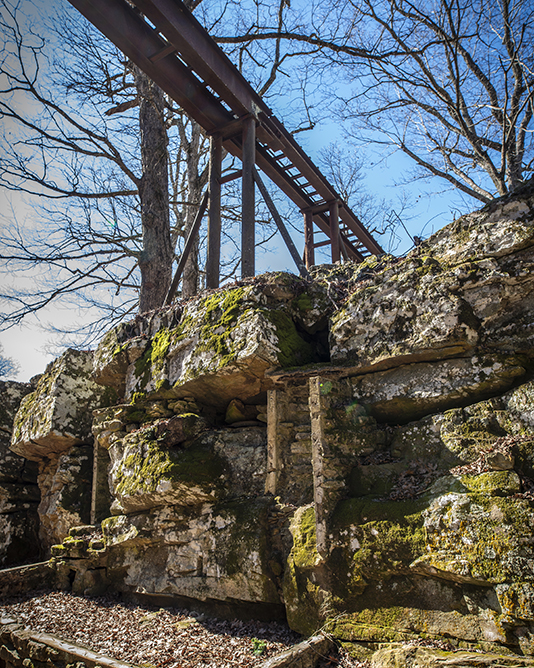 “We cleaned up all the cages and areas; we actually use them in the fall and winter for ‘Biblical who’s who at the zoo.’ We have actors playing biblical characters in the zoo’s cages,” says Montgomery.

The Zoo Church Village is also home to the Zoo Outfitters Operation (ZOO), a faith-based drug and alcohol rehabilitation program for men.

“We’ve been running ZOO for three years; right now we have about a dozen clients. We help these men recover from meth, opiate and alcohol addictions, and support them in rebuilding their lives,” says Montgomery. According to Montgomery, 61.7 percent of ZOO clients have recovered from their addictions. To put that in perspective, Alcoholics Anonymous reports a roughly 50 percent success rate for its program.

ZOO is a two-phase program. During the six months of phase one, the men live full-time at the Zoo Church Village. Every morning, ZOO clients take clients with church staff and volunteer counselors. After lunch, they perform community service around Van Buren County and within the zoo itself. Successful graduates of this program enter the second phase, where ZOO attempts to reintegrate its clients into society.

“During Phase Two, our clients stay in our houses in Conway and Dennard, and pretty soon they’ll be able to stay in a new house in Hollister, Mo.,” says Montgomery. “After we help them find work, they pay us $50 a week in rent. That way, they can focus on saving money, getting a vehicle or regaining a driver’s license while we continue monitoring their progress and drug testing them.” 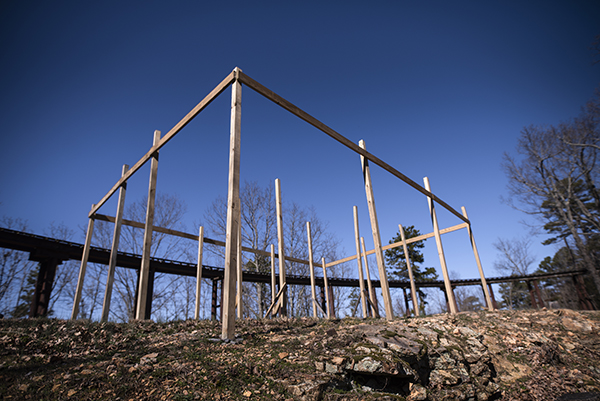 The ZOO program is free to enter, but so far the number of clients has hovered around 12-14 at a time due to financial constraints. “We cover all the housing and food costs for our clients. However, our program is biblically-based, so we don’t receive funding from the state or federal governments,” says Montgomery. “For that reason, we have to raise money every month to keep it open. It costs $4,000-6,000 every month to run the place with all-volunteer employees.”

Beyond passing the plate on Sundays, Montgomery and the ZOO men travel to other churches on Sunday nights, sharing their stories and fundraising. They also use proceeds from the church’s gift shop, the “Zoopermarket,” where they sell locally-made jams, jellies and quilts. Montgomery, obviously a big fan of puns, also created the “He-Brews” cafe, where visitors and church members can sip and enjoy the vibrant surroundings.

The Zoo Church Village regularly streams Sunday and Wednesday night services on Facebook, where they’ve received thousands of views. “Our regular Sunday attendance is around 70, and as of right now we have 30 members,” says Montgomery, who explains the reason for that disparity is due to the men in the ZOO program. “After a 28-day seclusion period, we allow them to have visitors on Sunday, so long as they attend the service first,” he says. 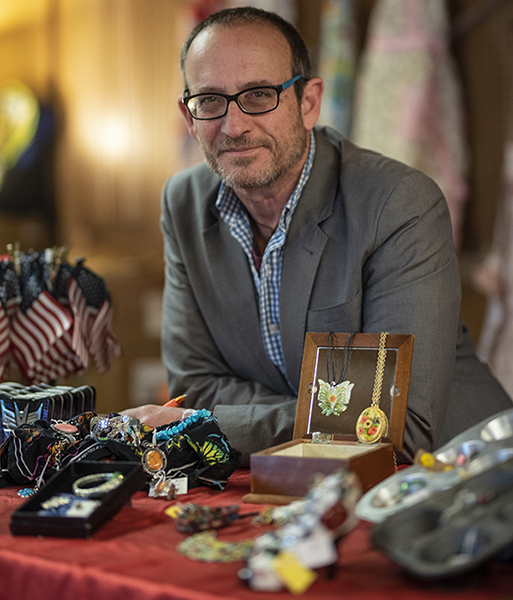 Montgomery and his staff have worked for years to rescue Hallie’s, repurposing the old zoo for a higher calling. “We’ve completely restored and remodeled the buildings and other structures. If we hadn’t come here when we did, none of the buildings would still be standing,” Montgomery says.

Hallie Ormond’s roadside attraction has walked a fascinating path, as most abandoned amusement parks simply rust into mere memory. Instead, Montgomery transformed Hallie’s Road Stop from a husk of a zoo to a vibrant, community-minded church, preserving a piece of local history and utilizing it to positively impact everyone they can touch.

“The zoo is the perfect place for us, and right for the Van Buren County community. The people here are wonderful and the view from the zoo is just spectacular,” Montgomery says. “The Zoo Church Village is just a great, peaceful place.”