Arkansas Arts Center: Then, Now, Next

Like a boulder dropped in a placid pond, the Arkansas Arts Center is set to make huge waves in the Arkansas cultural scene. The Arts Center has recently embarked on a complete renovation of its headquarters, the Museum of Fine Arts in Macarthur Park. The extensive expansion will feature nearly 130,000 square feet of renovated and new spaces, specifically tailored to address the changing needs of Arkansas’ growing population. In the meantime, the Arts Center has moved to a new temporary studio at the Riverdale shopping center. This unique space serves as a raw, unfiltered and open environment facilitating creativity in bold new avenues. 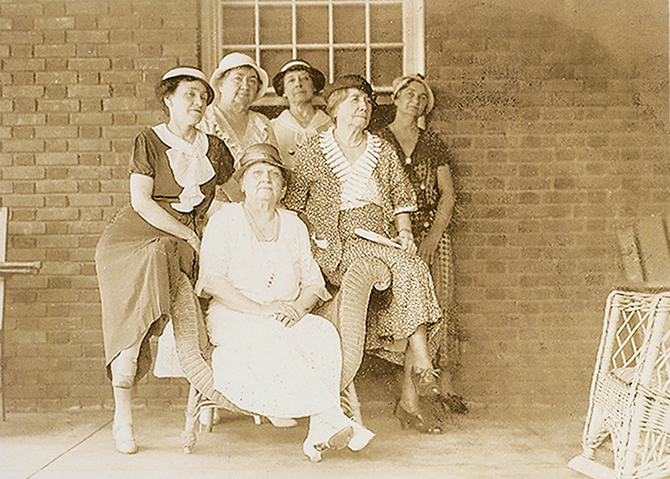 Since 1960, the Arkansas Arts Center has been a beacon of artistic advocacy and achievement within a number of mediums, including theatre, literature, music and visual arts. From its inception, the Arts Center has been deeply embedded in the framework of life in Arkansas. The hope for an artistic institution that could reach Arkansans in every town, hamlet, hill and holler across the state sprouted 45 years before the Arts Center came into being. In 1914, the Fine Arts Club of Arkansas formed in Little Rock with a mission to aid artistic development in the state and create a permanent art gallery, resulting in the construction of the original Museum of Fine Arts in 1937. Despite these massive strides, the Fine Arts Club recognized that its organization and museum alone wouldn’t be enough to satisfy the artistic needs of our growing state.

In 1959, the Fine Arts Club partnered with a then pre-gubernatorial Winthrop Rockefeller to advance a statewide fundraising campaign for the nascent Arkansas Arts Center. In an early example of crowdfunding, the fundraisers traveled the state, not only receiving support from businesses and philanthropists, but also from interested community members and their children. It was also during this time that the first incarnation of the Arts Center’s Artmobile was created, envisioned as a 40-foot museum on wheels that could bring real art experiences to every corner of the state. At the campaign’s conclusion, the Arts Center set out to provide permanent galleries and classes for the enjoyment and education of all Arkansans. The Arts Center has spent the past 60 years fulfilling this mission through several expansions and renovations, which eventually led to the board’s recent decision to completely remodel the museum.

While it is true that the museum will be closed for the next two years, the good people at the Arkansas Arts Center are not sitting on their thumbs. On September 14, their Museum School at their temporary Riverdale studio began to provide a comprehensive course catalog for artistically-inclined adults and youth. Classes range from drawing and photography to ceramics, wood- and metal-working. The Arts Center also provides various theater classes and a series in the business of art. In fact, for some of their departments, the new space is an improvement. Robert Bean, the painting and drawing department chair, found that the new open-concept allows him to have a full, well-lit modeling study for figure art. 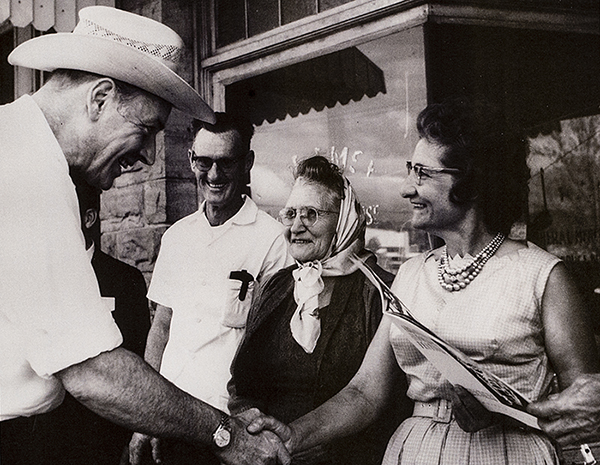 “We’ve actually got a more traditional setup now than we did at the original Arts Center,” says Bean. “It’s really more conducive for our painting classes.” While it’s too late to sign up for their current classes, registration for the winter quarter begins on November 25 with an expanded set of classes starting in January.

While at Riverdale, the Arts Center’s gallery will display its Young Arkansas Artists exhibition. Now in its 59th year, the YAA is a juried art installation exhibiting the works of young entrants from all over the state. “YAA is one of our most popular exhibitions,” says Brian Lang, the Arts Center’s chief curator. “We choose around 60 pieces from online submissions for display, then our judges pick several award winners.” Outside of its home studio, the Arts Center has also partnered extensively with the Central Arkansas Library System (CALS) to provide the community uninterrupted access to much of the Arts Center’s galleries, displaying 110 works from its art collection across the system with each tailored specifically to reflect the character of their selected CALS location.

In addition to its transplanted galleries, several Arts Center museum school classes will be held outside of their Riverdale location. The Arts Center will also sponsor weekly painting workshops at North Little Rock’s Old Mill; the Hillary Rodham Clinton Children’s Library along with the Terry and Maumelle branches will host several youth studio art and movement classes. The CALS main campus will feature drawing classes, while the Yella Dog Press in downtown Little Rock will titillate literary types with a selection of bookbinding and letterpressing classes.

If a museum school class is too much of a commitment, don’t fret; the Arts Center also has free monthly programs, says Rana Edgar, the Center’s director of education and programs. “First of all, we’ve partnered with the Clinton Children’s Library to have Art Start! and Super Sunday Family Fundays, which introduces young kids to art as a concept through games and artmaking,” Edgar says. The Arts Center also has a senior outreach program called Art Together, which is designed to create positive artistic experiences for elders with dementia and their caretakers. Information about all of their museum school classes and monthly programs can be found online. 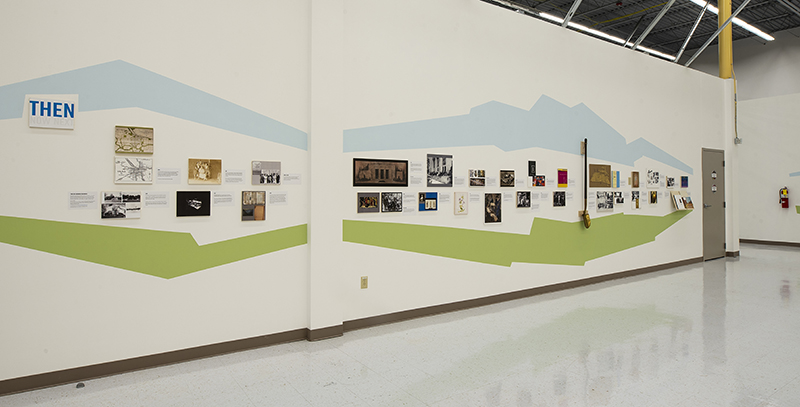 Then, Now, Next Timeline at the Arts Center’s temporary location in Riverdale.

At its Riverdale studio, while the surroundings have changed, the commitment to providing Arkansans with artistic education and exhibition has not wavered. The Children’s Theatre, now in its 40th year, has been restaged for the duration of the renovation. Bradley Anderson, the Children’s Theatre’s artistic director is particularly excited about the transition. “Children’s Theatre Restaged is the next chapter in our long history of bringing magic and joy to the stage,” Anderson says. “We are so excited for this opportunity to expand our traveling programs, and we can’t wait for families across the state to delight in our productions.” The 2019-20 season consists of four shows, including a production of A Christmas Carol during the holidays and The Wind in the Willows in the spring. Every Children’s Theatre production is adapted by Keith Smith, the Arts Center’s in-house playwright.

Also on tour is the Arkansas Arts Center Artmobile. Nearing its 60th year, the Artmobile provides a roving museum exhibit. “The purpose of the Artmobile is to bring museum-quality artwork to corners of Arkansas where they might not be otherwise exposed to it,” says Annika Warrick, the Artmobile’s art education specialist. “The Artmobile is our connection to the outside world.” This year’s mobile exhibit is “The Spirit of Independence,” which invites art lovers to reflect on our American ideals of freedom, equality and democracy. The Artmobile will rove all over Arkansas this year, starting at the Faulkner County Festival and continuing across the state at a number of schools and public festivals in the coming months.

If you visit the Riverdale Studio’s galleries and find that you just can’t bear to leave without a memento, the Arts Center’s museum store carries artwork created by museum school instructors, as well as a great selection of art books, supplies and Arts Center merchandise. The newly streamlined and focused store provides physical links between patrons and local artists, says Katie Wilson, the AAC’s retail operations manager. “All of our pieces on sale in ceramics, wood, glass and half of the jewelry are made by Arts Center artists and instructors,” says Wilson. “We’ve also begun selling art supplies to our students in the store, to save them the hassle of finding it around town.”

As you can tell, there is enough happening right now at the Arts Center to fill a book and even more going forward. The Arts Center celebrated the start of construction at Macarthur Park with an official groundbreaking on October 1 with the grand opening projected to take place in early 2022.

Warren Stephens, a co-chair of this reimagining campaign, is excited about the effect that this will have on the community. 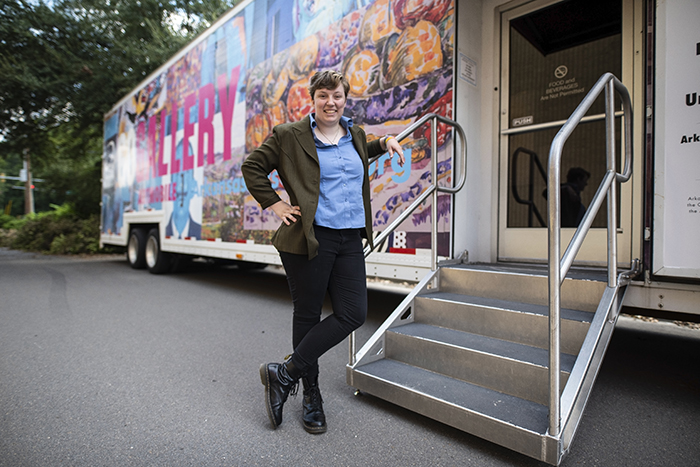 Stephens and his wife, Harriet, provided a “transformational lead gift” in the early stages of the Arts Center’s campaign to raise the nearly $130 million funds necessary for the new construction. In their honor, new galleries will be named the Harriet and Warren Stephens Galleries.

Standing out among the 130,000 square feet of new and updated space will be what they are calling the Cultural Living Room, a beautiful reimaging of public space, wrapping around the museum’s north side to create a dynamic gathering space and event venue for the community. Beyond that fascinating new area, the new Arts Center will contain cutting-edge gallery spaces, renovated facilities for the Museum School, and a fully updated children’s theatre with an expanded Black Box theater. 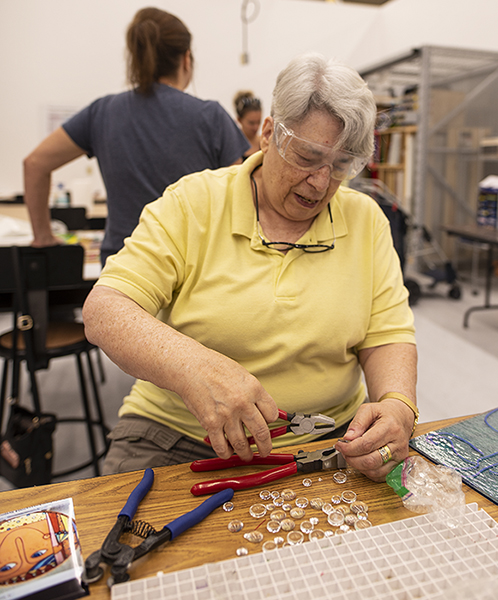 Also on the Arts Center’s docket is its annual Museum School Sale, starting on November 22 with a member’s only preview and a public opening on the 23rd at the Arkansas State Fairgrounds. With all pieces coming from Museum School instructors and students, the sale is a great opportunity to support the Arts Center while picking up a unique holiday gift for a loved one, or simply expanding your own personal art collection.

You can get involved with the Arkansas Art Center’s bright future, either through enrolling in its Museum School classes or donating to their capital campaign to help fund its Macarthur Park project. Membership is also a great option, allowing access to a bevy of benefits like discounts, free admission to ticketed exhibitions and access to members only events and previews.

Despite its uprooted status over the next two years, the Arts Center will continue to provide artistic and cultural opportunities for the people of Arkansas. “We’re really excited to use this change as an opportunity to deepen our engagement with the community locally and regionally,” says Chief Curator Lang. “This is a great time for us to get out and explore the state, showing everyone the resources we have and showing the country that Arkansas has a rich artistic heritage.” 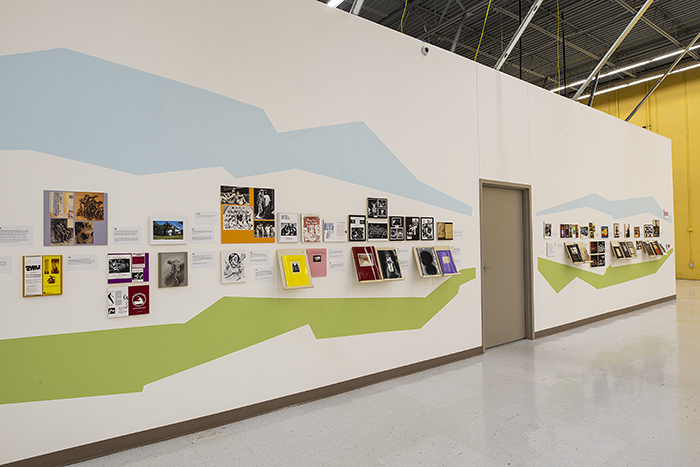 Then, Now, Next Timeline at the Arts Center’s temporary location in Riverdale.