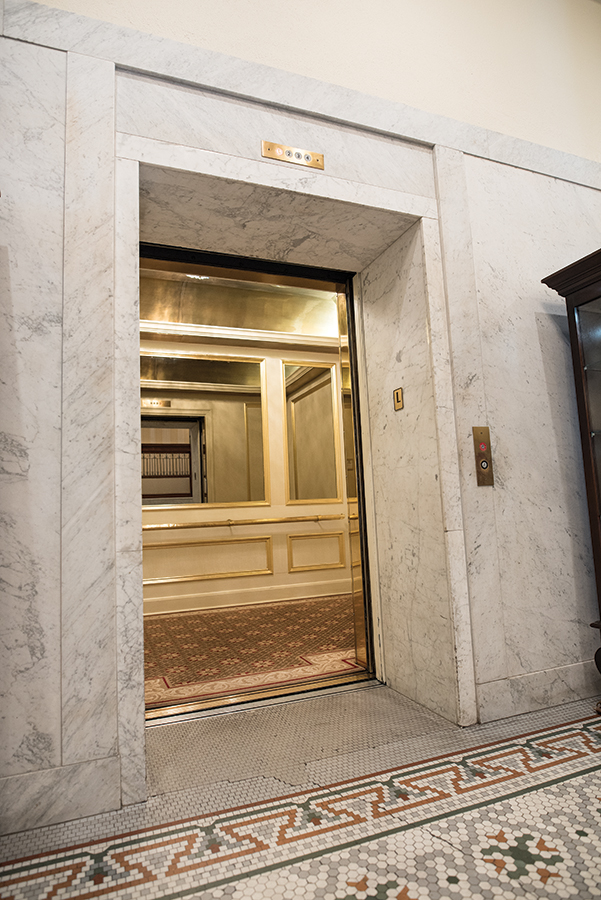 Capital Hotel – I’m told there’s no corroborating photographic evidence, but legend has it that during his April 14-15, 1880, stay at Little Rock’s Capital Hotel, President Ulysses S. Grant used the hotel’s enormous elevator to transport a horse to his suite. However, I can confirm that the elevator – at 11.5-feet wide by 7.3-feet deep – could easily accommodate several fine steeds.
That’s just one of the tales surrounding the oversized elevator. Witt Stephens, late uncle of Warren Stephens, the Capital Hotel’s owner, and at one time the single most powerful political operative in the state, was rumored to have enticed the entire 135-member Arkansas General Assembly on board the elevator during his heyday. That feat seems rather unlikely, but he well may have lured the omnipotent Revenue and Tax Committee into the lift.
This iconic hotel – which has hosted actors, authors, corporate titans, political wannabees and sitting presidents – was originally known as the Denckla Block. Built in 1872, the 132 x 130-foot three-story brick structure incorporated a cast-iron front from New York, which arrived in sections via the Arkansas River. The 1889 addition of a fourth floor included a cast-iron façade to match the original look.
The Denckla building housed shops, offices and apartments for businessmen before its rapid conversion to an upscale hotel when the Metropolitan Hotel, Little Rock’s only fine lodging at the time, burned on Dec. 14, 1876. Renamed the Capital Hotel, it opened on Jan. 22, 1877, and served as the city’s premier lodging establishment for the next 30 years. A favorite of political candidates, the Capital regularly provided headquarters for one campaign after another. It wasn’t unknown for warring candidates to orchestrate their efforts from opposite ends of the building. 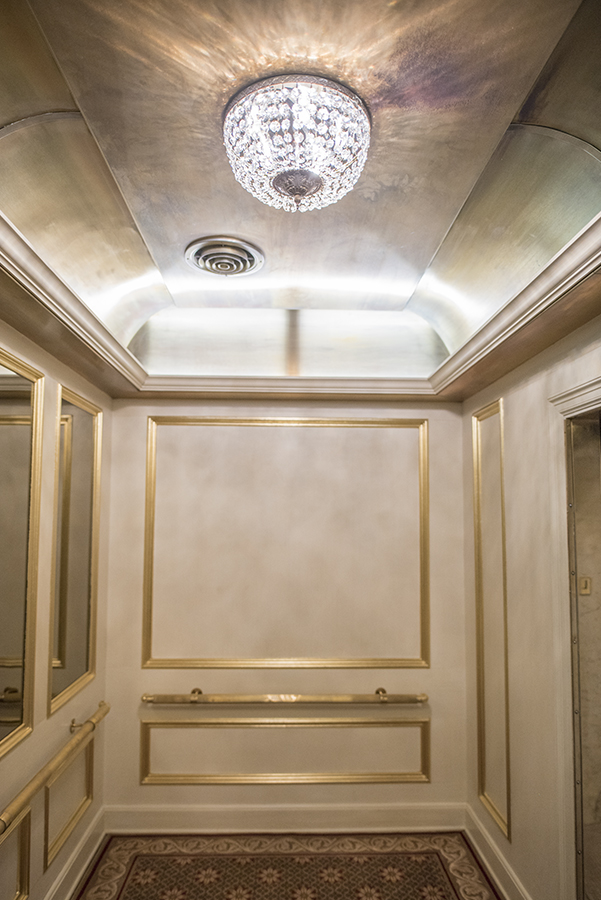 However, the 1907 opening of the Marion Hotel – a bigger, taller and newer property almost directly across the street – put an end to the Capital Hotel’s dominance. Although never forced to close, it did change ownership several times and it hit some R-rated low points over the subsequent decades before a new group of investors began a major restoration project in the early 1980s and reopened the Capital Hotel in late 1983. Following an extensive two-year renovation, the hotel – now owned by Little Rock businessman and philanthropist Warren Stephens – once again opened its doors in November 2007. In 2013 the Capital Hotel earned a four-star review from Forbes Travel Guide, the only such rating in the entire state.
Rather than trying to describe this wonderful Victorian building, I recommend a personal visit. As you enter the Capital Hotel, slow down and pay attention to the exquisitely tiled lobby and the stately faux marble columns. Stop for a moment and gaze up at the detailed craftsmanship of the mezzanine. Take that large elevator to the second floor and stand on the balcony overlooking Markham Street and the Statehouse Convention Center, now occupying the site of the former Marion Hotel. Enjoy an adult beverage in the quaint but lively bar and discreetly check the crowd for famous faces. Experience fine dining at One Eleven, the hotel’s signature restaurant. And if you have time, plan an overnight stay.

The Capital Hotel offers a rare combination of history, elegance and ambience – clearly making a statement about the city’s past. To know that a building of such historical significance continues to remain an integral part of the community’s fabric also helps us feel comfortable about Little Rock’s future.