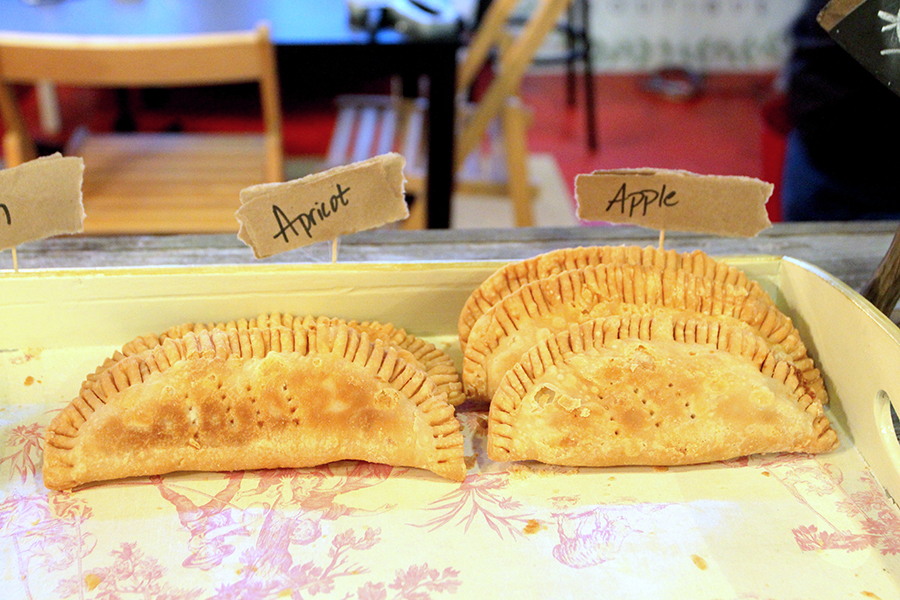 When I hear the pop song with lyrics that go “If loving you is wrong, I don’t wanna be right,” my strange mind has been known to wander to fried pies. These Southern delicacies are so wonderfully delicious, yet their nutritional qualities are so… well, let’s just leave it at questionable. Not only are the best of these temptingly tasty delights fried in lard (i.e., pig’s fat), the typical fried pie contains anywhere from 275 to 400 calories and delivers about 30 percent of an adult’s recommended daily intake of fat, along with 20 percent of a person’s suggested sodium consumption. And who among us can resist the urge to reach for that second serving?

Of course, serious fried pie devotees will quickly offer compelling if duplicitous counterarguments, stating they only eat apple, peach, cherry or apricot pies – all of which allegedly provide semi-valuable servings of vitamin-rich fruit. Those of us who savor the chocolate version are still looking for a comparable rationalization.

Locating fine fried pie establishments is similar to tracking down top barbecue joints. In fact, I’ve discovered it’s not unusual to find fried pies in many of Arkansas’ favored barbecue diners. Based on personal experience, the best approach is to simply ask knowledgeable residents if this delectable dish is available locally. My own exhaustive survey indicates that East Arkansas is more likely to offer exceptional fried pies than other regions of the state.

Should you wish to try your own hand at making a fried pie, here’s a proven recipe, generously provided by the excellent cooks at the Ozark Folk Center in Mountain View:

Mix into above liquid:

Using an electric mixer, blend until texture of dough is silky (not sticky or dry). Adjust with small amounts of liquid if too dry to roll or small amount of flour if sticky.

Pull an amount the size of a walnut and form into a ball. Roll this into a 6” circle.

Place 4 oz. of preferred filling* toward one side of the circle of dough. Brush the edges of the circle with evaporated milk. Fold in half and seal edges using tines of fork. Punch holes in the top twice using a fork (to prevent pie’s explosion).

Using lard (or vegetable oil), deep fry at 350° for five minutes – or until golden brown. Turn pies when bottom side browns. Drain on paper towels. Recipe will make a dozen pies.

* one option is to use dried fruit which has been cooked, mashed and sweetened to taste.

I cannot recommend that fried pies become a regular staple of your diet. But I will heartily suggest that you find an occasion to try one of these pleasing pastries, fresh from the deep fryer and preferably accompanied with a big dollop of homemade vanilla ice cream.

Each month, AY will share one of the 165 distinctive essays. We hope these stories will give you a new appreciation for this geographically compact but delightfully complex place we call home. These Arkansas Backstories columns appear courtesy of the Butler Center for Arkansas Studies at the Central Arkansas Library System. The columns will be collected and published in book form in late 2018 by Butler Center Books.