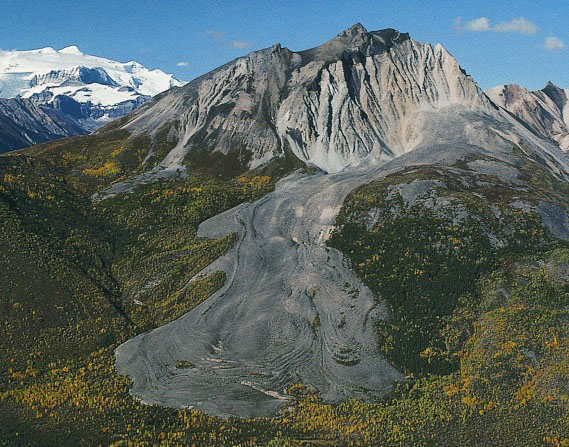 Glaciers in Arkansas? No doubt most people assume a glacial experience in North America requires an extended visit to Montana, Alaska, Canada or another high-altitude, cold-weather locale. And given climatic changes and ominous reports of the demise of these spectacular valley-clogging behemoths, one might feel a sense of urgency to make that trip.

But yes, to the surprise of almost everyone, we do indeed have a few glaciers in Arkansas. And there’s no need to hurry since ours aren’t going to melt anytime soon.

Glaciers in the Natural State are what geologists call “rock glaciers.” The handful of these unusual occurrences can be found on Arkansas’ western border near the peaks of the Ouachita Mountains.

A good place to record your initial Arkansas glacial encounter is in the Black Fork Mountain Wilderness Area, a short distance north of Mena. Take your pick of two trailheads at the eastern end of Black Fork Mountain and then begin a five-mile trek up the long ridge which eventually stretches into Oklahoma. Depending upon the time of year, the trail may be less than obvious; blazes (trail markers) aren’t always easy to spot. Some seem to be missing altogether.

But hikers will have no trouble identifying the rock glaciers. They’re huge expanses of boulders sprawling from near the crest into the ravines below. These glacial fields, completely devoid of vegetation, can easily cover up to 35 acres. And, like their icy cousins, these amazing phenomena slowly but inexorably creep down their steep valleys as a consequence of Mother Nature’s freezing/thawing cycle. Geologists speculate the rocky masses could have a depth of approximately 50 feet.

Despite their barren appearance, Arkansas’ rock glaciers host a surprising variety of wildlife. Insects, lizards and rodents of one sort or another inhabit the countless cracks and crevices and they, in turn, attract a variety of predators — to include several species of snakes. Perhaps the most unexpected inhabitants are the bats that flutter deep down into the dark and rocky labyrinth to hibernate during the cold months.

Along the route to these uncommon formations, hikers will enjoy panoramic views of Rich Mountain to the south, home of Queen Wilhelmina State Park. Also, the trail winds through dwarf forests where mature oaks top out at 12 to 15 feet due to the thin soil and harsh climatic conditions. Some of these small but hardy trees are over 300 years old.

For those contemplating an expedition to these fascinating southern glaciers, I’d recommend the fall and winter seasons. You may leave your carabiners, crampons and ice axes at home although you might want to wear an orange vest during hunting season. And there’s no need to worry about avalanches.