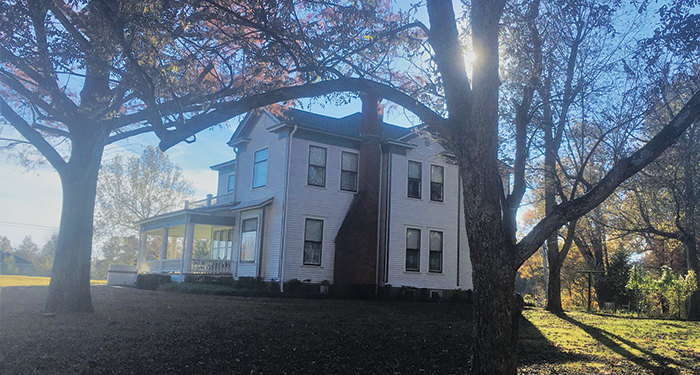 In a late 1933 letter, posted in Paris, to the editors of Esquire magazine, Ernest Hemingway wrote, “Paris is very beautiful. … Me, I like it better … in Piggott, Arkansas, in the fall.”

Although in print less than a year, Esquire had already attracted 200,000 subscribers, but it’s unlikely that more than a few dozen, if that many, had ever heard of Piggott, a fine little community of about 1,900 residents in Arkansas’ northeastern corner. It was also the home of Pauline Pfeiffer, Hemingway’s second wife.

Earning a degree from the University of Missouri’s School of Journalism in 1918, Pfeiffer first worked with newspapers in Cleveland and New York before her writing/editing skills and familiarity with fashion landed her a coveted job in Paris. Serving as assistant to Vogue magazine’s Paris editor, she also enjoyed the glamorous social circuit in the City of Lights. It was at a party in 1925 where she met Hadley and Ernest Hemingway.

A struggling writer at the time, Hemingway soon became smitten with the vivacious and chic Ms. Pfeiffer. He divorced Hadley in early 1927 and married 31-year-old Pfeiffer in Paris a few months later. She bore him two sons — Patrick and Gregory — prior to the couple’s divorce in 1940.

Before the marriage ended, Hemingway — who went on to win both the Nobel and Pulitzer prizes — visited Piggott regularly with her during the late 1920s and throughout the 1930s. They would stay in northeast Arkansas for weeks at a time with her parents, who were among the wealthiest folks in the area.

With more than 60,000 acres of northeast Arkansas land in their possession, the Pfeiffer family provided plenty of opportunities for hunting — one of Hemingway’s favorite pastimes. Quail were his usual quarry, although on at least one occasion he took his legendary New York editor, Maxwell Perkins of the Charles Scribner’s Sons publishing house, on a southeast Arkansas duck hunt.

Hemingway also found time to write during his stints in Arkansas. In fact, he composed a large portion of A Farewell to Arms while in Piggott, working in an adjacent barn the Pfeiffers converted into a writing studio for their increasingly famous son-in-law. That studio, now restored to its original condition, is open for the public’s enjoyment, as is the Pfeiffer home at 1021 West Cherry St. in Piggott. Artifacts in the studio are similar to the furnishings and accouterments present when Hemingway was at work, but few are original — exceptions being Hemingway’s poker table, some clay pigeons, and an antique cabinet. The Pfeiffers essentially cleared out the studio when Hemingway left their daughter for another woman (something he was prone to do).

One of Pauline’s uncles, Gus Pfeiffer, provided substantial financial assistance for Ernest and Pauline throughout their marriage. Hemingway, grateful for this help, recognized Gus by dedicating A Farewell to Arms to him. The movie version of A Farewell to Arms, which won two Academy Awards and starred Helen Hayes and Gary Cooper, had its world premiere in Piggott on Dec. 7, 1932 — complete with searchlights sweeping through the Clay County sky. Although dignitaries and critics had filled the town for the gala, Hemingway didn’t attend. He’d walked downtown that afternoon and apparently overheard two women at the soda shop complaining the special viewing of A Farewell to Arms had postponed the scheduled showing of Tarzan the Ape Man. Hemingway stomped back to the loft and got drunk on a bottle of scotch.

The Hemingway-Pfeiffer Museum and Educational Center in Piggott, a handsome site maintained by Arkansas State University, anchors the north end of Crowley’s Ridge Parkway, one of Arkansas’ national scenic byways. Visits during the fall are especially enjoyable, but don’t take my word for it. Let Ernest Hemingway be your inspiration.