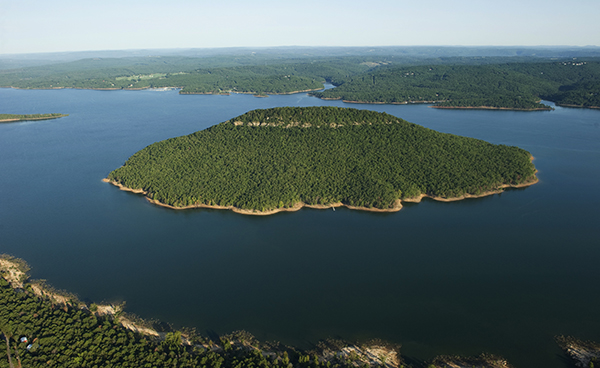 Mention the word “islands” among friends and colleagues, and you’re likely to get a wide assortment of reactions: the Caribbean, Staten Island, Alcatraz, the Florida Keys, Hawaii or Manhattan. The more learned among your associates might quote poet John Donne (“No man is an island”) while some will prefer Paul Simon’s contrarian view (“I am an island”). Those occupying the other end of the intellectual spectrum might proudly reference one of the characters from Gilligan’s Island. In any event, Arkansas is unlikely to come up in the conversation.

Fact is, the Natural State is blessed with a remarkable array of these interesting geological anomalies. Dozens of islands are scattered along our east coast, more commonly known as the Mississippi River — and several are surprisingly large. Buck Island, near Helena, for instance, is nearly 900 acres in size. Downstream near Arkansas City is Choctaw Island, another extensive tract managed for wildlife. These and others in the Mississippi, Arkansas and White rivers are natural islands formed over the centuries by meandering channels of the streams, often appearing after major floods. And a few, among them Island No. 32 on the Mississippi River near present-day Osceola, disappeared altogether as a result of the notorious New Madrid earthquakes of 1811-1812.

Many of Arkansas’ islands are man-made and relatively young. During the 1940s, ’50s, and ’60s, the U.S. Army Corps of Engineers constructed a dozen or so dams across most of the state’s major rivers. As lake levels rose, they eventually covered tens of thousands of acres of valleys, coves and hills. Now and then, however, an isolated mountaintop stood above the encircling waters.

One that I fondly recall is Goat Island on Lake Norfork in north central Arkansas. Located about a quarter of a mile off Jordan Landing, it’s well-known for something not often found in the state: sandy beaches. As a child, I spent many a fine hour with my parents and sisters on Goat Island, picnicking, swimming and throwing horseshoes. We never did spot the legendary goats.

Greers Ferry Lake, about 75 miles north of Little Rock, includes a handful of islands, the most prominent of which is Sugar Loaf Mountain. Towering over the western end of the reservoir, Sugar Loaf’s peak can best be appreciated via a 2-mile-long national recreation trail which winds its way to the top nearly 550 feet above the lake’s surface. It’s a moderately strenuous climb, but the views from the bluff are worth the trouble. You’ll need a boat, of course, to reach the trailhead.

Southwest Arkansas’ DeGray Lake features a small collection of islands, and one of them is home to the 96-room lodge of DeGray Lake Resort State Park. Given that a paved causeway now provides access to the lodge, purists may claim it’s no longer an island by the strictest of definitions. But I’m willing to give it benefit of the doubt.

Arkansas’ unquestioned island hopper’s paradise is Lake Ouachita, a major federal impoundment a short distance west of Hot Springs. With more than 200 islands spread among its 40,000 acres, this is the place for anyone wanting a modern-day Robinson Crusoe experience. Its crystal clears waters surrounded by the Ouachita National Forest, the lake offers a scenic and relaxing antidote to our 21st-century pace. Overnight island camping is permitted, but here’s some advice for the wise: the best sites go quickly during the summer months.