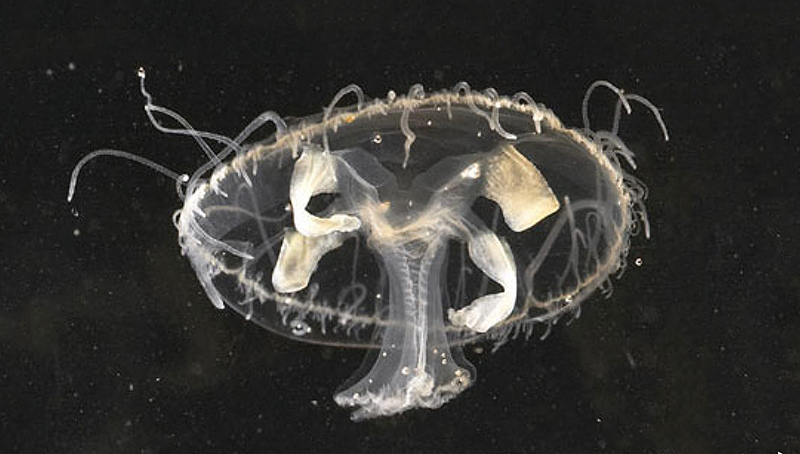 Want to swim among jellyfish without worrying about those nasty, painful stings and unsightly welts? It can be done and, better yet, it can be done locally. You only have to travel to Lake Ouachita and the best time is in the summer months, especially in early September after the water’s had plenty of time to warm up.

Our freshwater jellyfish, known to scientists as Craspedacusta sowerbyi, are more or less bell-shaped and about the size of a thimble. Congregating in swarms and readily visible to the attentive swimmer or boater, they’re translucent while displaying a whitish or greenish tint. With four long tentacles used for propulsion, they also have dozens of smaller tentacles dangling from their bodies to capture food. These shorter appendages contain hundreds of stinging cells which are used to paralyze prey. The good news is that the lesser tentacles are too small to penetrate human skin. 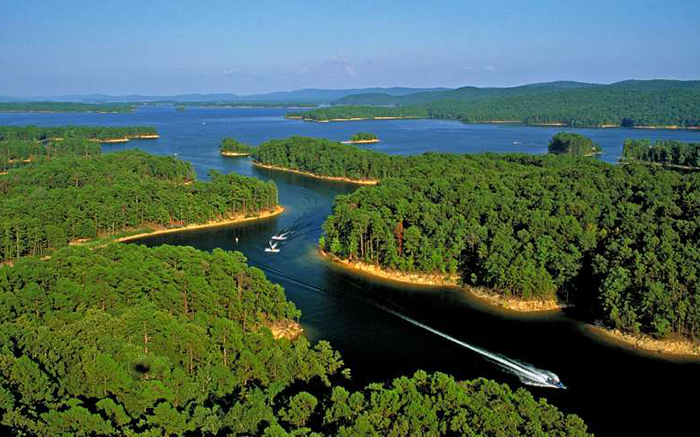 Arkansas’ jellyfish are primitive life forms, lacking a head, skeleton or specialized organs for respiration or excretion. Their anatomy, however, includes a mouth and a relatively large stomach. The food source is zooplankton, the microscopic organisms drifting by the billions through the water.

When early September rolls around and the Hot Springs area forecast calls for a bright, sunny day during the middle of the week, head to Lake Ouachita for your own Arkansas jellyfish experience. Kids will be in school and Arkansas’s largest lake will be all but deserted. Enter the warm waters and you’ll probably soon spot some of these special little creatures on or near the surface. If conditions are right, you might even observe a “bloom” of the jellyfish — or a large number of them grouped together.

There’s yet another surprise for the lake’s snorkelers and scuba divers: Freshwater sponges. Usually found attached to the tops of submerged rocks or logs, the sponges range in color from light tan to green. As with jellyfish, Arkansas’ sponges are most likely to be seen in late summer and early fall. These thin creatures sometimes reach the size of saucers in the clear, clean waters of Lake Ouachita.